In 2020, Revenue Protection (RP) was used on 93% of insured acres in Illinois, making it by far the most popular crop insurance product (farmdoc daily, November 17, 2020). Herein, we examine coverage levels while insuring with RP. Average coverage levels were high.  Most farmers choose coverage levels such that premiums are between $15 and $23 per acre. 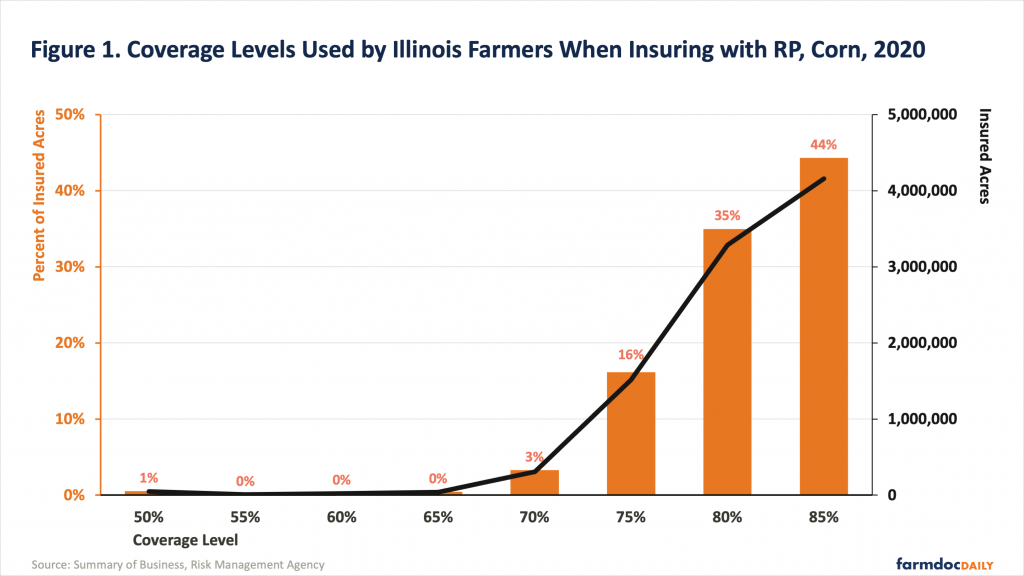 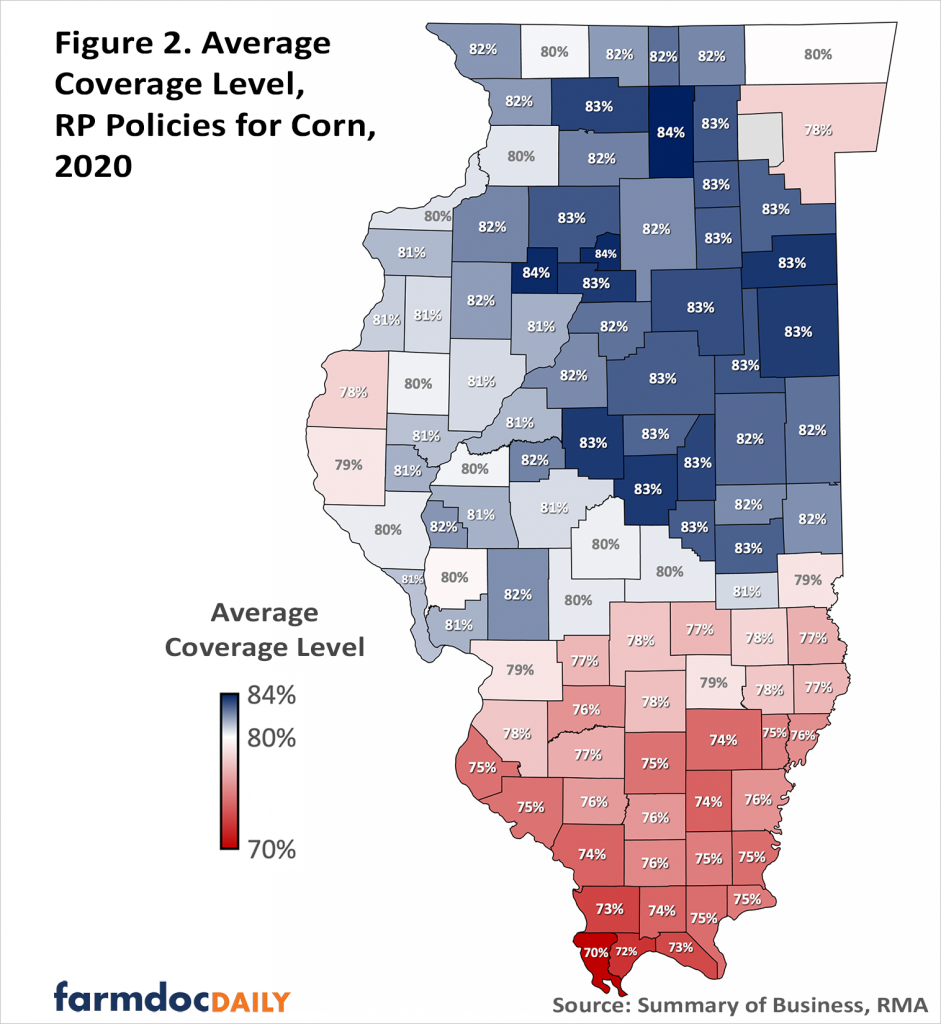 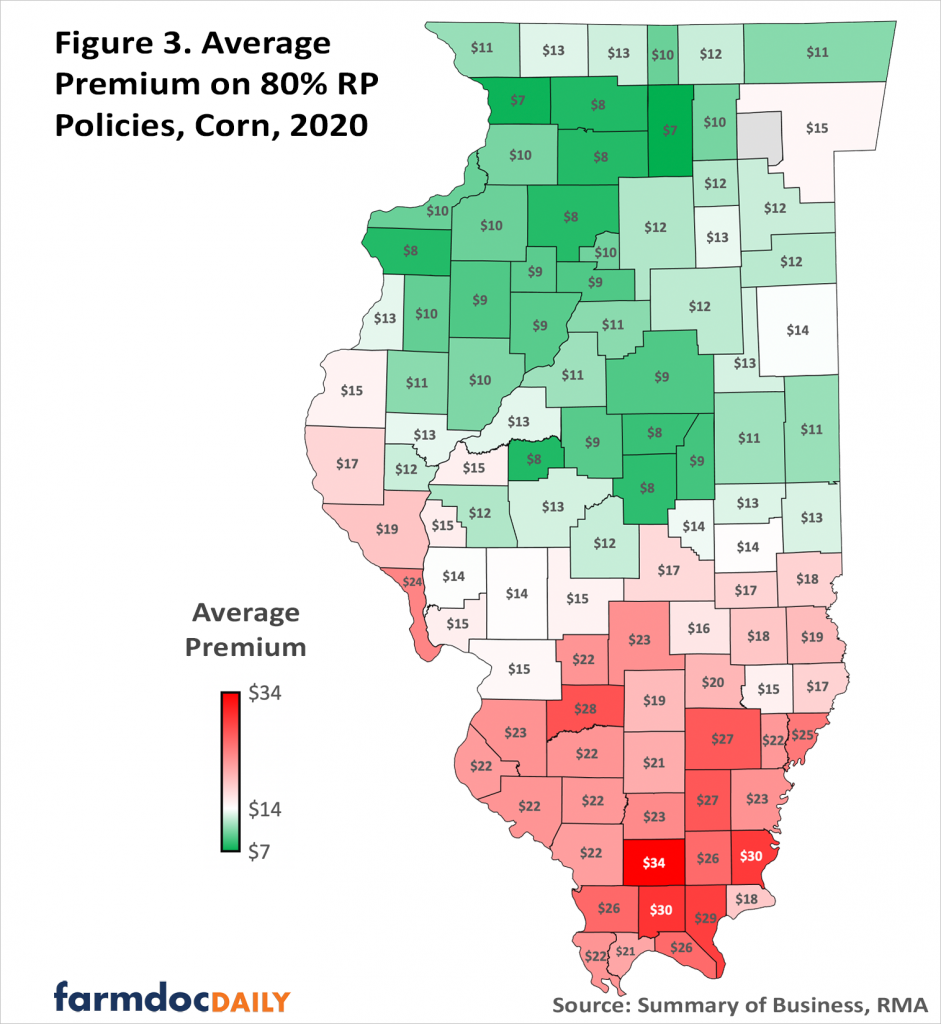 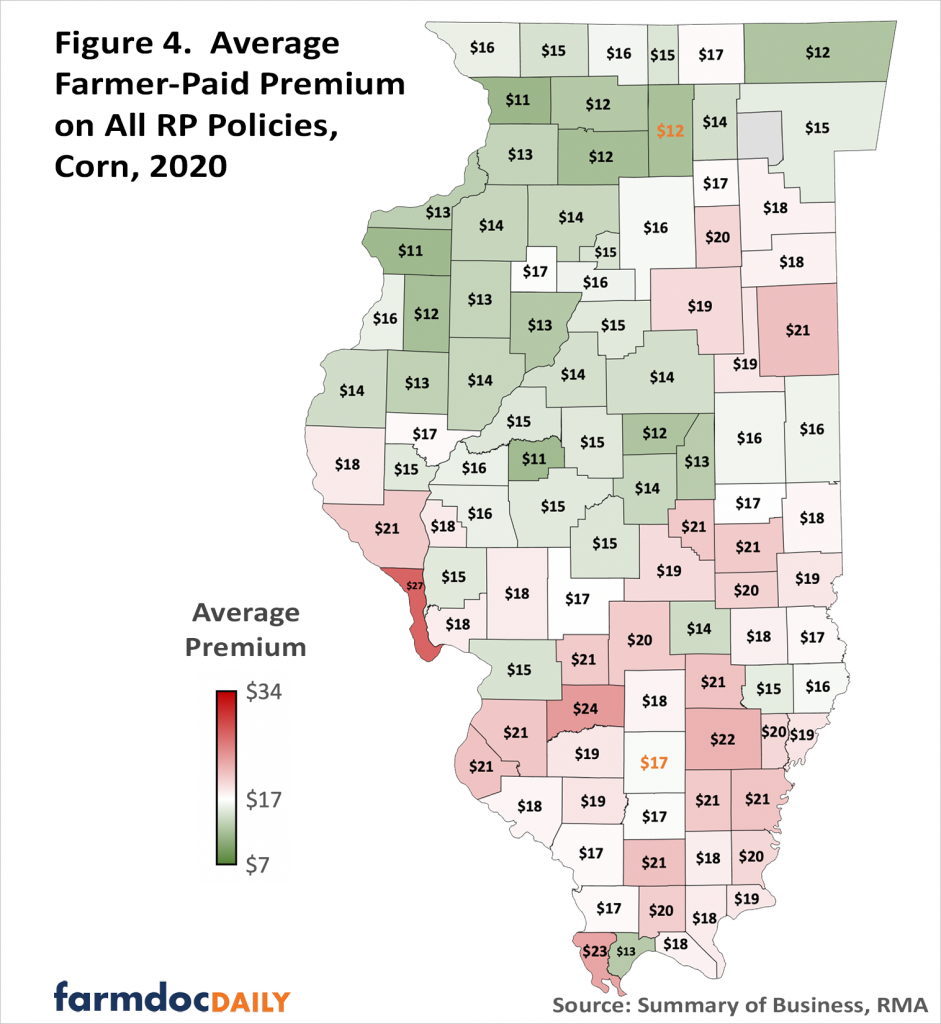 Average Coverage Levels Across the Midwest

This year, a new endorsement is available called the Enhance Coverage Option (ECO). ECO will provide county revenue coverage above the underlying RP policy in a band from 90 or 95% down to 86% (see farmdoc daily, November 24, 2020). One challenge this policy will face is premium costs. Aggregate statistics suggest that farmers place constraints on the amount they spend on crop insurance. Those constraints may prevent many farmers from buying the additional coverage. Purchases of ECO may be more likely in northern and central Illinois where premiums are lower. 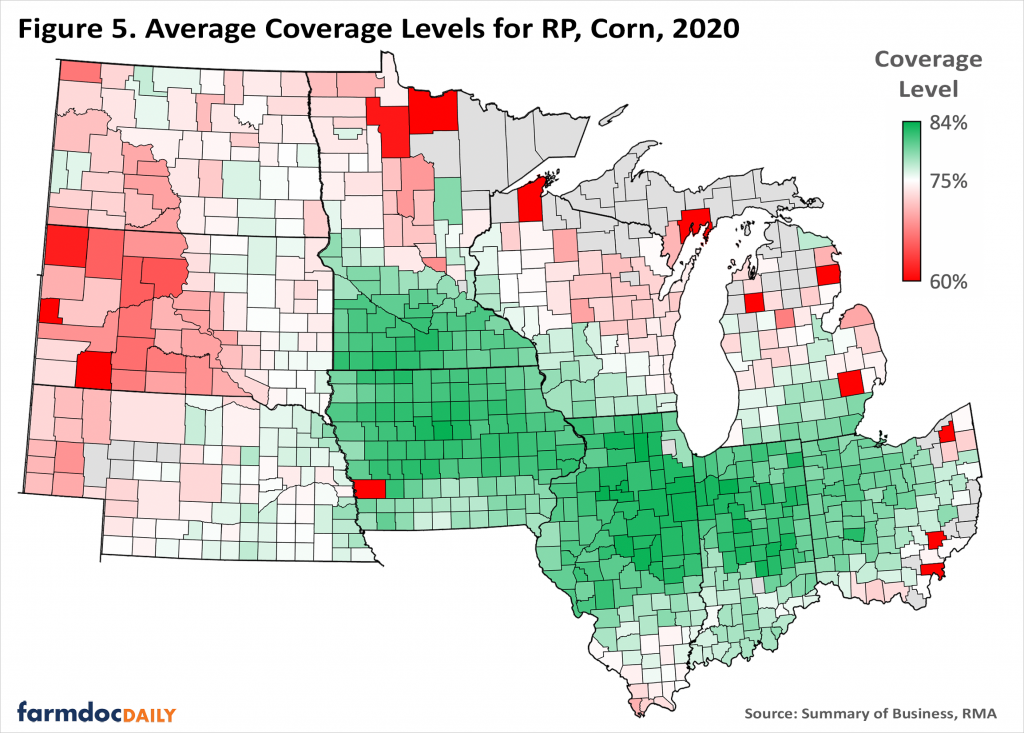