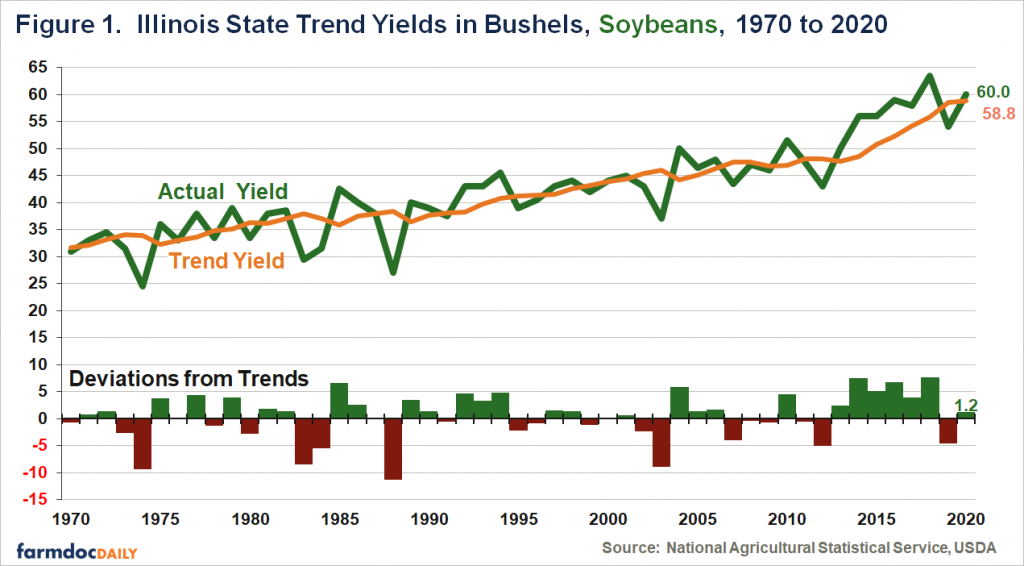 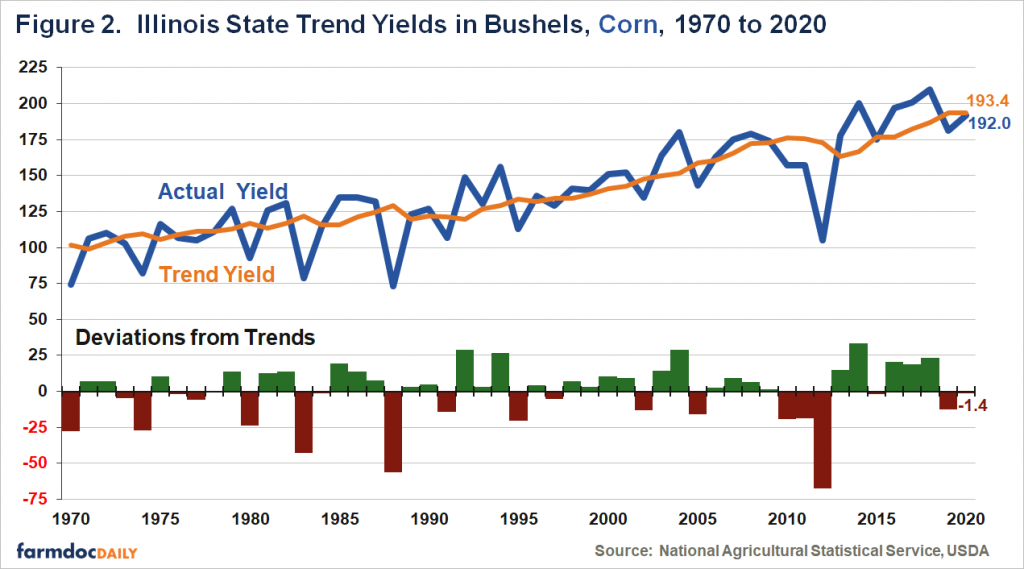 Since the 2012 drought, both soybeans and corn have had a period of excellent yields in Illinois, leading to higher growth in trend yields than in years previous to 2012. This period of exceptional yields leads to questions of whether technological increases or good weather have been driving higher yields. Likely, both technology and weather have played a role. For soybeans, earlier planting of soybeans and corresponding use of seed treatments likely led to soybean yield increases. For both corn and soybeans, seed genetic companies’ increased use of information technologies in breeding probably has accelerated trends.

Still, good weather also plays a role. Illinois has not seen widespread drought since 2012, a positive for corn yields which can be particularly susceptible to dry weather. Instead, both July and August weather has generally been conducive to higher yields. If man-made climate change is currently affecting weather in Illinois, it has not resulted in below-trend yields or diminishing increases in trend yields. Despite much concern about climate change, the overall levels of recent yields in Illinois do not present alarm.

The large increases in trend yields may not continue into the future. That is dependent on the rate of development for new products or practices that can improve yields versus the plateau effect of those already in use. If early planting and seed treatments increased soybean yields more in recent years, the increase from the adoption of these technologies likely will come to an end when these practices have widespread adoption, a situation that may have occurred already. Moreover, pests in agriculture have been relatively controlled in recent years. Soybean aphids, corn borer, rootworms, and other pests have not presented widespread problems, but new pest issues could arise at any time.

In Illinois, soybean and corn yields have been exceptional since the 2012 drought. The period of good yields may come to an end. Still, it is reasonable to obtain the trend levels for 2021, which are 60.3 bushels per acre for soybeans and 195.9 bushels per acre for corn.