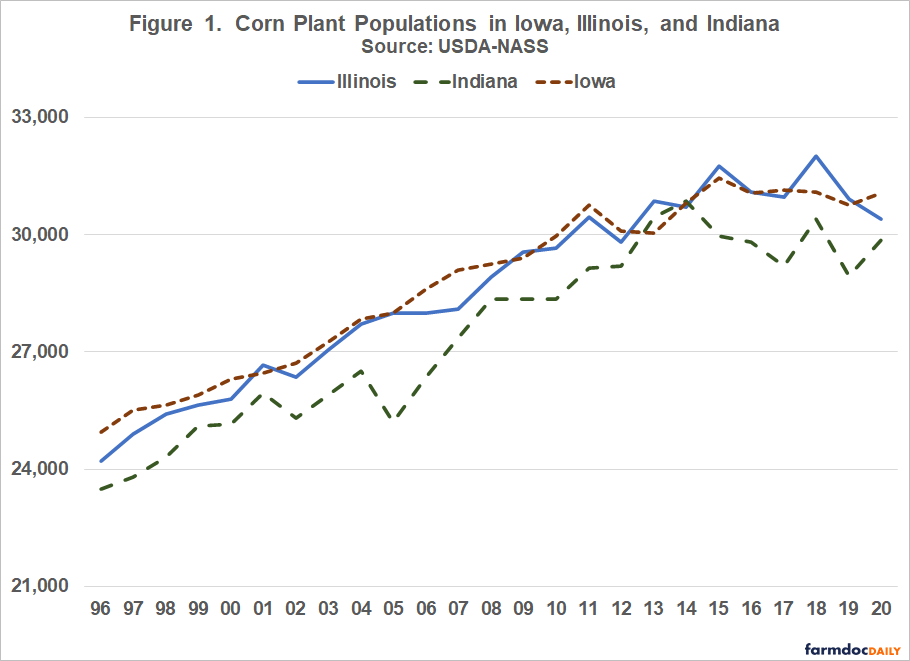 To examine the relative importance of changes in seed price and plant population to changes in seed costs, we developed indices for all three of these measures.  Figure 2 presents indices for seed cost, seed price, and plant population in the three states represented in Figure 1 (i.e., Iowa, Illinois, and Indiana) from 1996 to 2020.  The base year for each measure was 2011. 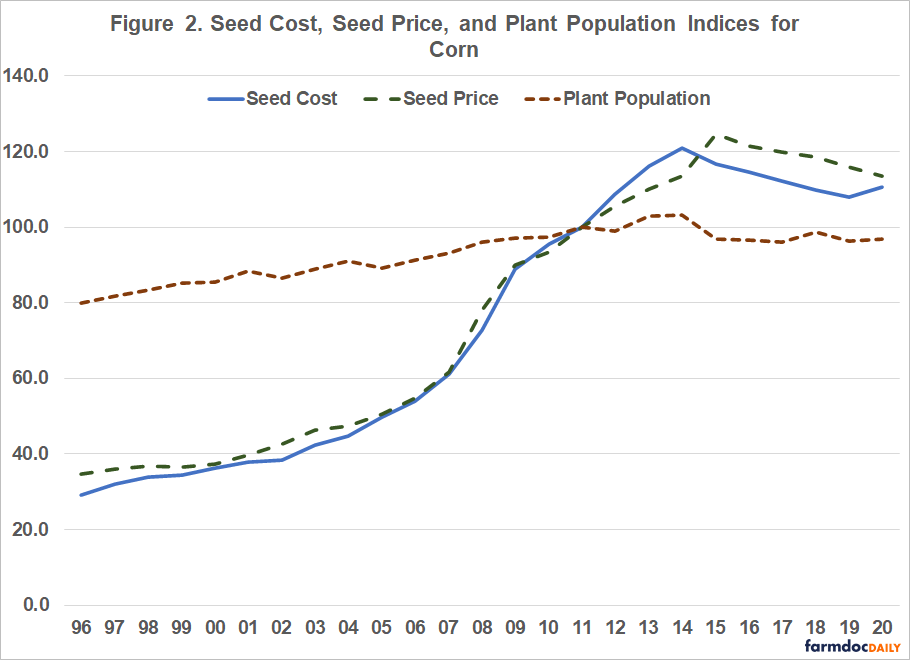