The 2011-2020 crop years are examined. The initial year reflects the emergency of Kazakhstan, Russia, and Ukraine as large wheat and corn exporters following the higher prices that began in 2007.   A large exporter is defined as a country whose exports of a crop exceeded 100 million bushels each year from 2011 through 2020.  Thirteen country-crop combinations met this definition.  Exports for a year are compared to average exports for the 3 prior years.  For example, US exports of corn for 2020 are compared to average US corn exports for 2017-2019.  Variability is measured as the standard deviation of the percent deviation of a year’s export from average exports for the 3 prior years.  The data used in this analysis come from the US Department of Agriculture’s Production, Supply, and Distribution data set.  Trends in country export shares for these 3 crops were examined in the farmdoc daily article of February 1, 2021. 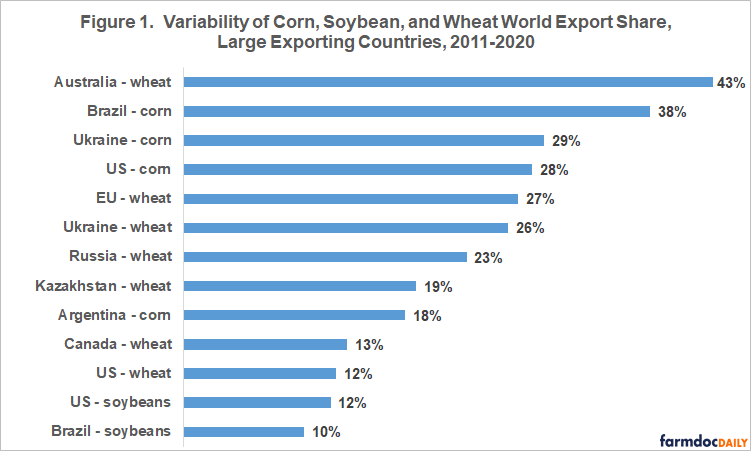 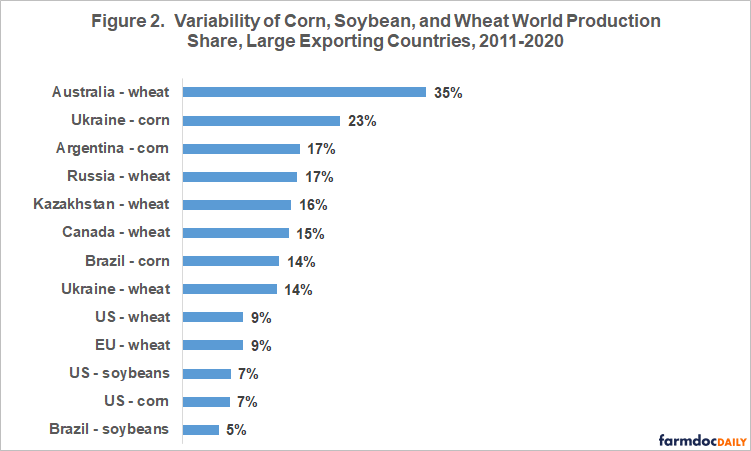 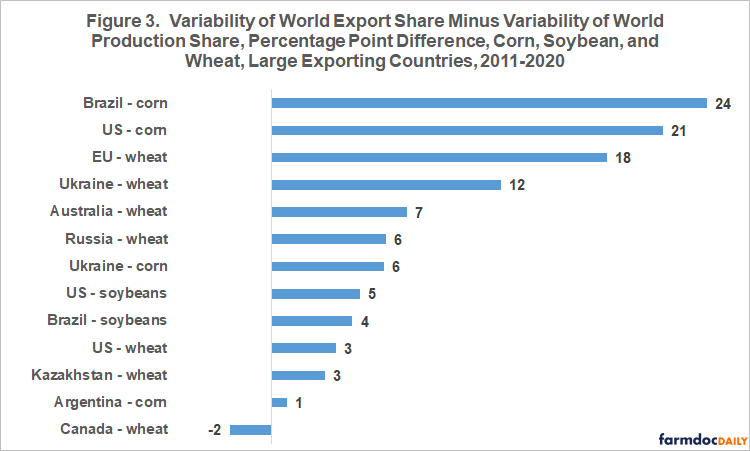 Compared with other large exporters, variability of US corn, soybean, and wheat exports is high only for US corn exports and only after adjusting for the variability of production, which is low for the US.  This finding is not consistent with the idea that the US is a residual supplier of corn, soybeans, and wheat to the world, which in turn should make US agriculture feel more comfortable with the viability and sustainably of export-led demand growth.

To cross check this analysis, variability of the share of world exports and production for the 13 country-crop combinations was examined.  While some differences were found, they were minimal and did not alter the findings and conclusions of this analysis.