Since summer, nitrogen prices have risen dramatically, reaching record-high levels (see Figure 1). According to the most recent data from the Agricultural Marketing Service, nitrogen prices have continued to rise into December. On December 3rd, the average price in Illinois for anhydrous ammonia was $1,434 per ton, up by $91 per ton from the price two weeks prior. Since last December, anhydrous ammonia prices have increased $960 per ton, more than doubling in price. 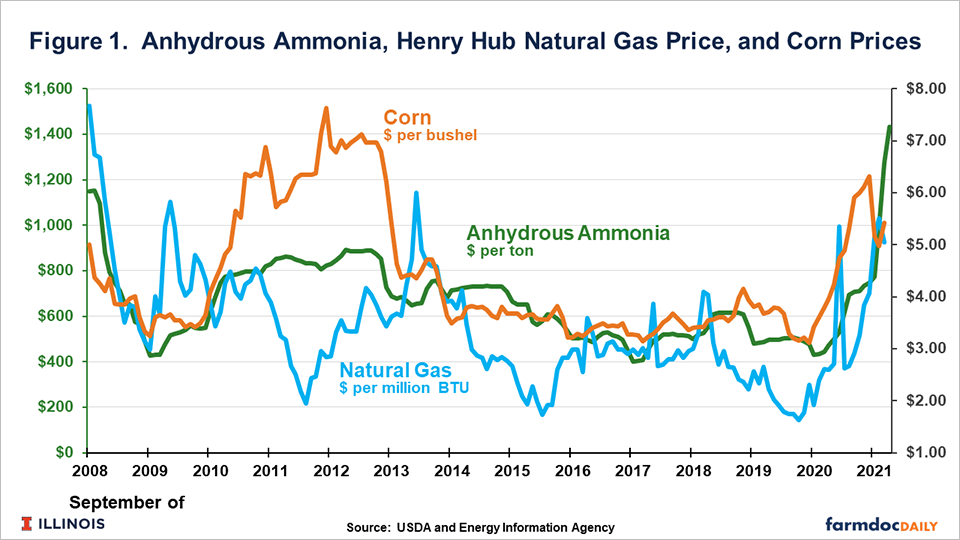 Two reasons have been advanced for this correlation. The first is that rising corn prices can signal more corn acres and more nitrogen fertilizer use. Higher demand for nitrogen fertilizer leads to higher nitrogen prices. A second reason is that higher corn prices mean more income for farmers and a higher ability to pay. As a result, fertilizer manufacturers charge higher prices when corn prices are high. Either reason explains a positive relationship between ammonia and corn prices.

Until October 2021, the Illinois price of anhydrous ammonia was explained very well by corn and natural gas prices. To illustrate, a statistical regression model that explains Illinois’ anhydrous ammonia price was fit. This model uses monthly price observations from 2008 to November 2021. The price variables in the model are: 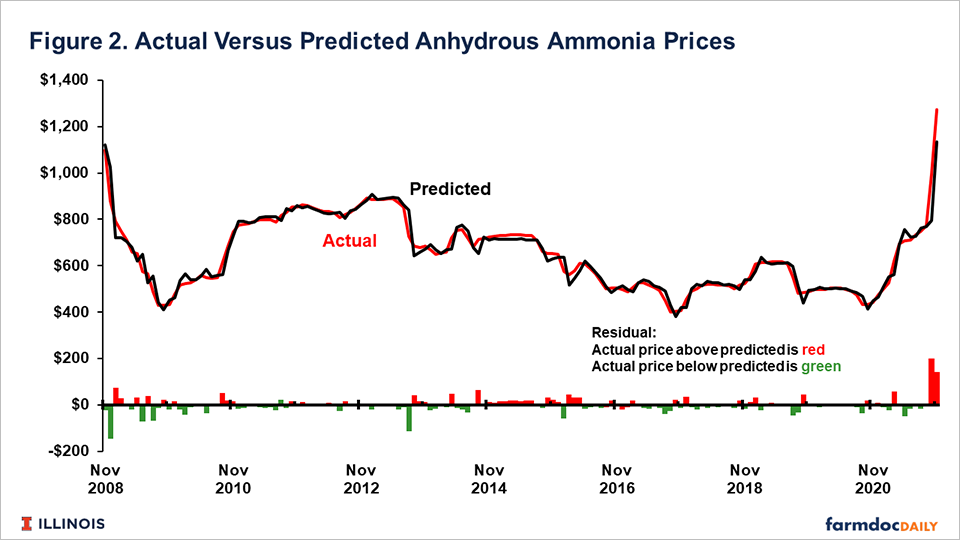 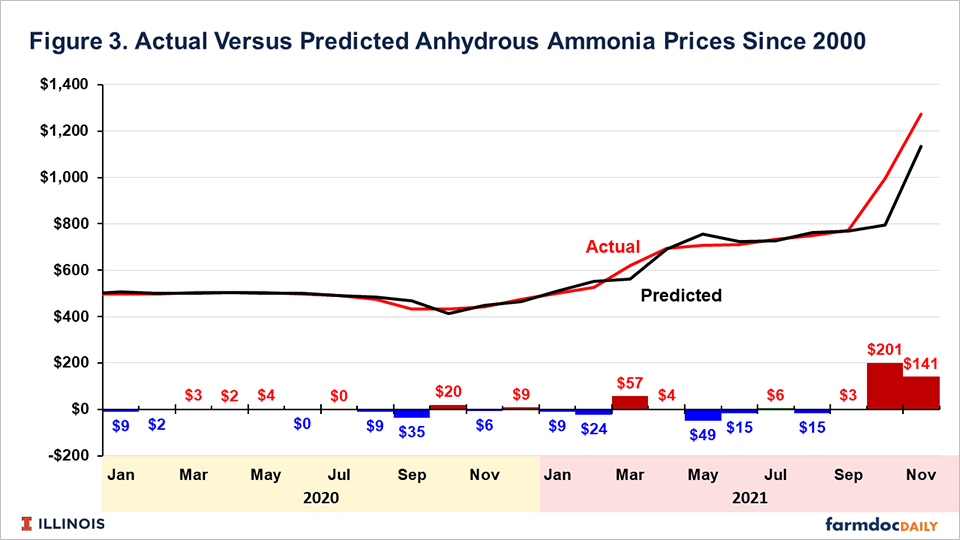 If corn and gas prices remain at their current levels, the fitted model predicts an anhydrous ammonia price near $1,000 per ton in April 2022, a decline from present levels but still very high. However, we note that the predictive power of this model has declined in recent months, such that confidence in predictions from the model have diminished. In any case, it seems reasonable to expect very high nitrogen fertilizer prices in spring.

Given high prices, strategies to reduce nitrogen use should be undertaken, with reductions in nitrogen rates to Maximum Return to Nitrogen (MRTN) levels seem prudent. More detail on strategies is covered in the November 30th farmdoc Daily.