Agricultural assets on a nominal basis in Illinois has been increasing on average five percent since 1991. Data from the United States Department of Agriculture (USDA) and Illinois Farm Business Farm Management (FBFM) are shown to see if increasing asset and debt levels pose problems for the financial health of Illinois farms. In the February 18, 2022 farmdoc daily article we looked at increasing debt levels, however the debt to asset ratio was not increasing at the same rate.  This study looks to evaluate the asset side of the ratio and the impact on debt levels.  Measuring these values overtime becomes of greater importance with more variability in the farm economy and rising inflation. 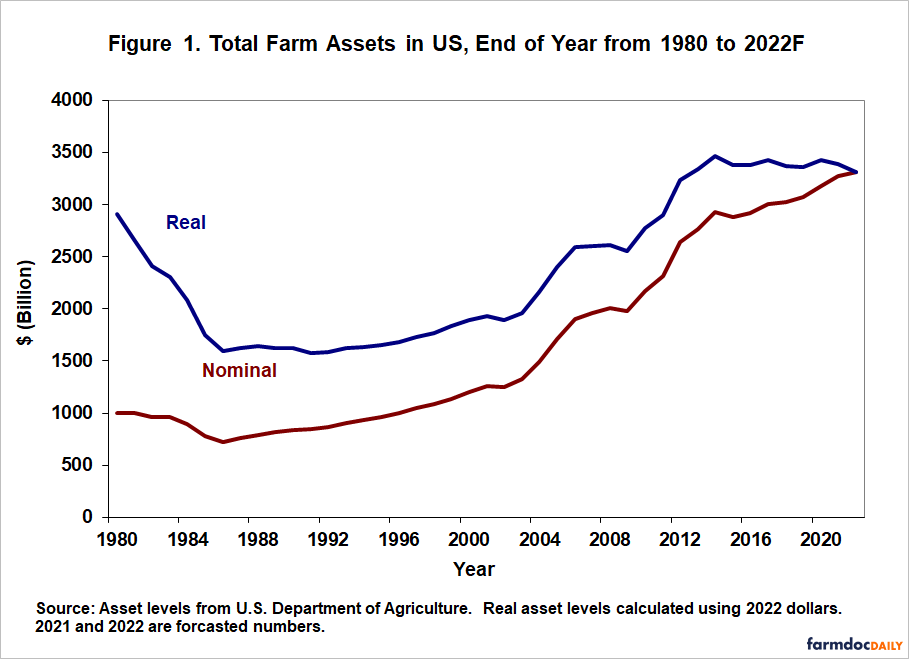 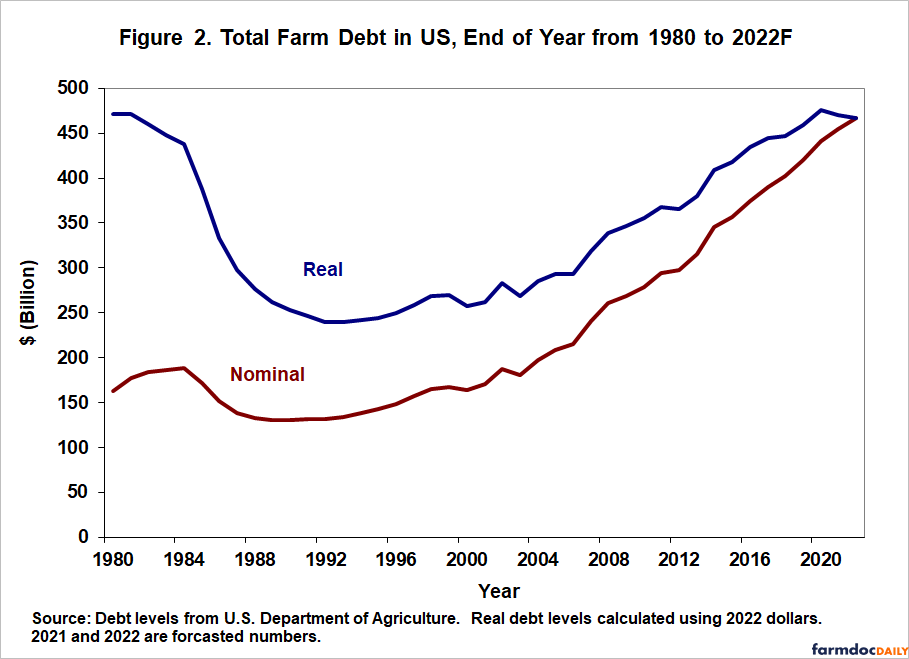 At the end of 1996, agricultural assets reached $1,003 billion, surpassing the previous high set in 1980. Increasing asset levels are good for agriculture as long as it is gradual. The above asset levels are stated in nominal terms and do not take into consideration inflation’s devaluing impacts on the dollar.

Additional perspective on assets can be obtained by analyzing farm level data from FBFM. Table 1 presents average data for grain farms enrolled in FBFM who have certified-useable balance sheets. The data is stated in nominal terms and are as of year-end 1991 through 2020. Three measures are presented in Table 1: debt-to-asset ratio, debt per tillable acre, and assets per tillable acre. 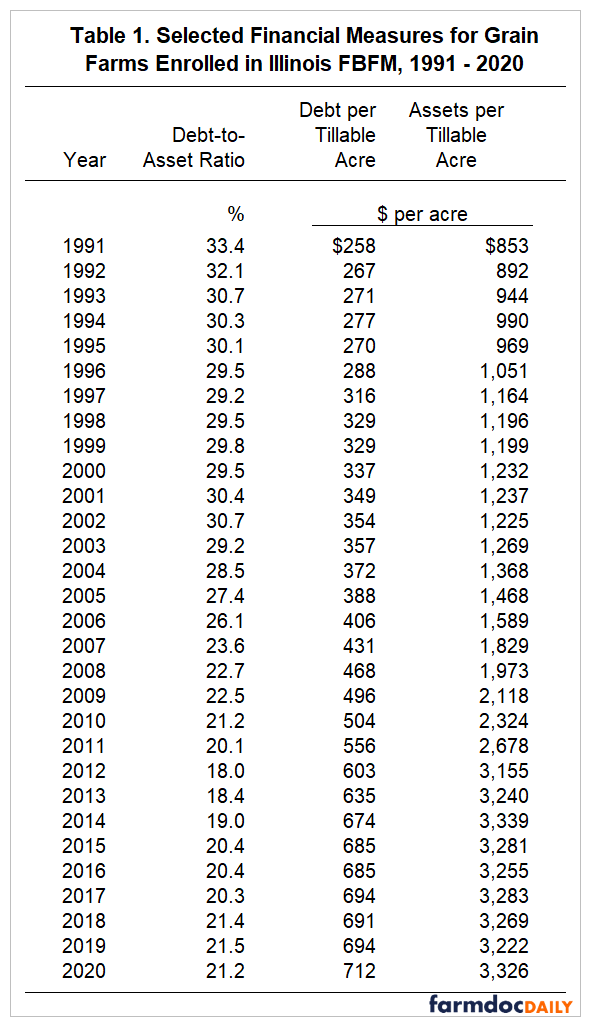 The importance a farmer puts on monitoring financials continues to be increasingly important in this period of rising inflation.  With higher inputs and variability, we will continue to see the increase in debt per acre.  Over the last five years, debt per acre has increased at a higher percentage than assets per acre.  This is primarily due to having 3 out of the last five years for assets per acre showing a slightly negative increase.  The higher percentage increase in debt per acres is leading to the debt to asset ratio to increase marginally.  With total assets per acre almost four times what it was 30 years ago, debt per acre has only increased about three times during that same period.  Careful evaluations of asset values are needed to make sure we understand the fair market value (FMV) and how variable that can be.  Rapid increases in FMV, can lead to unearned increases in net worth that can quickly disappear as well if asset values decrease.  If we see rapid increases in farm assets, it is better to gradually increase those values on your farm over time.  Establishing or maintaining good recordkeeping during these times will help farmers identify areas of concern faster and be able to make better farm financial decisions.