The Risk Management Agency (RMA) recently realized 2021 county yields, thereby allowing payments to be made on area plans of insurance, including Supplemental Coverage Option (SCO) and Enhanced Coverage Option (ECO). With those payments made, we assess the overall loss performance of Federal crop insurance for 2021. Overall, loss payments relative to total premiums were low across the U.S. Loss payments were particularly low in Illinois and the Midwest because corn and soybeans had few payments. 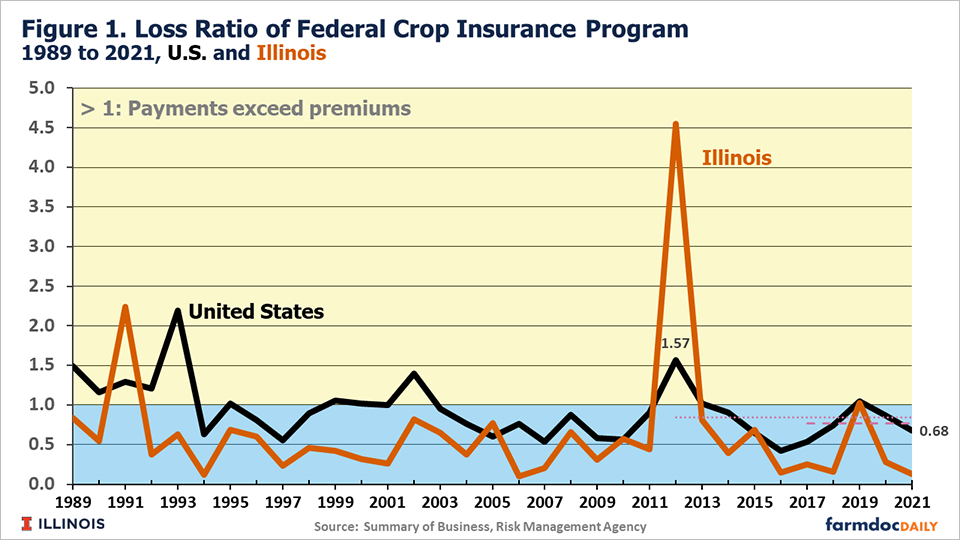 Iowa and much of the eastern Corn Belt also have low loss ratios for 2021 (see Figure 2). Areas that had loss ratios over 1.0, indicating losses exceeded premium, extended from Montana through parts of North Dakota, South Dakota, and Minnesota. Drought caused yield difficulties in the upper Great Plans. 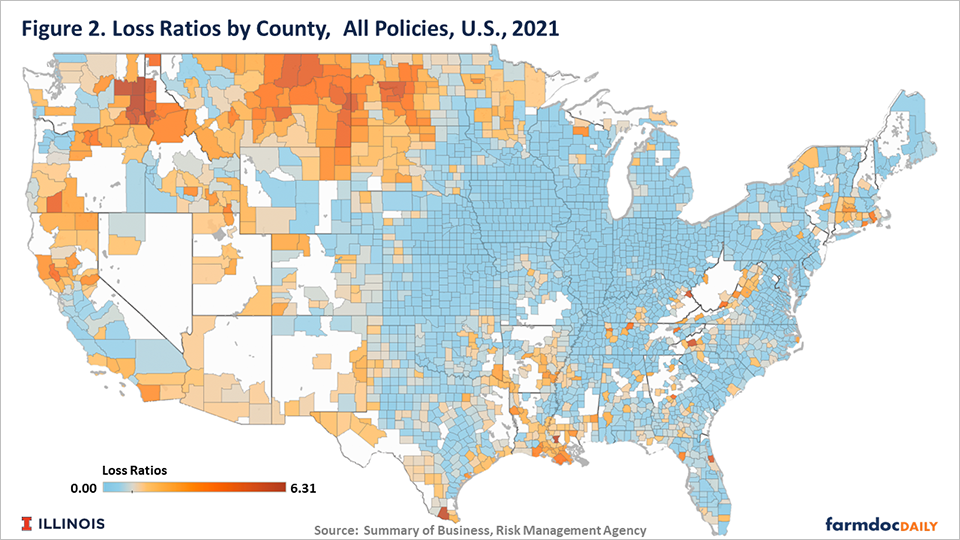 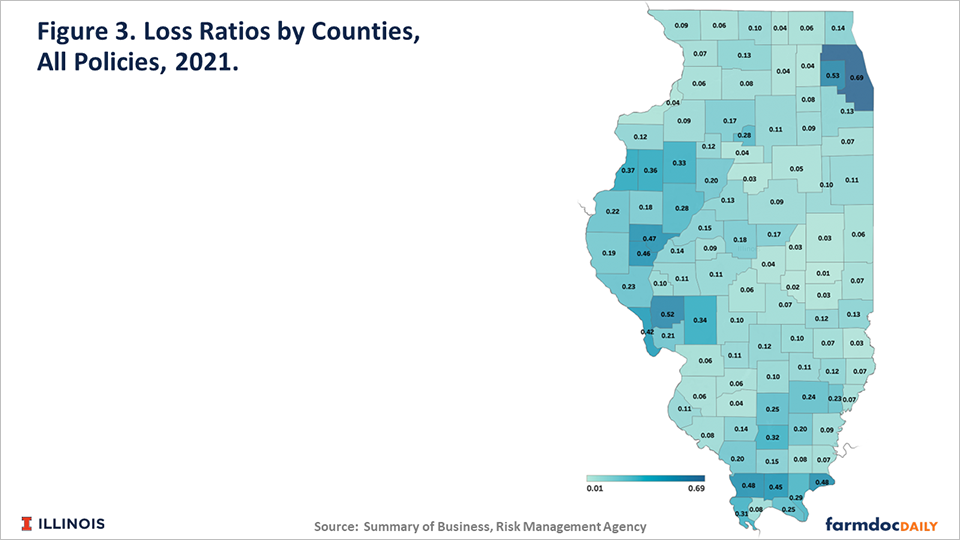 Illinois and Midwest’s low loss performance had much to do with low losses from corn and soybeans. Two reasons contribute to low losses: 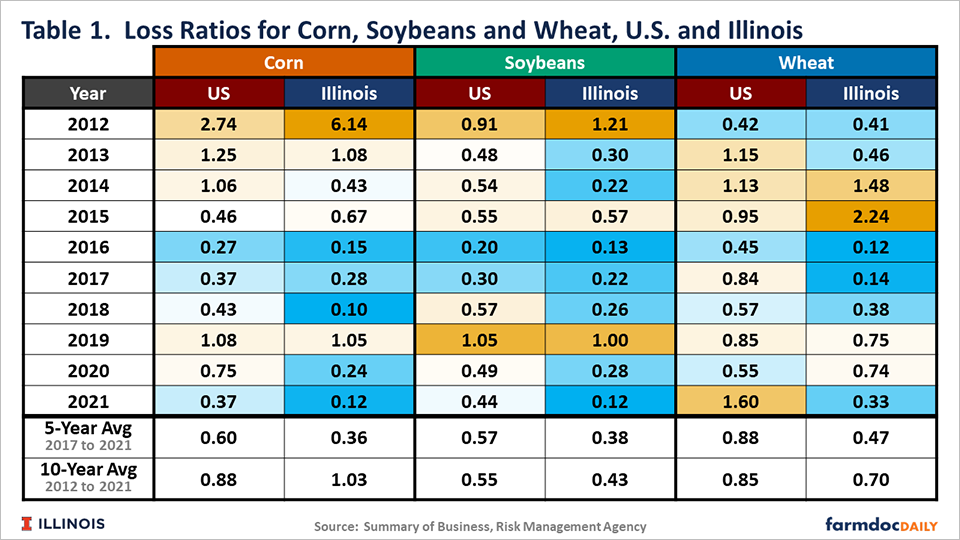 By way of comparison, corn and soybean losses in 2021 were less than wheat. In 2021, the 1.60 loss ratio for wheat was above the 1.0 benchmark and well above corn and soybeans’ loss ratios. Again, the drought in the northern Great Plains contributed to higher losses.