Working capital represents the liquid funds that a business has available to meet short-term financial obligations.  The amount of working capital a business has is calculated by subtracting current liabilities from current assets.  Current assets include cash, accounts receivable, inventories of grain and market livestock, prepaid expenses (e.g., feed, fertilizer, and seed inventories), and investment in growing crops.  Current liabilities include accounts payable, unpaid taxes, accrued expenses, including accrued interest, operating lines of credit, and principal payments due in the upcoming year on longer term loans.

Working capital provides the short-term financial reserves that a business needs to quickly respond to financial stress as well as to take advantage of opportunities.  It provides a buffer to financial downturns that might impair the farm’s ability to purchase inputs, service debt obligations, or to follow through on its marketing plan.  It also provides the financial resources to quickly take advantage of opportunities that might develop (e.g., rent additional ground; purchase land; add a family member to the operation). 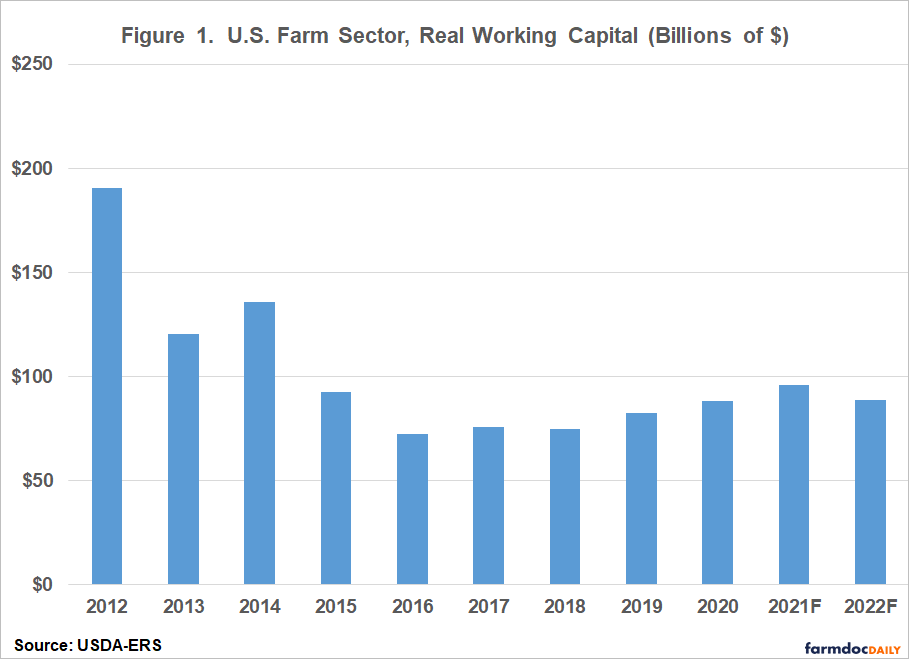 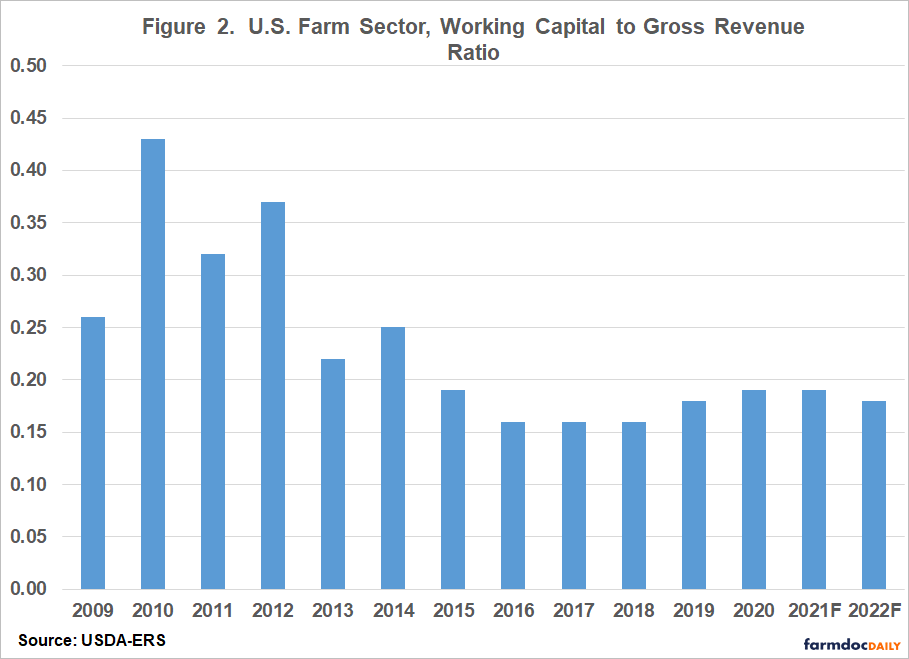 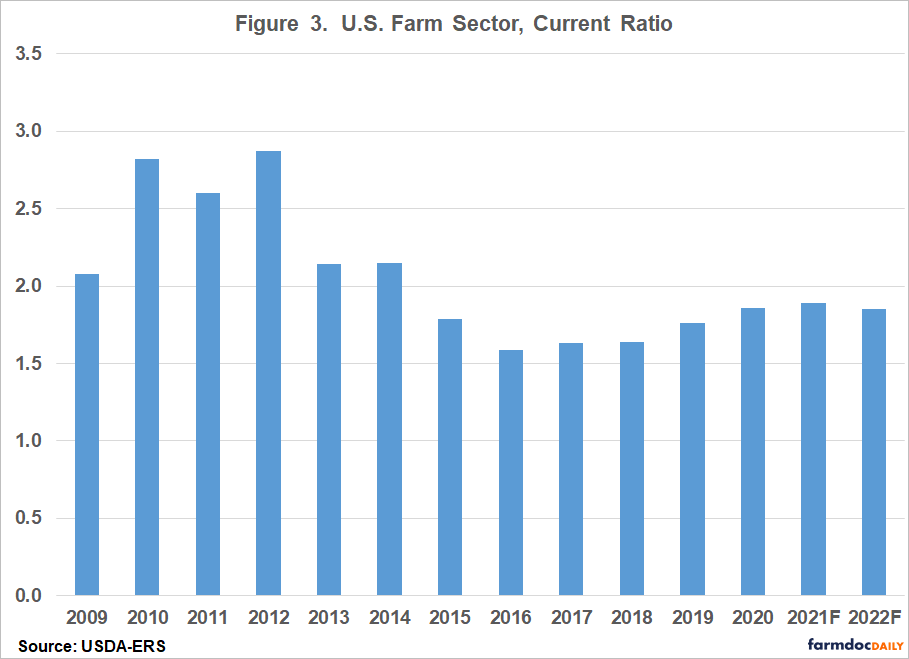 Difference in Working Capital among Farms

The working capital to gross revenue ratio as well as other liquidity measures vary substantially among farms.  Using FINBIN data summarized by the Center for Farm Financial Management at the University of Minnesota, the median working capital to gross revenue ratio in 2021 was 0.367 or 36.7%.   Approximately one-half of the farms had a ratio above 0.35.  However, approximately one-third of the farms had a ratio below 0.20.  Of the farms that had a ratio below 0.20, approximately one-half of this group had a negative ratio, indicating that their current liabilities exceeded their current assets.

The FINBIN results discussed above illustrate the tremendous differences in liquidity among farms.  Farms with lower liquidity levels need to very cautious in taking on more debt and when investing in capital assets such as machinery, buildings, and land.

This article provided working capital benchmarks and discussed trends in working capital and differences in working capital among farms.  Even with a strong net farm income in 2021, there still are farms with a very weak liquidity position (i.e., current ratio below 1.0 and/or working capital to gross revenue ratio below 0.20).  When the working capital to gross revenue is below 0.20 and/or the current ratio is below 1.0, farms will have difficulty repaying loans.  Just as importantly, when liquidity becomes very tight, farms have very little flexibility with regard to their input purchases, or the timing of their commodity sales.  In this situation, it also becomes increasingly difficult to borrow funds to replace machinery and equipment, or to rent or purchase land.