This paper builds on Ibendahl’s paper from last week of estimating corn yields in the U.S. The USDA collects the crop conditions each week for both corn and soybeans and both sets of estimates are published for the major crop producing states on Monday afternoons. The soybean crop is rated as either: very poor, poor, fair, good, or excellent and is reported as the percentage of state crop acres in each category.

The same model used to estimate corn production is used in this soybean model. First a CCIndex is constructed where:

This soybean estimation paper is also different as the June soybean estimation of the USDA was used for the acres in each state. The corn model used a separate procedure to estimate harvest acres but that procedure provided little value to the model, so it was simplified to just the June USDA number.

Figure 1 is a Likert graph of the soybean crop conditions for the last 20 years in the U.S. for the last 20 years. This national number is provided by the USDA in addition to the individual state numbers. The Likert graph has the percent of crop acres in the very poor and poor categories listed on the left-hand-side while the number of acres in the good and excellent categories is listed on the right-hand-side. The Likert graph is centered on the fair category which has the percentage listed in the center of the column. 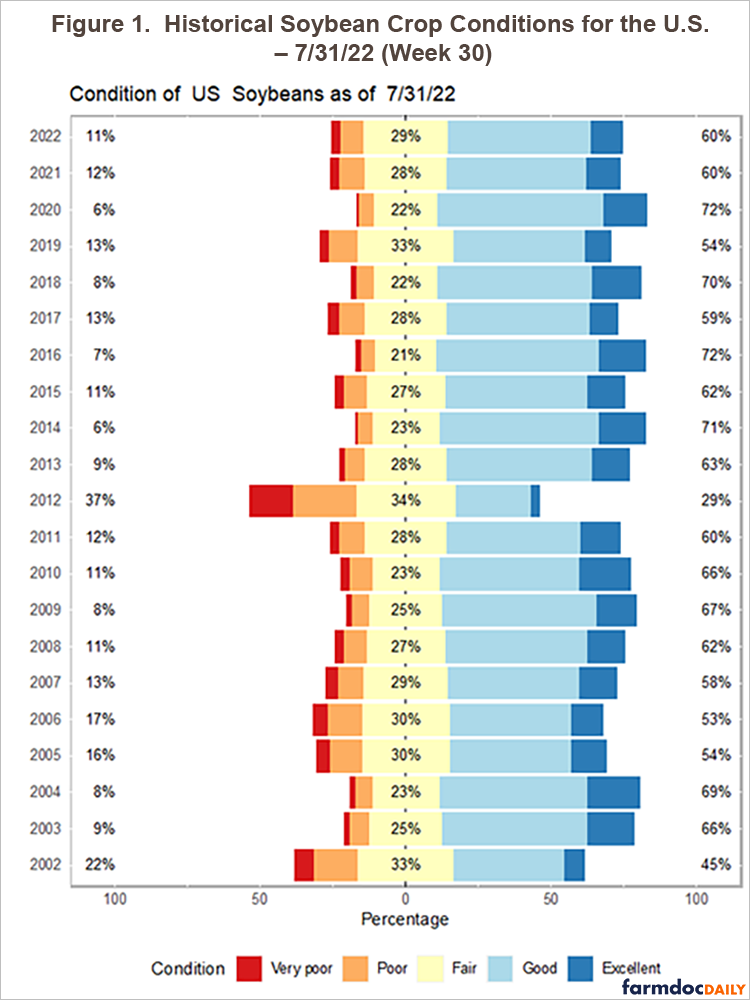 As Figure 1 illustrates, 2022 appears to be close to a typical year. In fact, 2022 is almost identical to 2021 at the end of July. However, as will be shown below, the expected national yield is lower than last year because the biggest soybean states are expected to have yields lower than last year. This pushes the national soybean yield per acre down even though the national crop conditions look the same.

Table 1 shows the estimated yield per harvested acre prediction along with the confidence intervals for each state as of 7/31/22 (week 30.). This estimation is based on 30 years of observations from week #30. The R-square values will improve as the season progresses, but the estimates are still not nearly as good as the corn estimates. Soybeans, along with wheat, are more difficult crops to estimate for yields and much can happen before harvest. 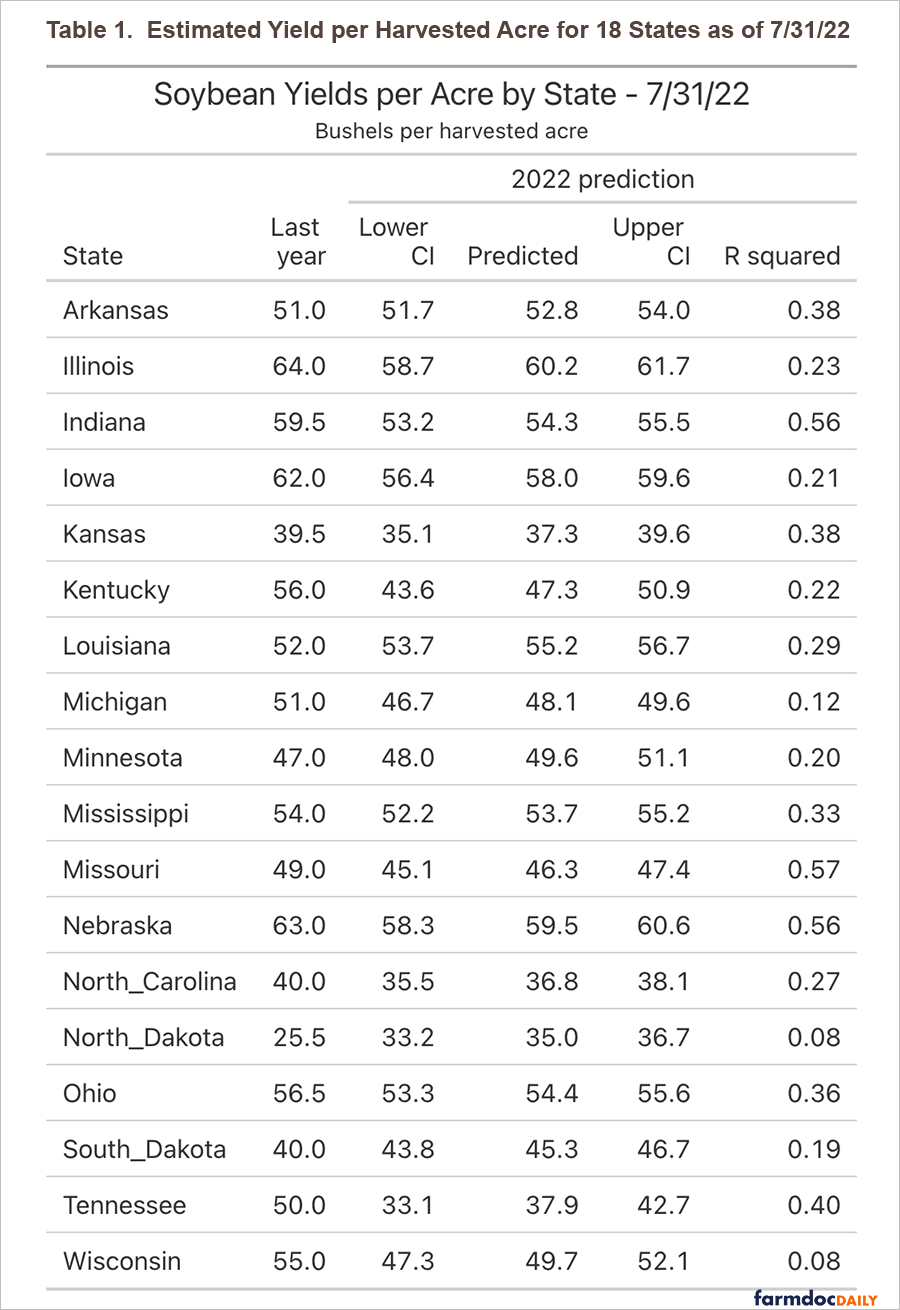 Table 2 shows the harvest acres from last year, the planted soybean acres this year, and the USDA June soybean estimate of acres. As discussed above, trying to estimate harvested acres from the June estimate didn’t provide anything that would improve just using the June estimate. Both the USDA national soybean acres and the 18 major soybean states scaled to a national level are expected to increase by 1.4% from last year. 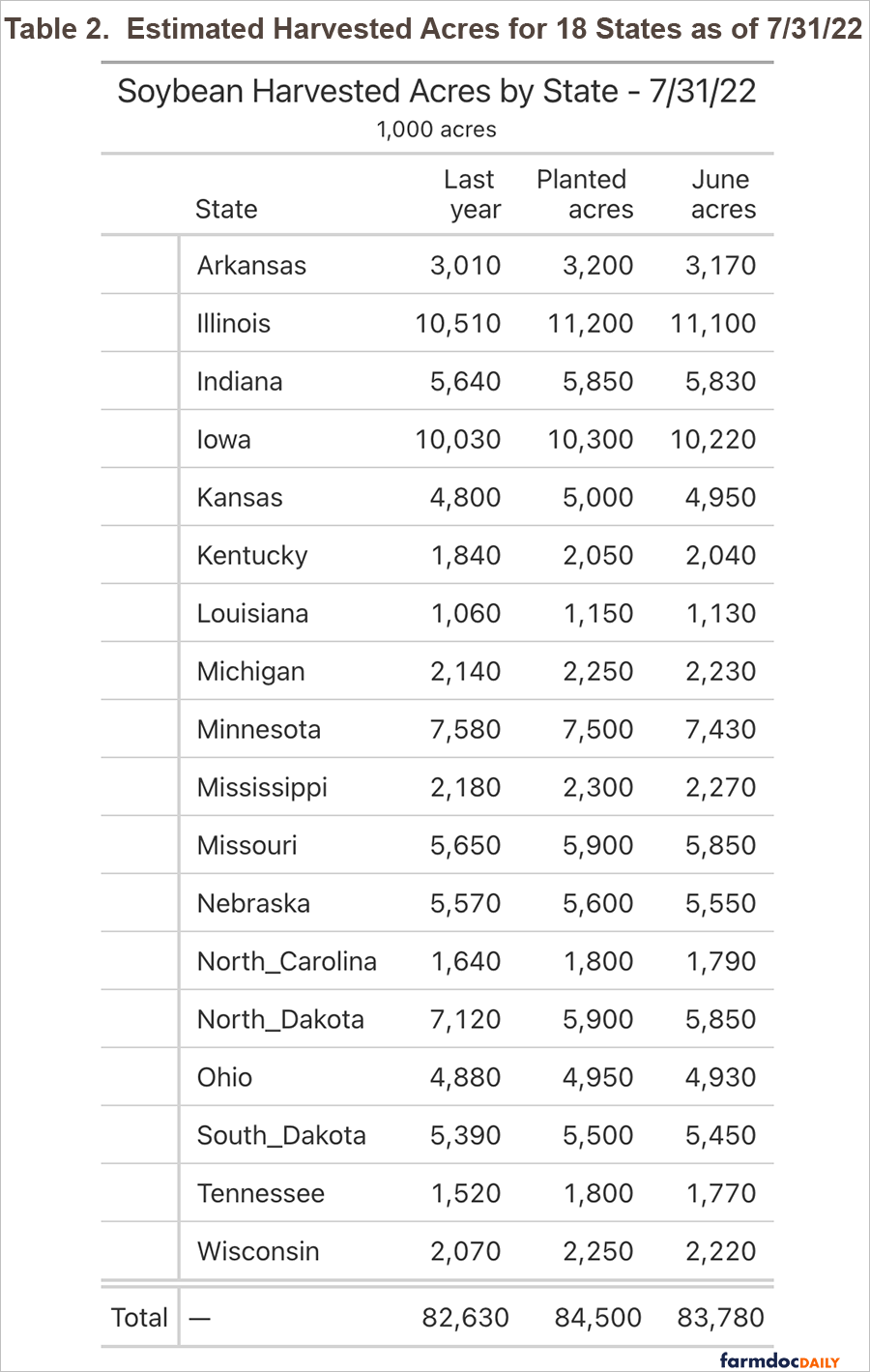 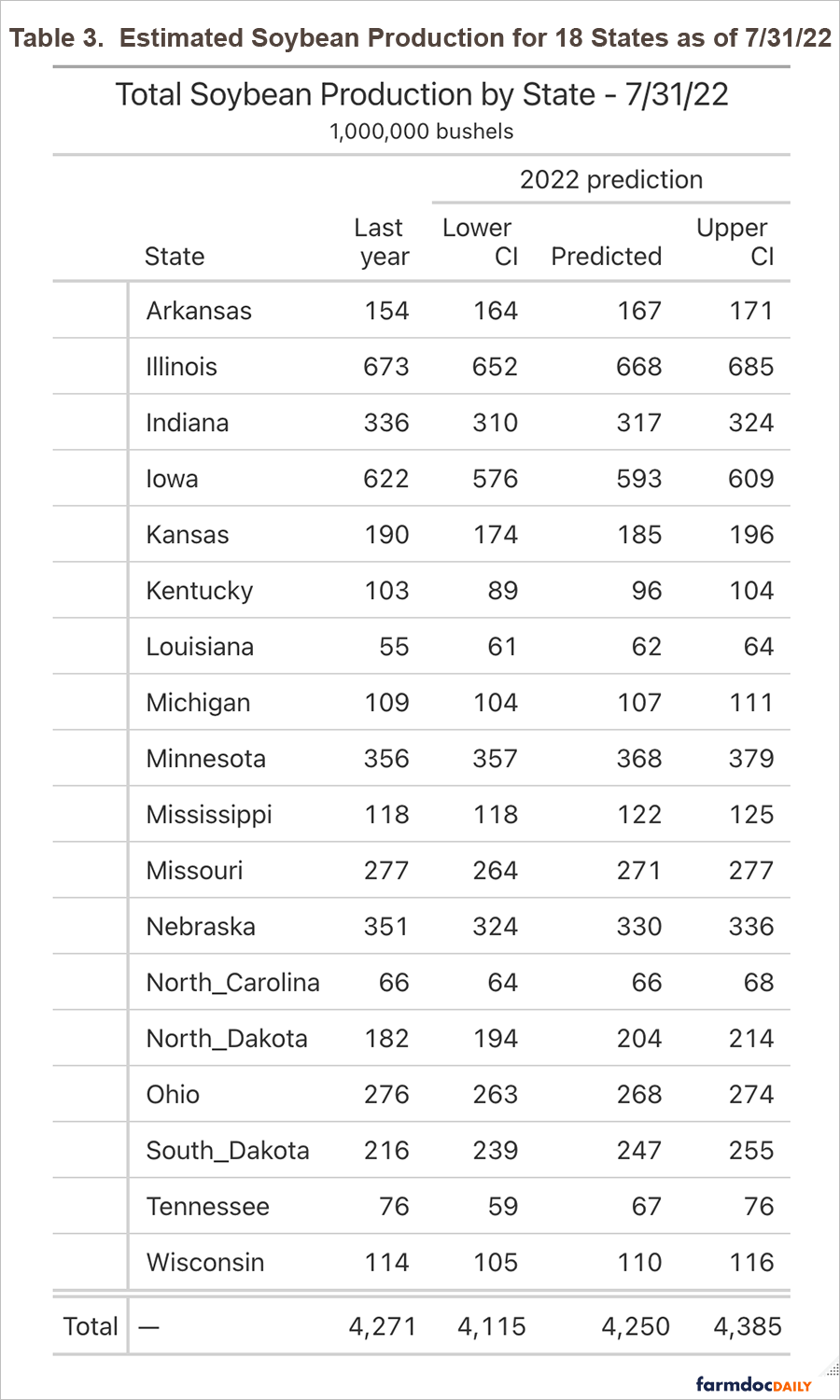 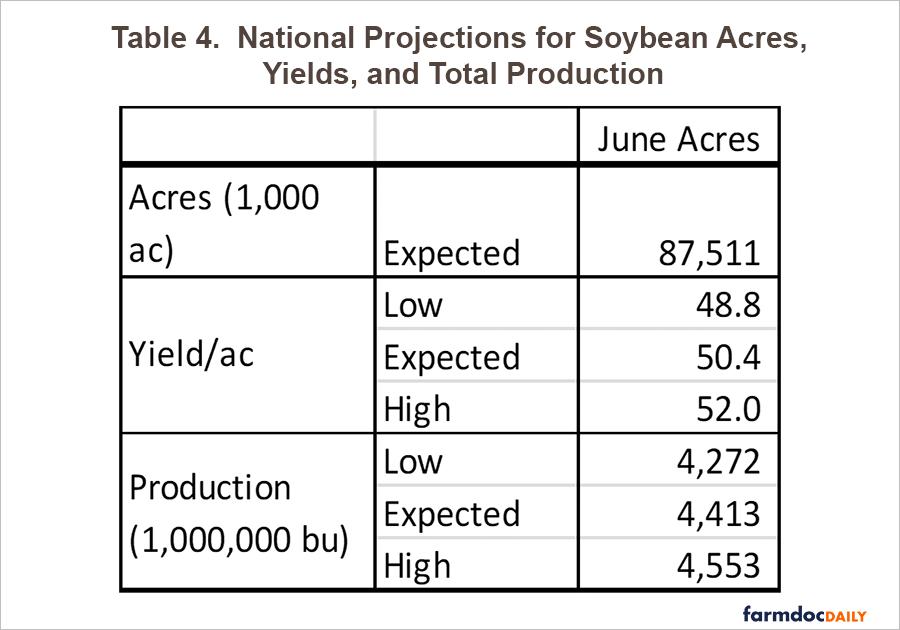 Ibendahl, G. “An Estimate of Corn Production From the 18 Leading Corn States.”  farmdoc daily (12):111, Department of Agricultural and Consumer Economics, University of Illinois at Urbana-Champaign, July 27, 2022.