In this post we take a look at the persistence of farm performance as measured by management returns for Illinois grain farms from 2005 to 2009 using data from the Illinois Farm Business Farm Management (FBFM) association. Management returns include gross revenues, direct inputs, power and equipment, building, labor, land, and other miscellaneous costs. Tax costs are not included with the exception of farmland property taxes. A total of 712 Illinois grain farms were included in the analysis. A grain farm was defined to be an operation with more than 90% of total acreage planted to corn and soybeans and less than 40% of the grain produced fed directly to livestock. Additionally, farms generating more than 10% of their total gross revenue through custom farming or livestock enterprises were not included. 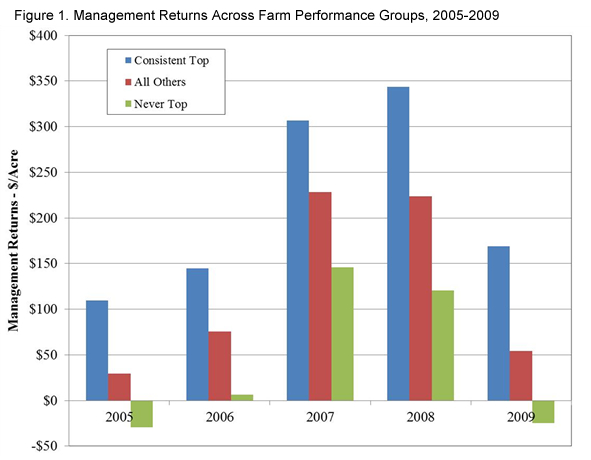 Figure 2 reports the average gross revenue for each farm group over time. The gap in average revenues across the farm groups ranges from $40 to a high of $98 in 2008. The higher revenues earned by consistent top performers accounts for anywhere from 30% to 70% of the difference in average management returns. 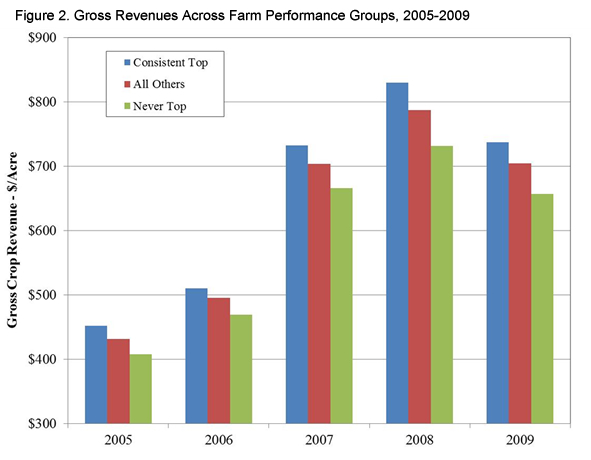 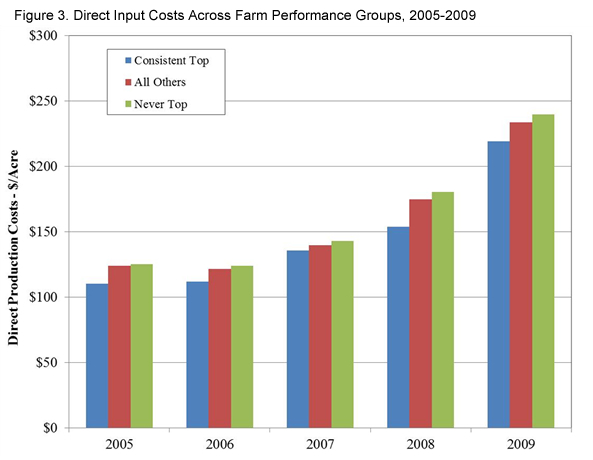 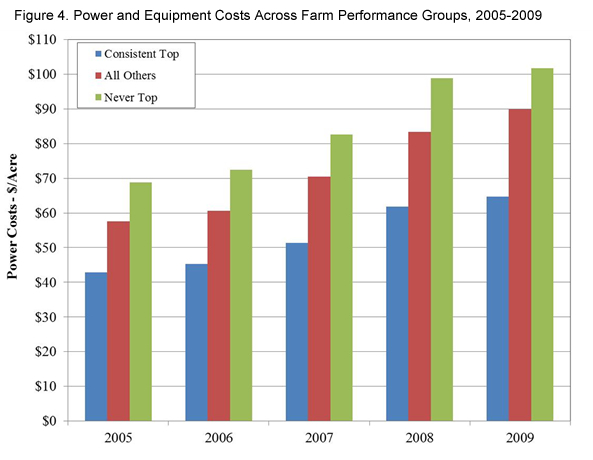 Finally, figures 5 and 6 examine the relationship between performance, farm size (as measured by total tillable acres), and farm tenure (as measured by % of total tillable acres cash rented), respectively. Farms consistently falling in the top quartile of management returns do tend to be slightly larger, with an average difference in farm size of approximately 200 acres. Note, however, that average acreage for consistent performers and farms who ranked in the top quartile for management returns at least once from 2005-2009 is very similar. Finally, there is also a significant difference in the tenure position of consistent performers and operations who failed to rank in the top quartile of returns over the 5 year period. Consistent performers tend to rent less than 25% of their total acreage using cash rent agreements, while other farms rent 35% to 40% of their land using cash rents. 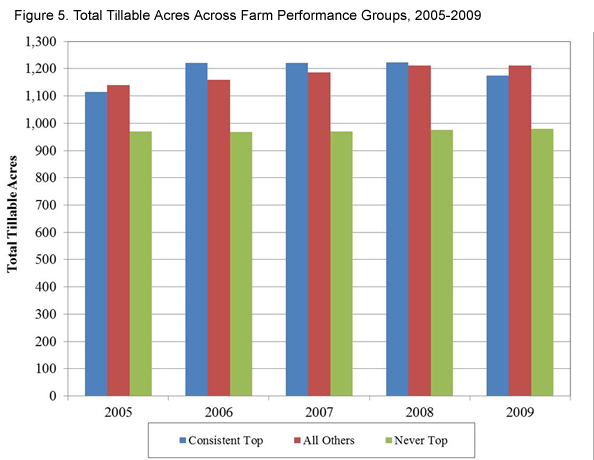 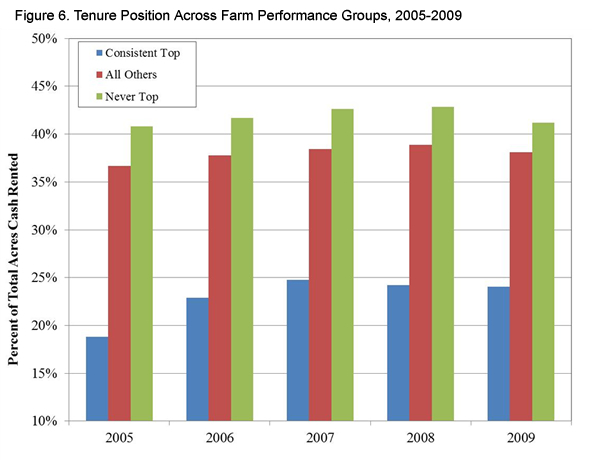