Ratings changes made by the Risk Management Agency (RMA) will cause premiums for Group Risk Income Plan with the Harvest Price option (GRIP-HR) to be higher in 2012 as compared to 2011. For 90% coverage level policies, 2012 premiums will average 10% higher than 2011 premium for corn across Illinois and 11% higher for soybeans. Higher GRIP-HR premiums, along with lower COMBO product premiums (see here), suggests that farmers who have purchased GRIP in the past may wish to evaluate crop insurance decisions, as relative costs of the products have changed. The remainder of this article first describes GRIP use, and then details changes to expected yield and premium occurring to GRIP in 2012.

GRIP Use in Illinois

Several reasons have been given for the reduction in use of GRIP including: 1) higher projected prices in recent years lead farmers desiring to protect their own farms, 2) higher volatilities in recent years increased GRIP premiums at 90% coverage levels more than farm-level products, 3) GRIP premiums have increasing increased due to changes in ratings, and 4) introduction of enterprise unit subsidies have lowered the costs of farm-level products. Decreasing use of GRIP may continue due to 2011 premium cost increases. 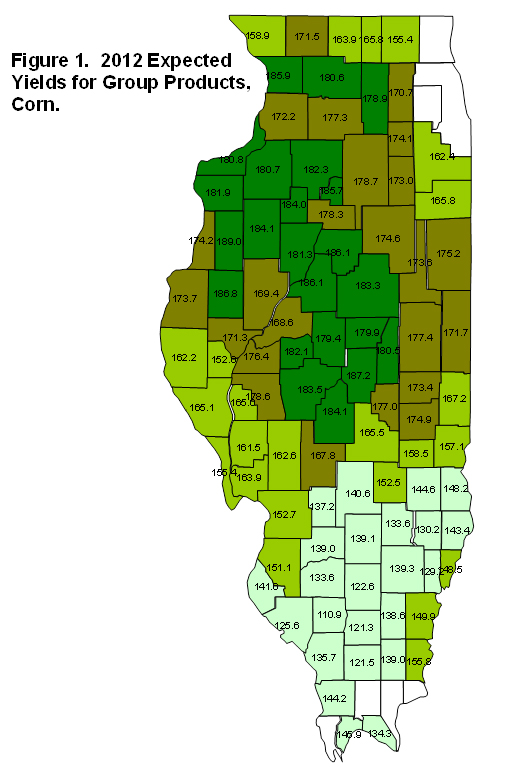 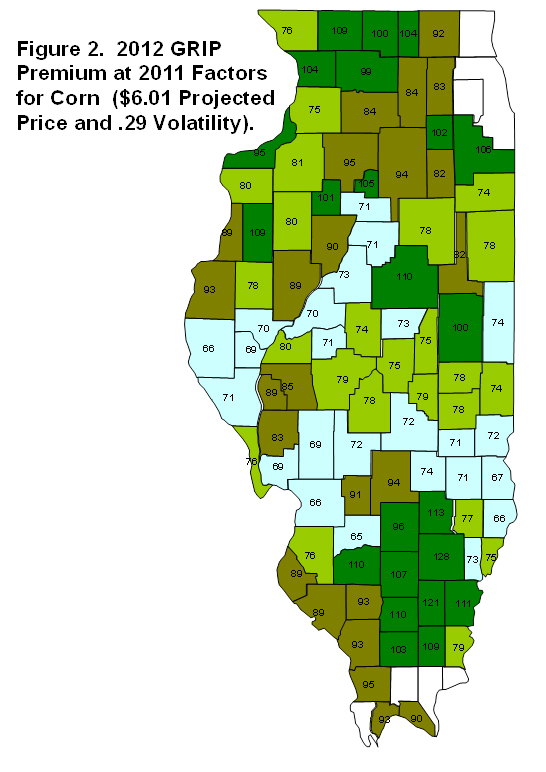 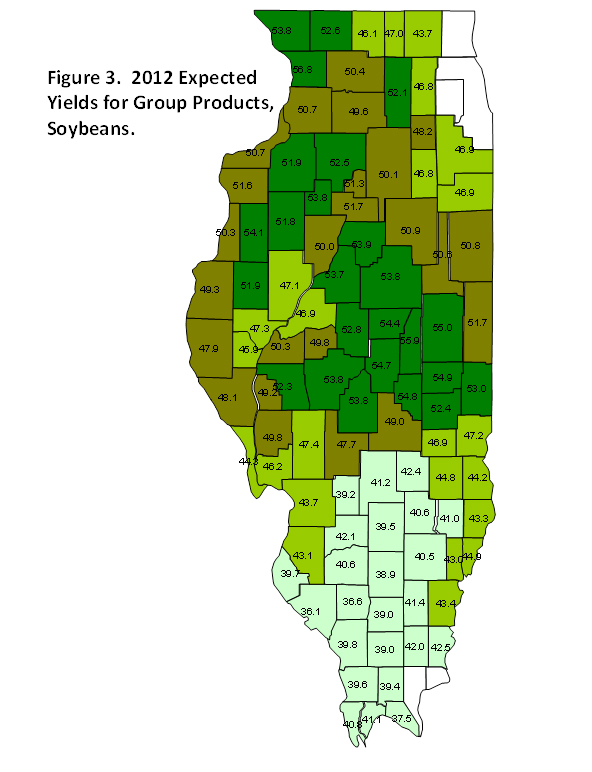 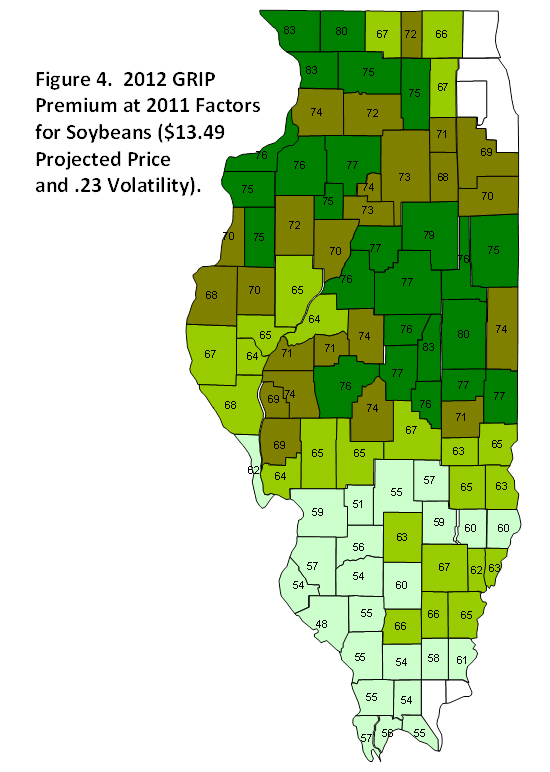 Even given these premium increases, payments received from corn GRIP products averaged over time likely will exceed premiums that are paid by famers. This is possible because of risk subsidies associated with these multi-peril crop insurance products. Compassions of historical yields suggest that average payments will not exceed premiums for soybean products.