Back on December 8th, we looked at the persistence of management returns among Illinois grain farms from 2005 to 2009. Today’s post follows up on a few of the questions we received from readers via email. Specifically, we look at the contribution of crop and price levels to the observed variation in revenues earned across farm performance groups.

Figure 1 illustrates the significant difference in management returns that exists across performance groups. In our original post, we showed that the biggest component of this difference was explained by variation gross revenue, indicating the importance of productivity and marketing in consistent performance over time. Here we look at differences in crop yield levels and prices received across the performance groups for corn and soybeans. 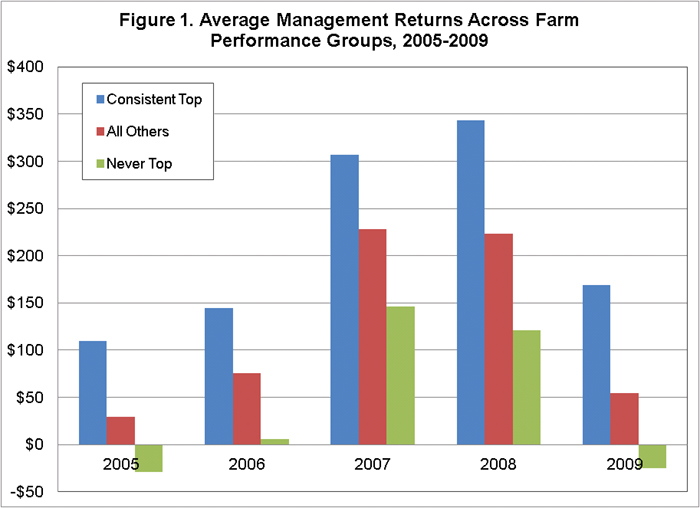 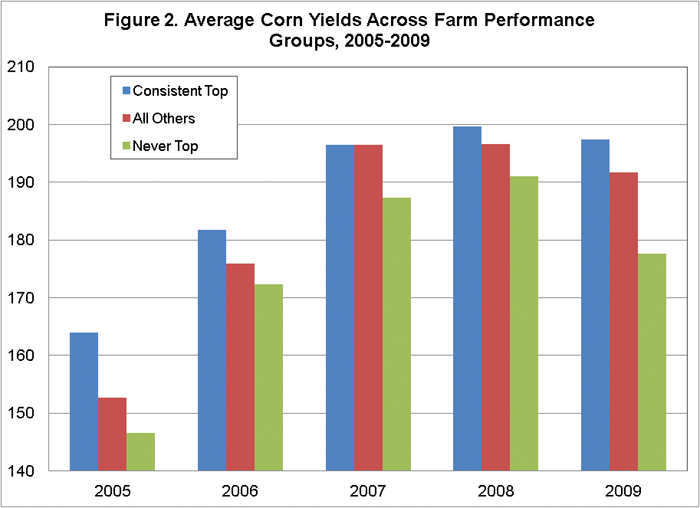 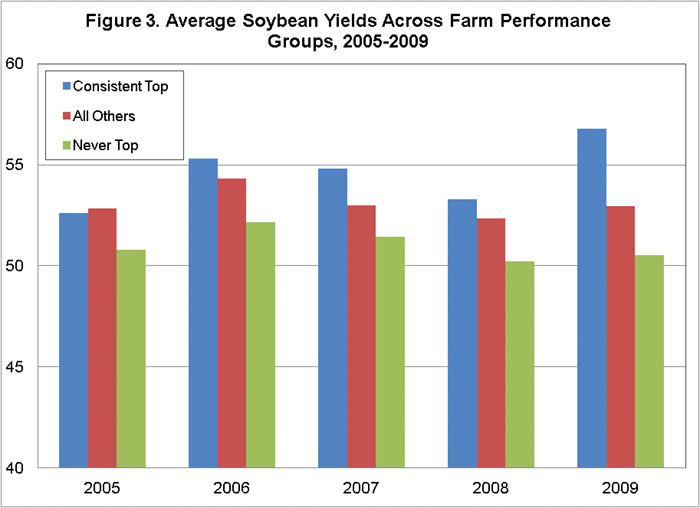 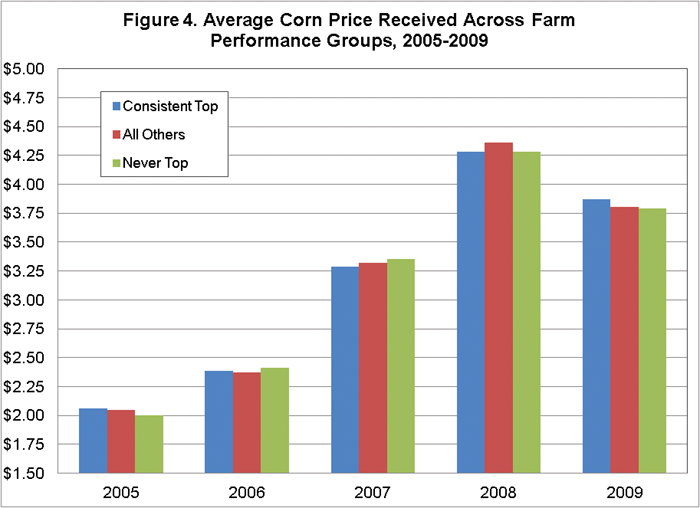