In a post last November, the dramatic decline in the price of natural gas relative to the price of crude oil was highlighted. The dramatic break in the relationship was attributed to rising production associated with a new technique known as hydraulic fracturing, or fracking for short, which is the use of liquids forced into deep rock formations to “crack open” previously unreachable deposits of natural gas.

The trend highlighted last November has accelerated substantially. Figure 1 shows one benchmark for the price of crude oil in the U.S., the nearby price of NYMEX crude oil futures prices on a weekly (Thursday) basis since early 2007. The second line charted in Figure 1 is the nearby price of NYMEX natural gas futures prices, also on a weekly (Thursday) basis. Previous to early 2009 crude oil and natural gas prices tended to move in tandem, but then prices for the two markets clearly decoupled. While crude oil prices have fluctuated in a narrow range this winter between $90 and $100 per barrel, natural gas prices have plummeted to under $2.50 per million BTU. The mild winter has undoubtedly contributed to weak natural gas prices along with continuing production increases associated with the fracking revolution. 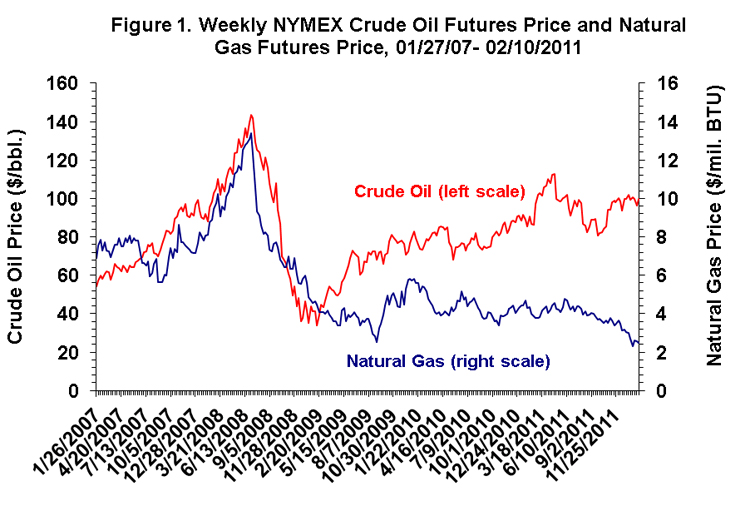 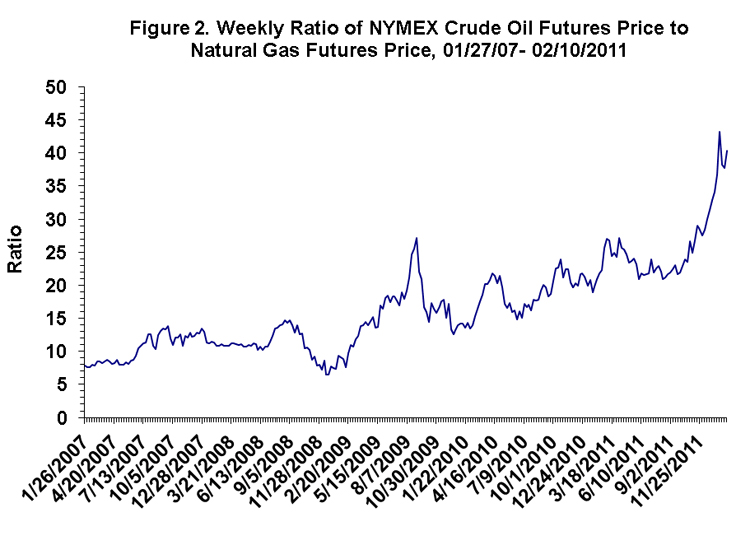 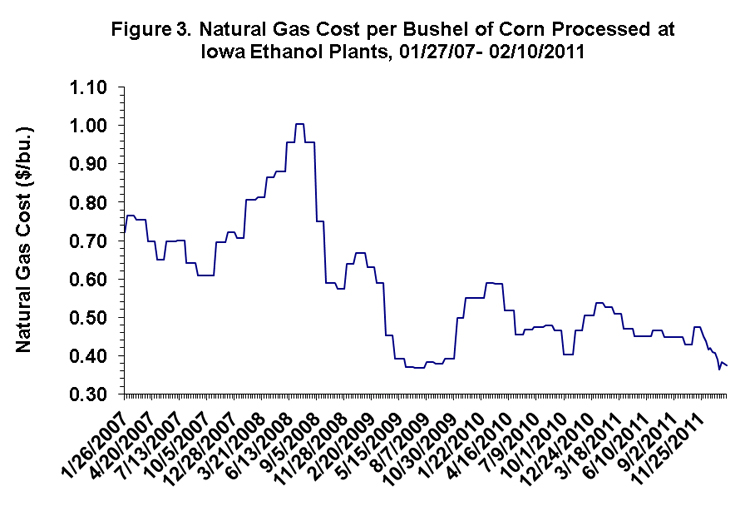 Since the price of natural gas affects costs in agriculture in numerous ways (e.g., drying, electricity, fertilizer) the downward trend in natural gas prices will help reduce cost pressures over time. This is good news during a period when many costs of production have risen rapidly.