In posts on December 8th and February 16th, we looked at the various factors determining persistent management return performance on Illinois grain farms over a five-year time period (2005-2009). These analyses indicated that grain farms which consistently achieved management returns in the top 25% (top quartile) of all farms had higher revenues and lower power costs, and tended to be slightly larger operations in terms of total tillable acres with a smaller percentage of cash rented acres. Differences in direct costs were not as large across performance groups, and the differences in revenues tended to be driven more by crop yield variation than price levels received.

In today?s post we take a similar approach in looking at the management return distribution for Illinois grain farms on an annual basis over the same time period. While the earlier posts identified factors (i.e. higher revenues, lower power costs) which were associated with a groups of farms that had high performance consistently over the 5-year period, today?s posts attempts to look at factors associated with farms earning high returns in any particular year. The same farm-level data set from the Illinois Farm Business Farm Management (FBFM) Association was used, with approximately 900 farms in the sample in each year. The high and low performance farm groups in the earlier posts were constant across the 5-year period; the top and bottom quartiles in today?s post can and do include different individual farm operations in each year. 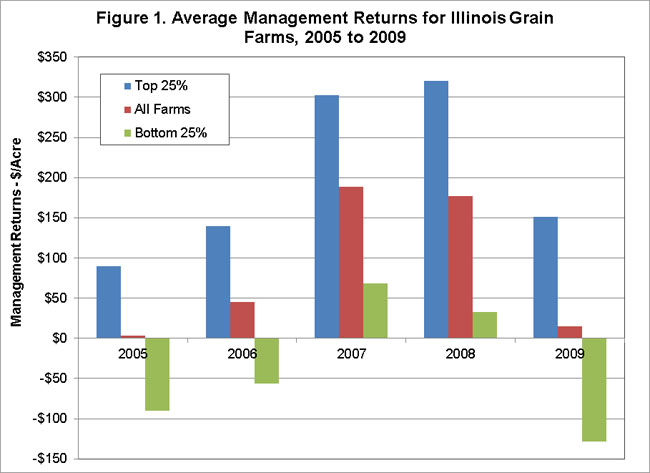 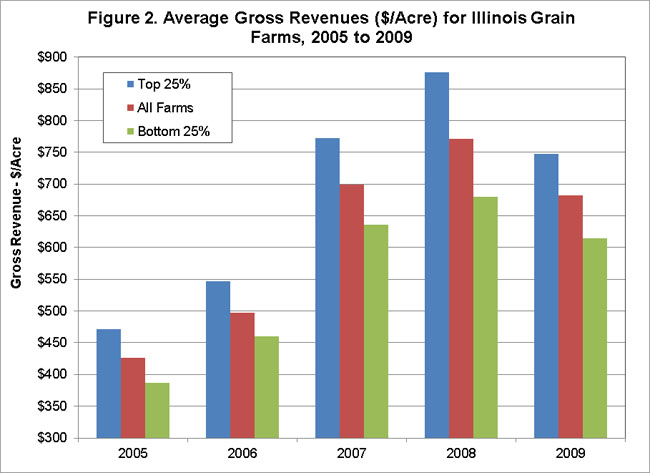 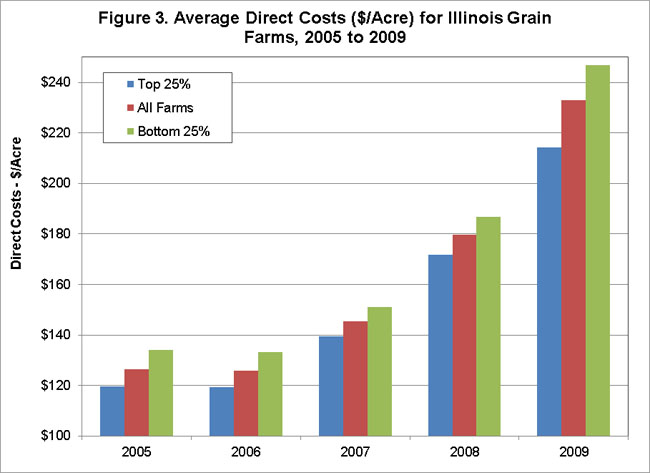 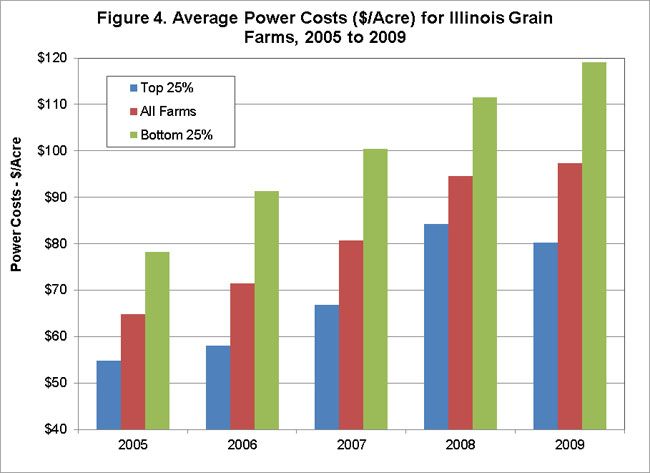 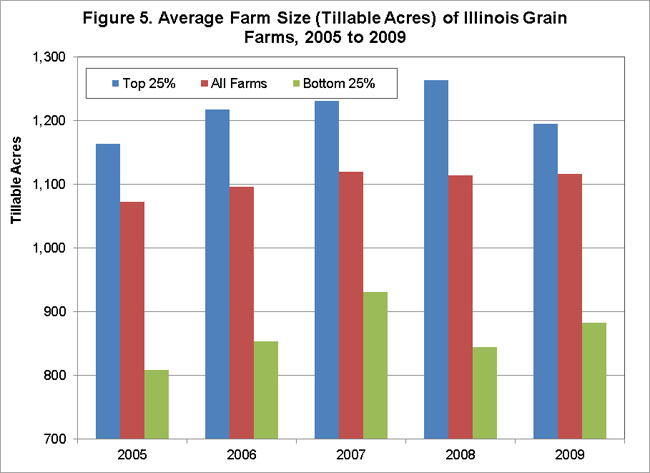 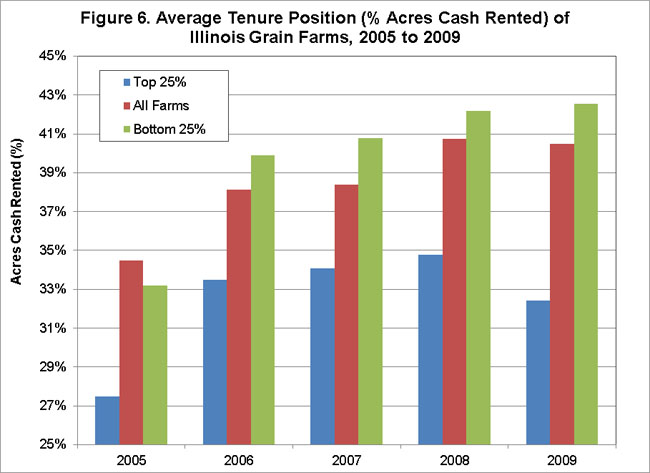 Direct and power costs for farms in the bottom return quartile are consistently greater than those for farms in the top return quartile. While direct costs have consistently increased for all farms, the differences in direct costs across farm groups in any given year were fairly stable from 2005 to 2008, with an increase in variation in 2009. The differences in power costs have trended up both in terms of the average level of the difference and the percentage of the differences in average management returns that power cost variation accounts for in any given year. Top quartile farms tend to be larger in terms of total tillable acreage and, while the general trend is towards more land being operated under cash rent agreements, farms earning returns in the top quartile each year tend to rent a smaller percentage of acreage using cash rent agreements compared to their peers. These differences in land-related factors are consistent and fairly stable during the 2005 to 2009 period.