In yesterday’s post we examined the history of average U.S. winter wheat yields in search of any patterns that might be helpful in anticipating the average yield for 2012. We expand that analysis here in recognition that, unlike corn and soybeans, winter wheat consists of several classes of wheat. The USDA reports winter wheat production in four classes–hard red, soft red, hard white, and soft white. An estimate of the percentage distribution of production by class in each state and an estimate of state average yield of all classes are made, but an estimate of U.S. average yield by class is not provided. Here we select representative states to illustrate the historical yield pattern of hard red winter (HRW) and soft red winter (SRW) wheat. Kansas is selected for HRW wheat since it is the largest producer of that class of wheat and 98 percent of the production in the state is HRW. The selection of a representative state for SRW wheat is more difficult because that class of wheat is produced in relatively small quantities in a large number of states in the eastern U.S. Here we use Ohio as a representative state since that state is among the largest producers and 100 percent of the wheat there is SRW. The state average yields for those two states for 1960 through 2011 are shown in Figures 1 and 2. 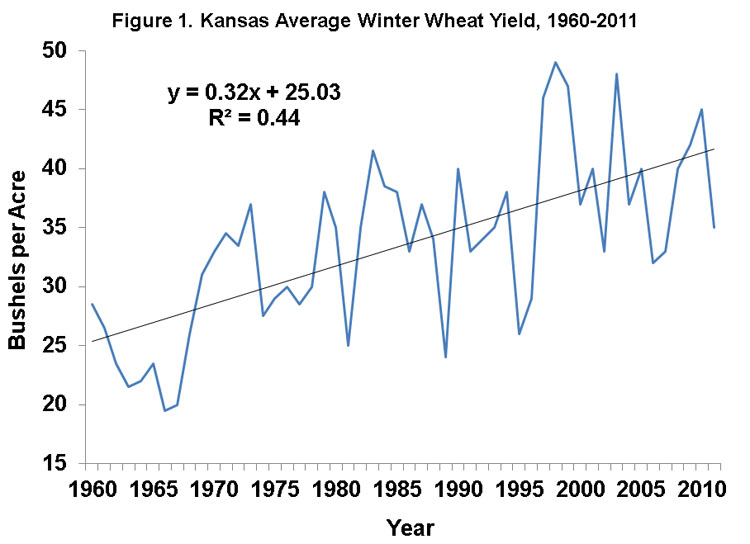 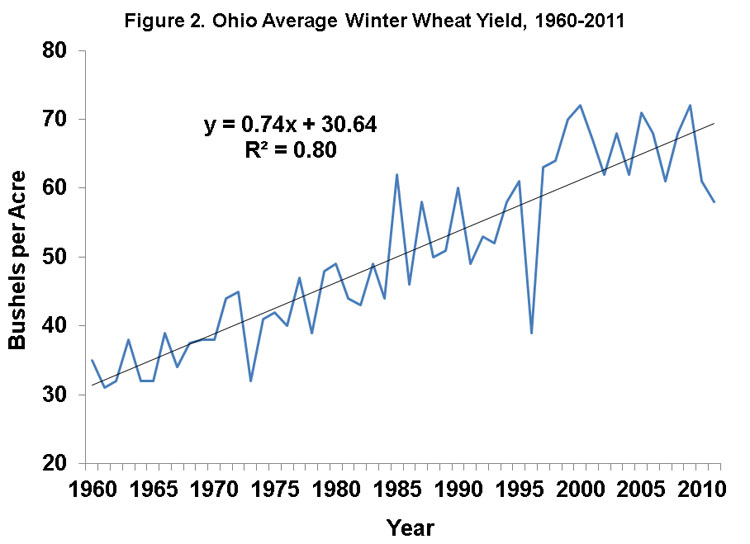 The yield patterns result in the following observations and thoughts: 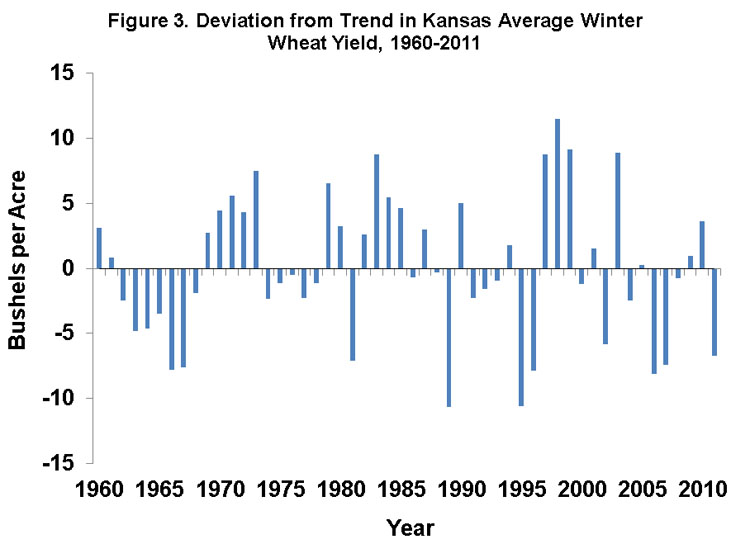 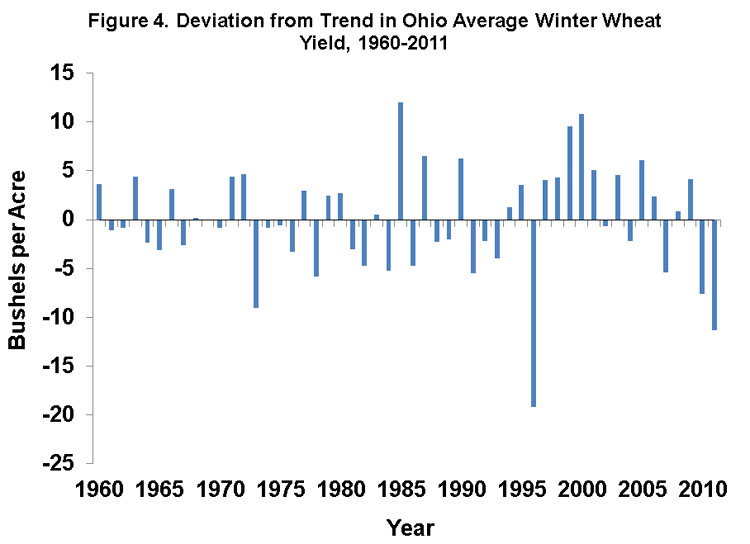 Based on data from 1960-2011, we estimate the trend winter wheat yield in 2012 to be 42 bushels per acre in Kansas and 70 bushels per acre in Ohio. For any particular year, including 2012, odds slightly favor a yield below trend in both states. More specific expectations about the 2012 average yield will unfold as the crop comes out of dormancy and spring weather prospects emerge. The USDA will release the first yield forecast on May 10th.