This post is the fourth and final in a series on the characteristics associated with financial performance of Illinois grain farms from 2005 to 2009. The first two posts in this series (available here and here) examined the characteristics of grain farm operations with consistent performance over the 5-year time period ? or farms which were in the top and bottom quartiles for management returns in each of the 5 crop years. The third post (available here) shifted focus towards performance on an annual basis ? or what characteristics could be identified for grain farms earning management returns in the top or bottom 25% in any given year from 2005 to 2009. Today’s post focuses on crop yield and price levels across operations falling in the top and bottom quartiles for each year, and also provides some summary remarks based on what this series of posts has revealed. 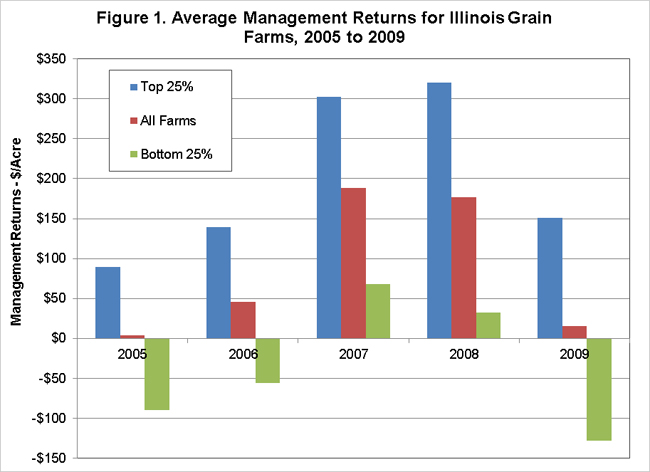 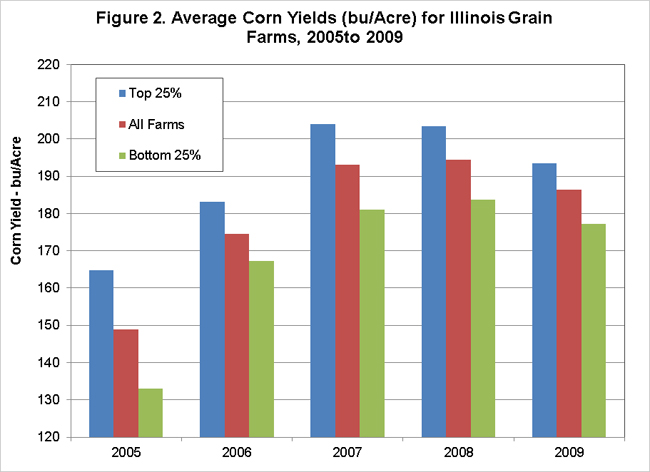 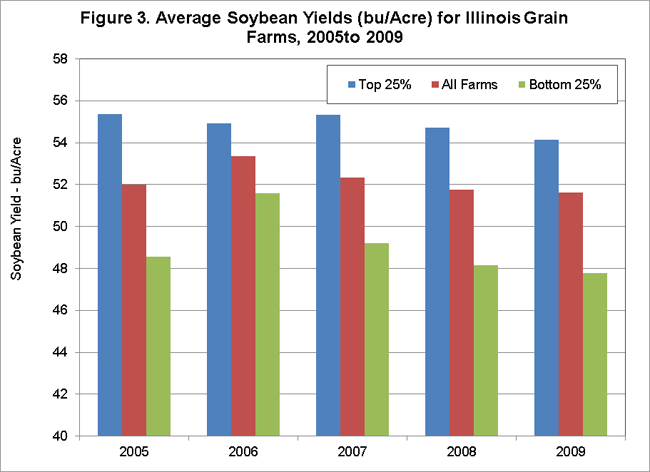 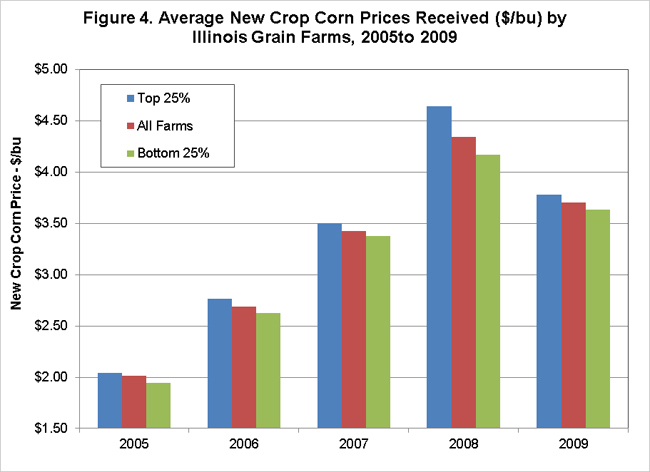 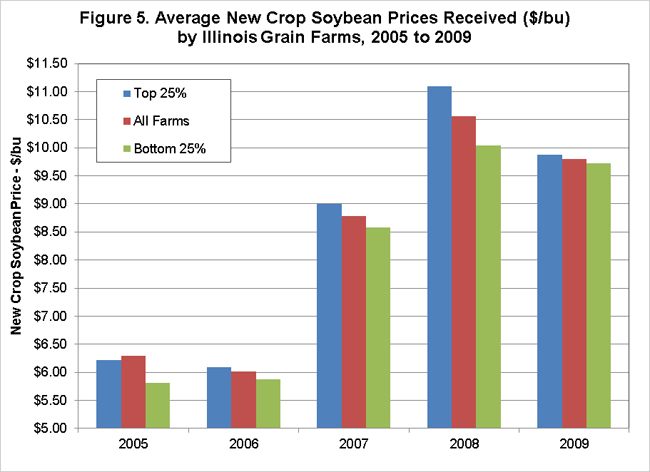 In summary, this series on farm performance has shown that grain farms which achieve higher yields and receive higher prices earn greater returns consistently over time and within any given crop year when examining the 2005 to 2009 period. On the cost side, farms earning higher returns also have lower costs of production, and there is a wider gap in power costs between the top and bottom performance groups compared to direct input costs. In terms of farm size and tenure position, larger operations with more total acres and fewer acres rented under fixed cash rent agreements are characteristics of the higher return groups.

But what have these posts revealed beyond the obvious? First, at least for the data and time period analyzed, it seems to be extremely difficult for grain farms in Illinois to consistently earn returns in the top quartile even over a relatively short 5-year period. Only 3.2% of the farm operations were classified as consistent performers, earning returns in the top quartile each of the five years. Second, farm operations earning high returns tend to also achieve higher yield levels, and the yield gap tends to be larger in years with poorer overall crop yields (i.e. 2005). In the second post focusing on performance consistency (Feb 16), yield differences between the top and bottom performance groups ranged from 5 to 10% for corn and 3 to 12% for soybeans. These are comparable to the yield differences seen across the top and bottom performance groups in today’s post, with the exception of the 2005 crop year where there was more than a 20% difference in average corn yields across return groups.

Finally, on the price side, the difference in corn price received between the consistent top and bottom performers was fairly negligible, while average soybean prices differed across the groups by 3 to 9%. On an annual basis, the price differences tend to be slightly more significant. For example, the difference in price received between the top and bottom quartile farms in 2008 was approximately 10% for both corn and soybeans.

These results indicate what I think most commodity market analysts have known for many years – it is difficult to consistently beat the market. While grain marketing has been and will remain a vital component of farm and risk management, having the managerial abilities to achieve consistently high yields and effectively control costs are other important characteristics associated with Illinois grain farm operations which consistently earn higher financial returns than their peers.