According to a recent Moody’s Investors Services report, U.S. corporate companies are sitting on a record high $1.24 trillion of cash. The Wall Street Journal reports cash and near cash holdings by U.S. nonfinancial firms increased from 9% of GDP in 2003 to 13.9% in 2011. Analysts suggest these increased holdings are partially a reaction to the financial crisis. Some companies are repairing their balance sheets. Although capital investments by corporations are increasing moderately, many companies have been cautious due to the economic outlook and regulatory uncertainty. Due to limited investment opportunities, many companies are simply increasing stock buybacks and dividends to enhance shareholder returns. For example, Apple announced in March they will start paying dividends for the first time since 1995 and also initiate a $10 billion stock buyback next year. The lack of capital investment of this cash does push against stronger economic activity and growth.

The increasing trend in cash and liquidity can also be observed in commercial agriculture, but for different reasons. Record farm profitability, increasing input costs and commodity price volatility are factors motivating farmers to improve their liquidity and cash positions. The average working capital position of Illinois farms has almost tripled since 2003 (Figure 1). The enhanced liquidity positions provide a strong buffer for an economic downturn, but also is a drag on profitability due to the low returns on cash holdings. 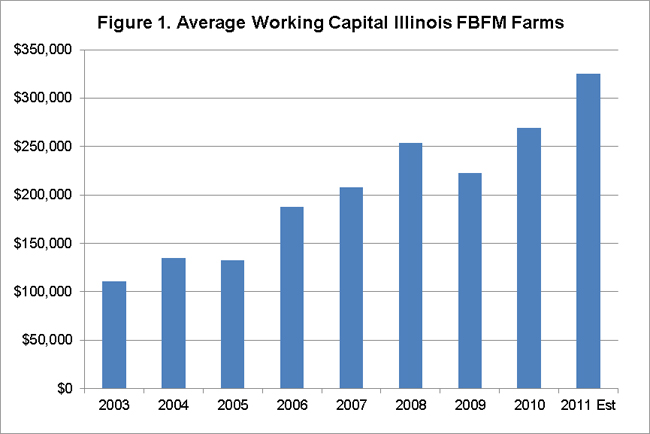 Cash and reserve holdings have also increased substantially at banks. Figure 2 shows the increase in excess reserves held at depository institutions. Although much of the increase in reserves is due to the Federal Reserve’s liquidity facilities responding to the crisis, some of the increase has been a result of banks’ lending and investment decisions. Although credit standards have tightened in some markets, demand for business loans has declined in other markets. The large reserve balances could create inflationary pressures when banks decrease reserves and increase lending resulting from increases in consumer and business investments. 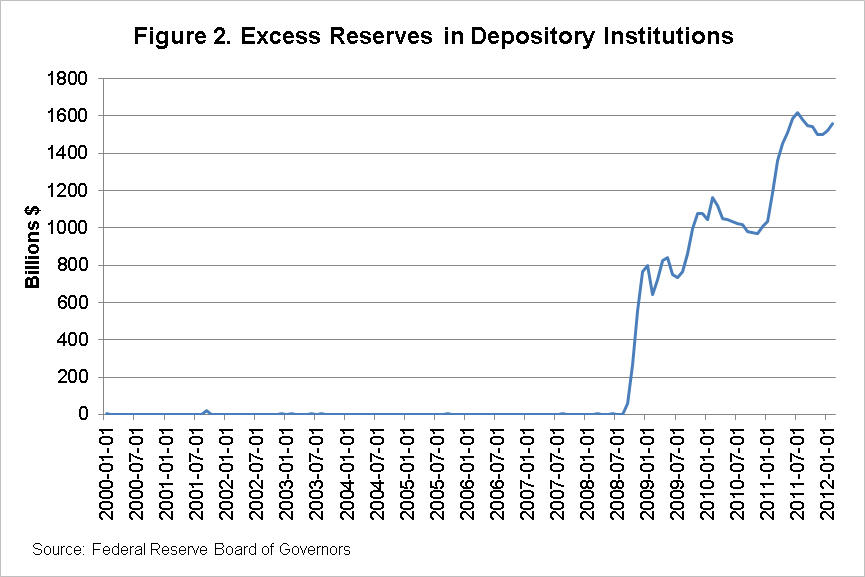 At the agricultural bank level, the increased profitability of farms has increased bank deposit levels while decreasing the demand for loans. There has been a general decline in the loan to deposit ratio of agricultural banks in the U.S. (Figure 3). Over 75% of the banks surveyed in the Chicago Federal reserve district indicated their loan to deposit ratio was lower than desired. The same survey reports that 37% of lenders indicated loan demand will be lower than the previous year and 52% indicated higher funds availability than the previous year. Higher cash balances and lower loan levels relative to deposit balances will put more pressure on profitability levels of agricultural banks.

Corporations, lending institutions and farms have all increased cash holdings the past 5 years. In times of economic uncertainty, firms often move to safety and higher cash holdings. On the corporate side, these increased cash holdings can be a headwind for economic growth. In agriculture, the increased liquidity provides a reserve for increased price and production risks. The tradeoff is decreased profitability due to the low interest earned on cash and savings. Lenders are also affected through higher loan repayments and lower demand for loans.