As cash rents increase, returns to farmland increase, generally leading to higher farmland prices. USDA estimates the average 2012 cash rent in Illinois at $212 per acre, 16 percent higher than the $183 per acre rent in 2011. The 2012 increase continues a series of years of large increases in cash rents (see Figure 1). Since 2005, cash rents have increased by 64 percent. 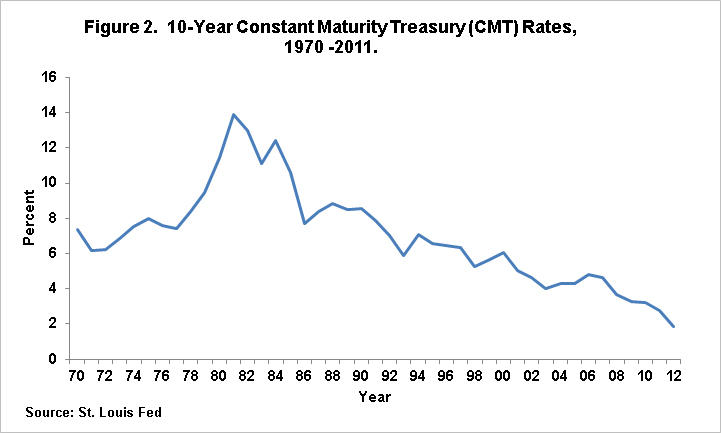 This formula assumes that cash rents and interest rates remain the same as current values throughout the future.

Between 1987 through 2010, prices and capitalized values followed each other closely, indicating that farmland prices were closely following changes in farmland returns and interest rates as represented by the capitalization formula. The largest deviation occurred in 2007, when farmland price was $1,100 above the capitalized value. This year was at the end of the period in which there was large interest in developing farmland for commercial purposes and at the beginning of period of higher farmland returns caused by higher commodity prices.