Recent high wheat prices have led to speculation that wheat acres may increase in 2013. Herein, projected 2013 returns for corn, soybeans, and wheat-double-crop-soybeans are compared to historical averages for southern Illinois. In 2013 budgets, wheat-double-crop-soybean return is closer to corn return and further from soybean return than is typical from a historical perspective, but differences from historical averages are not large. Projected returns do not suggest large increases in wheat acres. However, favorable fall planting weather could lead to more wheat plantings. 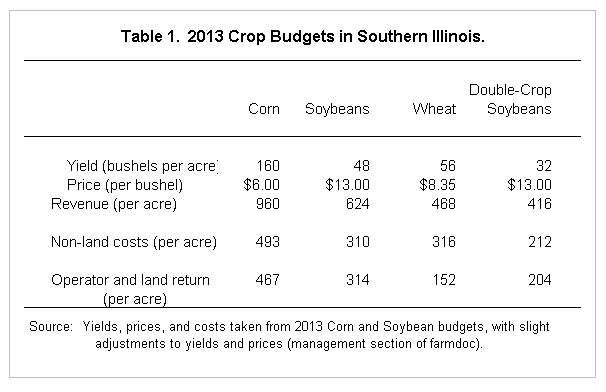 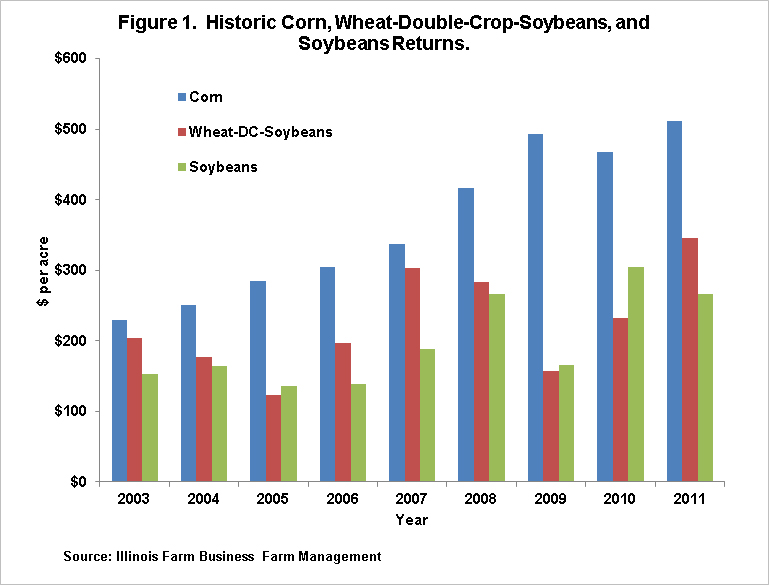 Current budgets have wheat-double-crop-soybeans in their historical relations with corn and soybeans: corn has higher returns than wheat-double-crop-soybeans which have higher returns than soybeans. These projected returns do not suggest major shifts to wheat during this fall. As is typically the case, wheat plantings may be influenced more by planting conditions than by differences in projected returns. A favorable planting season this fall could see more wheat planting in southern Illinois.