The main issue shaping the political debate around the 2012 Farm Bill is the desire to cut spending for deficit reduction. While farm programs do not represent the biggest piece of the Farm Bill pie, they are the main targets for program modifications and reductions in overall support as they become more difficult to justify with farm incomes reaching record levels.

The United States Senate has passed its version of the 2012 Farm Bill. The House Ag Committee has also passed a version of the 2012 Farm Bill, but it has not yet reached a vote on the House floor. While the two versions of the Farm Bill are different and will require some reconciliation before a final Farm Bill is sent to the President’s desk, they have both been scored to achieve savings relative to current programs.

Both versions achieve these savings via cuts to Commodity, Nutrition, and Conservation programs while projected support for Crop Insurance programs would increase. These proposed changes suggest a shift in farm program focus from income supports to risk management where the federal crop insurance program serves as the main safety net for crop producers.

Existing commodity programs – direct and counter-cyclical, ACRE, and SURE – are eliminated in both Farm Bill proposals. The Senate version replaces these programs with a “shallow-loss” revenue program where farmers would have the choice between county- and farm-level coverage. The House version would offer producer’s the choice between a countylevel revenue program or price supports with updated target prices for eligible commodities.

In addition, supplemental crop insurance coverage is created in both versions. The shallow loss revenue programs base their guarantees on Olympic averages of recent yields and national cash prices, and have payment limits and eligibility rules based on adjusted gross income. In contrast, supplemental insurance coverage bases its guarantee on insurance (futures) prices and trend yields and will not be subject to payment limitations, but will require the producer to pay a subsidized portion of the premium.

Thus, these new and modified programs will require producers to make choices among programs which offer varying forms of price andyield risk protection. Furthermore, their individual crop insurance purchases may also influence the risk protection offered by the supplemental insurance coverage option and their choice among the modified commodity programs.

Despite more than a year of debate, the likelihood of a Farm Bill being passed in 2012 is still very uncertain. The threat of “permanent” law being put in place if current programs expire should encourage some form of action by Congress prior to the end of 2012. Possible scenarios for the Farm Bill in the lame duck session include House and Senate passage via standard or expedited processes, or a short- or long term extension of current programs. Given the short timeframe, the general view is that some form of extension will be passed and the Farm Bill will be revisited in 2013. 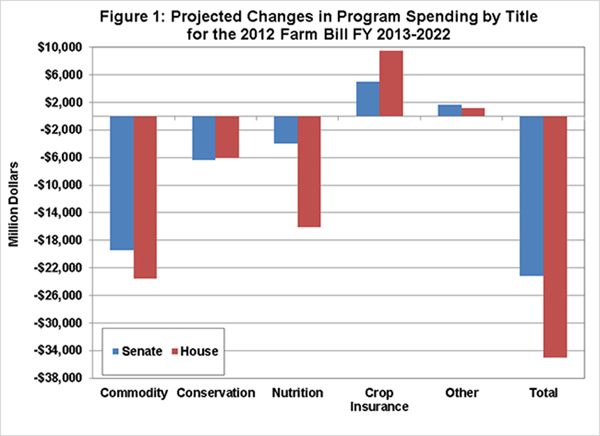 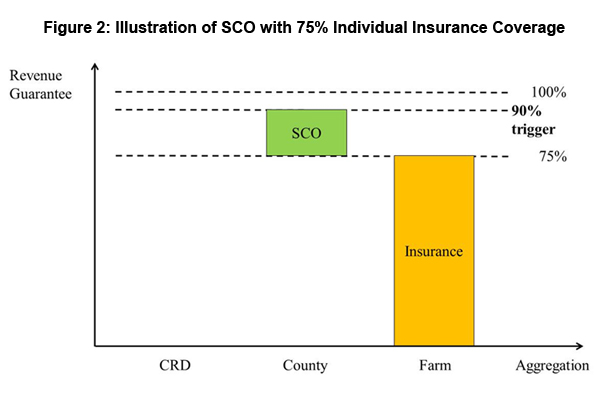