This is the second of a five part series dealing with controlling costs on a grain farm. 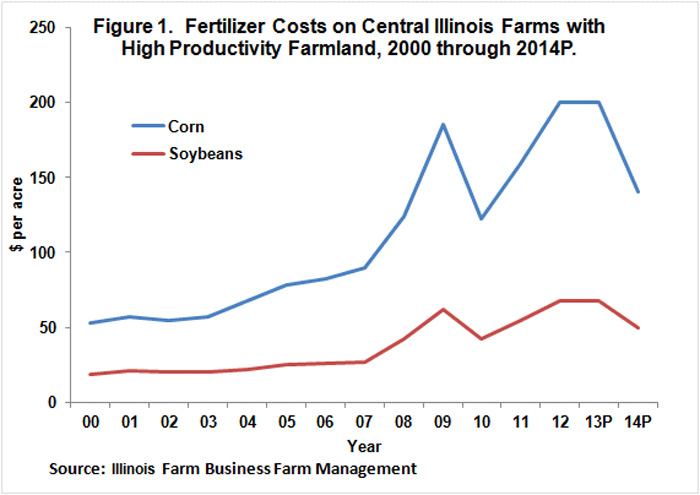 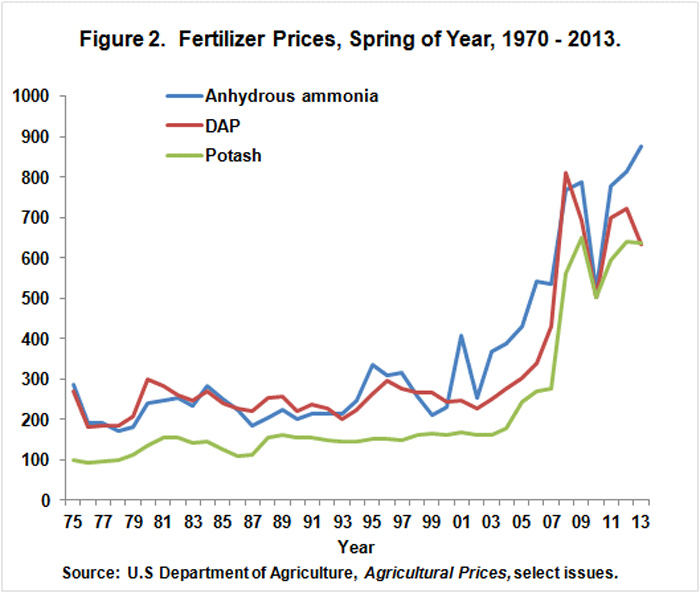 While 2014 price declines are large, further downward pressure may exist on fertilizer prices. Additional plant capacity to produce anhydrous ammonia is being placed into operation.  Cartel alliances relative to potash have broken up.

While fertilizer cost decreases will occur in 2014, further examination of fertilizer rates may be prudent.  Relative price changes between commodity and fertilizer prices may warrant changes.

However, fertilizer prices also are decreasing and will have the opposite effect of commodity price changes.  An application rate that cost $20 per acre in 2013 likely will be around 20% less in costs in 2014.

Overall commodity prices likely will decrease more than fertilizer prices.  Corn prices averaged $6.70 in 2013 and likely will be closer to $4.00 in 2014, a 38% decline.  As indicated above, fertilizer cost decreases are in the 19% to 27% range. Because fertilizer prices are declining less than corn price, these changes would suggest lower application rates, although fertilizer applications that are the most economical are fairly unresponsive to relative price changes.