Per acre gross revenue for corn in 2014 is projected to be $808 per acre in northern Illinois, $292 lower than the 2011 through 2013 average of $1,100 per acre. Given the current price outlook, average gross revenue in 2015 is projected lower than 2014 revenue. These lower revenues will require cash flow adjustments on farms. Government payments will result in 2014 and 2015. These 2014 and 2015 payments will be higher than from 2006 to 2013, but lower than the average for the 2000 through 2005 period. Government payments will not make totally offset crop revenue decreases. 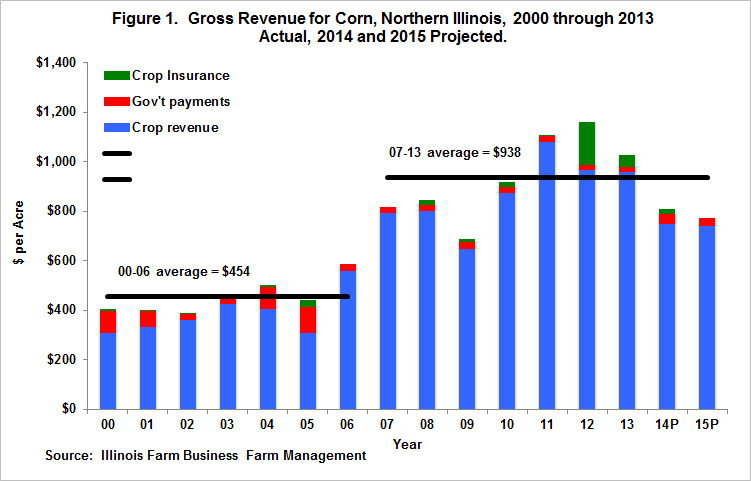 Government programs will not totally offset gross revenue decreases that will occur in 2014 and are expected in 2015. These payments will help in transitioning to lower crop revenues, but will not eliminate the need for adjustments. As the 2014 Farm Bill designed Commodity program payments to be higher in years of lower revenue, government payments will be higher in 2014 and 2015 than in years of higher revenue.