The bars in Figure 1 show actual gross revenues from 2000 through 2013 and projected gross revenues in 2014 and 2015. More details on these revenue projections are given in the October 21 farmdoc daily article. 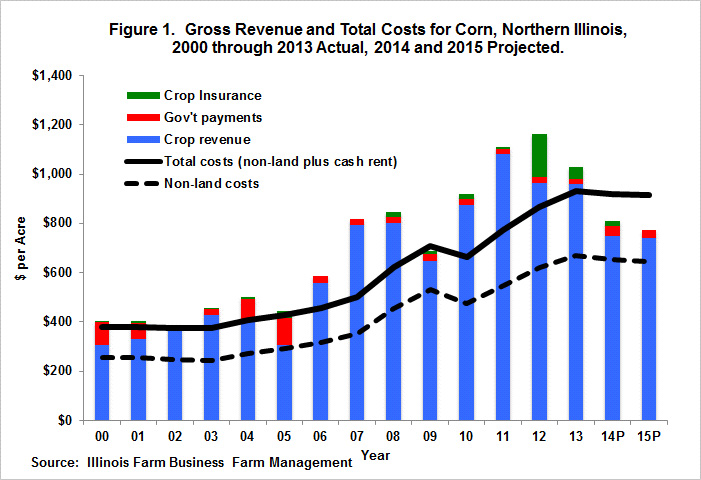 Several points from these projections:

Schnitkey, G. "Projected Corn Gross Revenues Down in 2014 and 2015." farmdoc daily (4):203, Department of Agricultural and Consumer Economics, University of Illinois at Urbana-Champaign, October 21, 2014.