During recent years, capital purchases on grain farms have more than tripled on a per acre basis. Capital purchases will need to decrease given the lower net incomes projected over the next several years. Not reducing capital purchases by enough could result in financial stress in future years.

Figure 1 shows capital purchases on a per tillable acre basis. These per acre values are averages over Northern Illinois grain farms enrolled in Illinois Farm Business Farm Management having usable data. Capital purchases include machinery, building, and other items typically having a life longer than one-year. 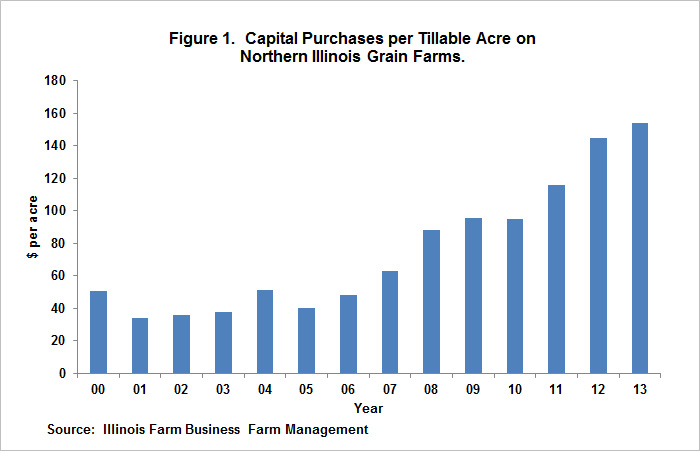 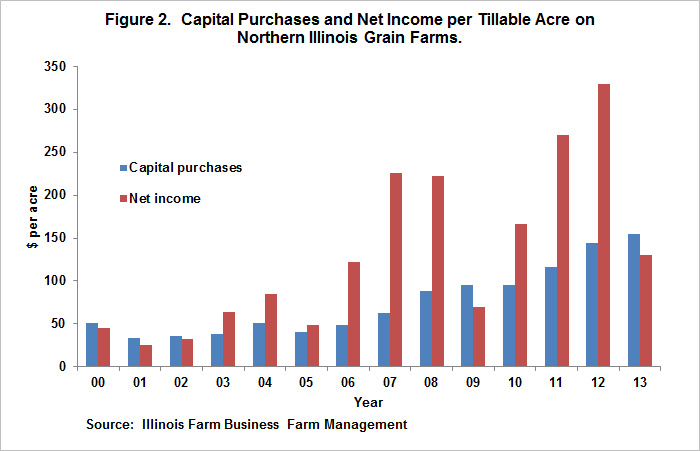 Capital purchases will need to decrease now that it appears that an extended period of lower incomes may be occurring. One question is: How long will the lag be before capital purchases decrease? Note that 2013 net income was down from 2012 income (see Figure 2). However, capital purchases in 2013 were higher than in 2012.