Higher milk prices were not enough to offset higher costs resulting in total economic costs exceeding returns for Illinois dairy producers in 2013, according to figures summarized by University of Illinois agricultural economists in cooperation with the Illinois Farm Business Farm Management Association. 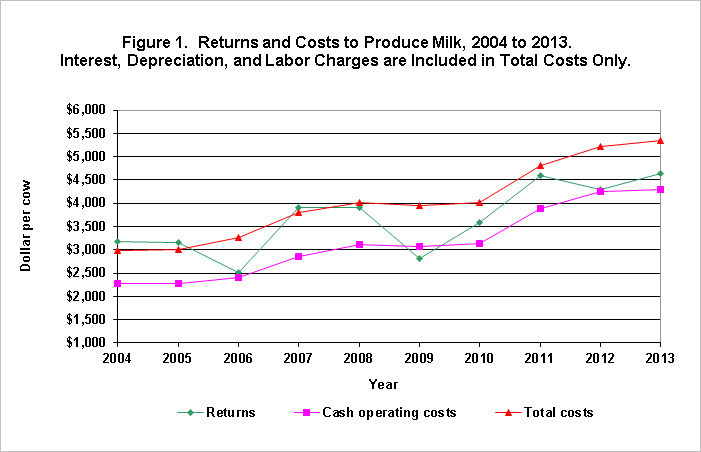 Costs will likely not exceed milk prices in 2014 resulting in positive profit margins for dairy producers. Higher milk prices and lower feed costs will be the main reasons for the increase in returns. The average price received for milk in 2013 was 7 percent higher than the average in 2012. The average milk price for 2014 is projected to be about 121 percent more, or about $4.15 per hundredweight higher than the average for 2013. Increased domestic demand has led to lower prices. United States milk production is expected to increase about 2.5 percent in 2014 due to an increase in the number of milk cows and lower feed costs.

A more thorough report can be found at the University of Illinois farmdoc website:
http://www.farmdoc.illinois.edu/manage/enterprise_cost/FBM-0160milkcost.pdf