Gross revenue in 2015 is projected for 43 cases representing conditions in each year from 1972 through 2014. Cases are centered on the 2015 projected price of $4.15 per bushel and an expected yield of 196 bushels per acre. For each case year, yield and price changes are calculated and applied to the $4.15 projected price and 196 bushel per acre expected yield. For each year, four items are estimated: 1) harvest price, 2) market-year-average (MYA) price, 3) county yield, and 4) farm yield. 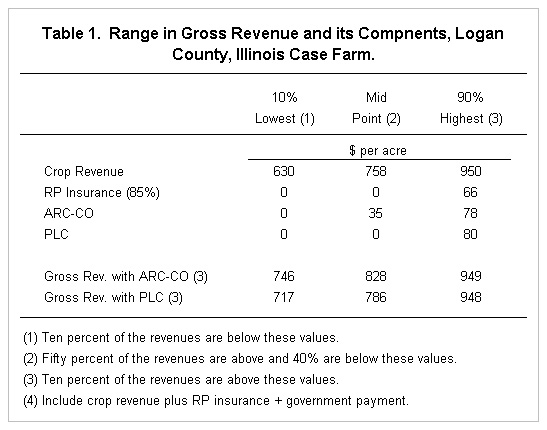 Gross revenue takes into consideration the above components, equaling crop revenue plus crop insurance payment plus government program payments. Two gross revenues exist: one when government payments are received through ARC-CO and the other through PLC. 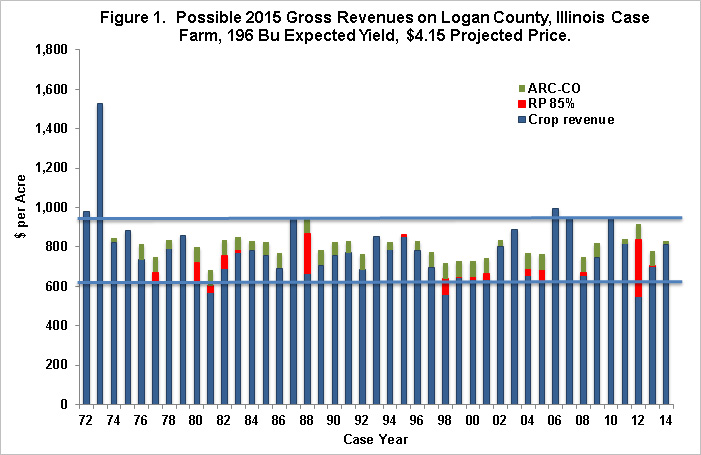 A “typical” year has yields near trend and prices near projected prices. These years result in revenue in the mid to low $800 per acre range. A string of these years occurred between 1996 through 2001. During these years, yields were within 10 bushels of trend and harvest prices were relatively close to projected prices.

This analysis suggests that ARC-CO has about a 75% chance of making a payment. Many of the years are projected at $78, the maximum payments for ARC-CO in 2015 (see Figure 2). In compassion, PLC is projected to pay in 44% of the cases. Average payments from ARC-CO are estimated at $49 per acre. PLC is at $25 per acre. Note that these represent estimates for 2015. ARC-CO and PLC payment expectations will change over time. In particular, ARC-CO guarantee will change as the benchmark yield and price changes. 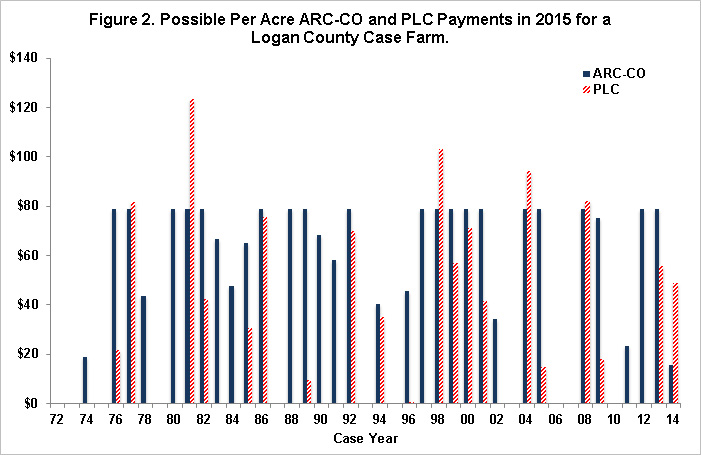 There is a range of possible revenues in 2015. Expectations are for gross revenue to be below total costs given that farmland is cash rented at an average cash rent. Only 23% of the cases have gross revenue exceeding total costs.