This article begins a three-part series on the implications of the 2014 farm bill for (1) U.S. commitments on farm subsidies under the current World Trade Organization (WTO) Agreement and (2) current attempts to revitalize the Doha Round negotiations for new WTO trade rules. This article specifically addresses the growth in crop insurance due to its importance for both topics.

is commonly illustrated using acres insured. They increased from 205 million in 1996 to 294 million in 2014 (Figure 1). As sizable as a 44% increase is, it understates growth. Average coverage, determined using acres at each coverage level, also increased: from 58% in 1996 to 75% in 2014 (Figure 2). In particular, share of acres covered at 80% and 85% rounded to 0% in 1996, a stark contrast to 2014’s 21% share. Insured liability, which includes both factors increased by 331%, from $35 to $110 billion. However, insured liability overstates growth since it includes the impact of higher prices since 2006. To reduce the impact of prices, insured liability can be divided by the value of U.S. field crops. This ratio increased from 30% in 1997 to 73% in 2014 (Figure 3), an increase of 141%. Because insurance has a minimum deductible of 10% for area (county) insurance and 15% for individual farm insurance, insured liability is now between 81% and 86% of the potential value of U.S. field crop production that can be insured. 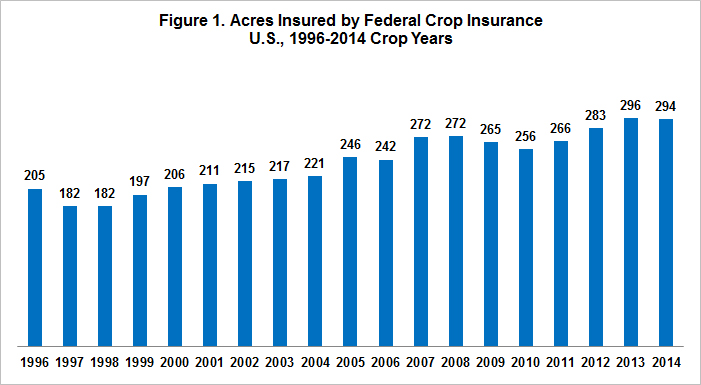 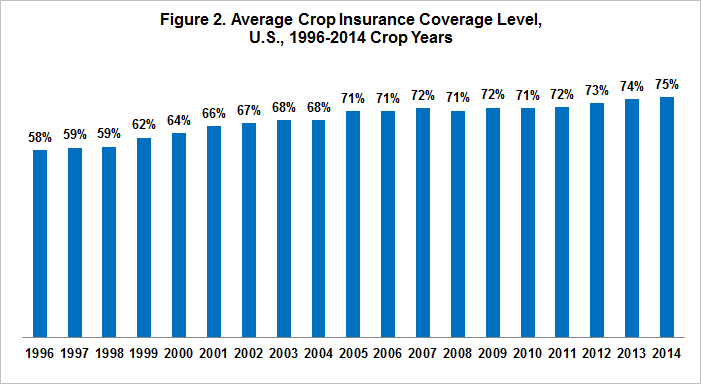 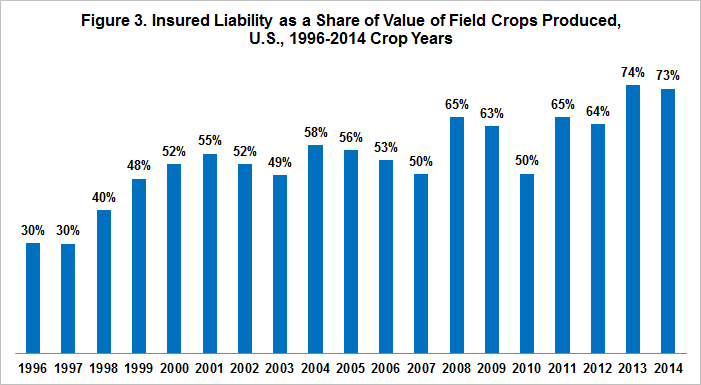 is one measure of changes in public policy’s incentive to buy crop insurance. Net farm insurance payments (also called net indemnities) equal insurance indemnities (payments) made to farms minus the insurance premium farms paid. Average annual net farm insurance payments increased from $0.7 to $6.8 billion from the 1996-2000 to 2010-2014 crop year periods (Figure 4). Several factors impact the increase, including higher prices; but a key factor is public policy’s decision to reduce the share of premiums paid by farms. This share has declined by half, from 74% in the early 1990s to 38% in recent years. It is important to note that net insurance payments to the crop sector do not mean every insured crop farm receives a payment. A farm must have a loss relative to the insurance it buys to receive a payment. 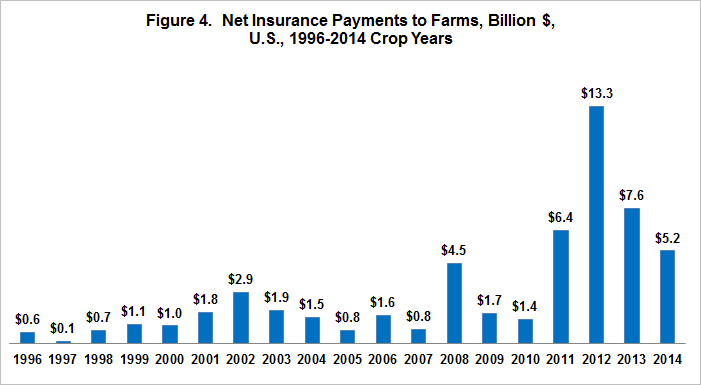 A common argument heard throughout the history of U.S. crop insurance is that increasing subsidies would bring less risky farms into the risk pool. The implication is that this consideration may reduce the cost of farm incentives measured on an insured liability basis. Figure 5 thus presents the ratio of net farm insurance payments to insured liability. Since 1996, this cost-to-liability ratio certainly has not decreased and, if anything, has increased. 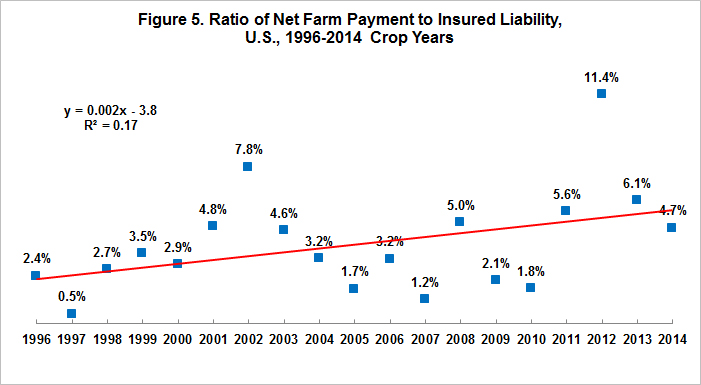 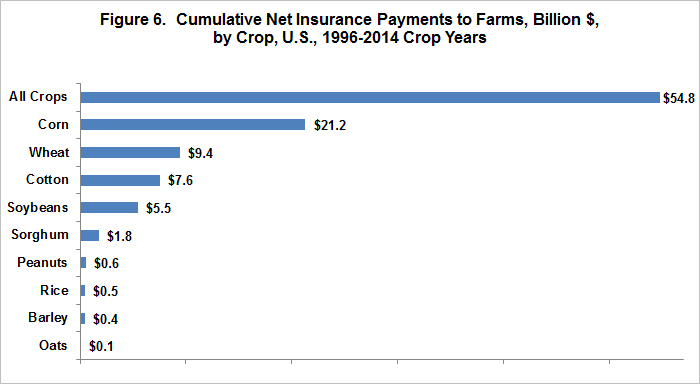 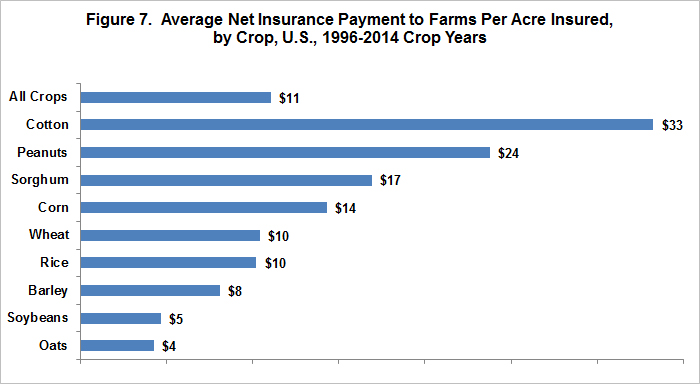 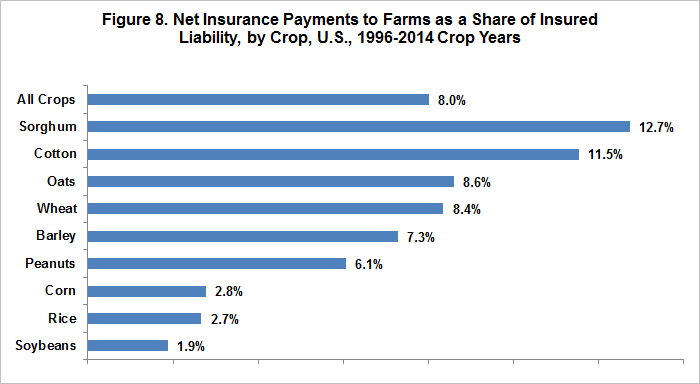