As harvest is beginning, more information is available to project 2015 revenues and returns. Revised returns are presented in this article for high-productivity farmland in central Illinois. Similar estimates for northern, southern, and low-productivity central Illinois farmland are available in the 2015 Crop Budgets. Overall, returns for 2015 continue to be projected at low levels, with returns being below average cash rent levels. 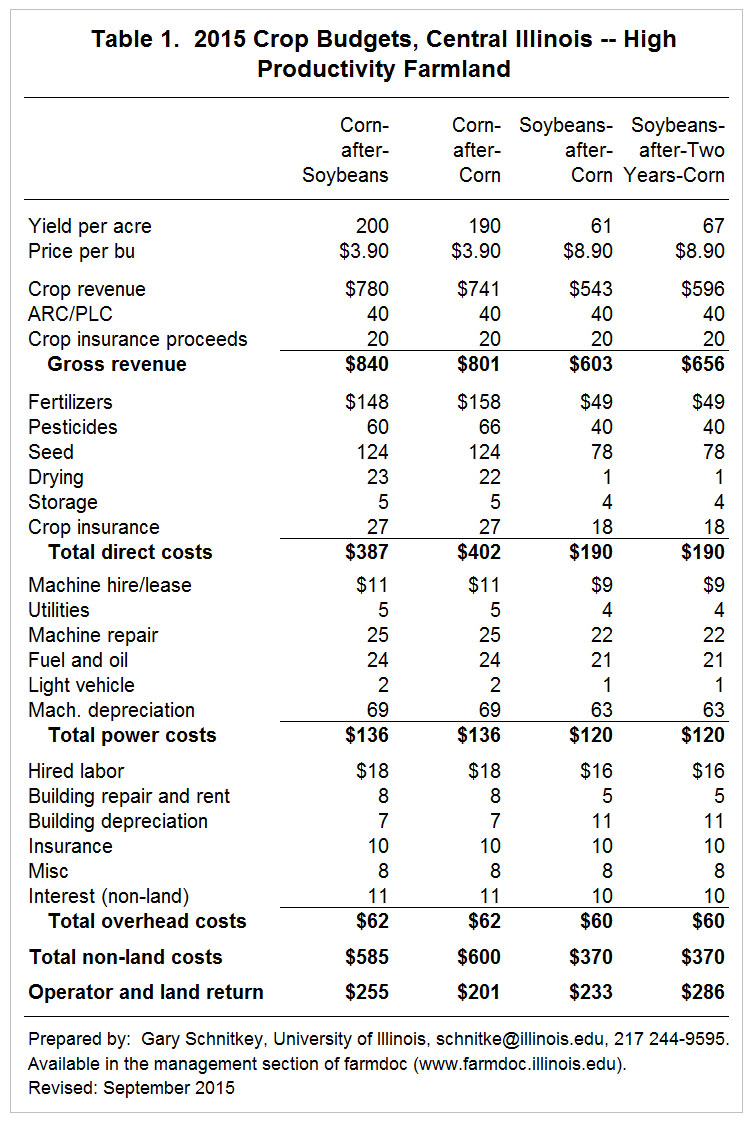 Commodity prices : Revised World Agricultural Supply and Demand Estimates (WASDE) were released on Friday (for a commentary see farmdoc , September 14, 2015). WASDE’s range on corn price for the 2015-16 marketing year is from $3.45 per bushel to $4.05 per bushel, with a midpoint of $3.75. Current forward cash bids in central Illinois range from $3.85 per bushel for harvest-time delivery to $3.95 for spring delivery. A price of $3.90 per bushel is used in Table 1, reflecting an expectation in the higher end of the WASDE range.

WASDE’s range on soybean price is from $8.40 per bushel to $9.90 per bushel, with an average of $9.15 per bushel. Current central Illinois forward bids range from $9.00 for harvest-time delivery to $8.75 for spring delivery. A price of $8.90 per bushel is used in Table1, slightly below the mid-point of the WASDE range, reflecting the lower forward bids.

Revenue includes $35 per acre for ARC payments. This $35 value is an average over corn and soybean base acres, with procedures used to estimate ARC payments provided in a previous article (farmdoc daily, August 18, 2015). Items to note about these ARC payments are: 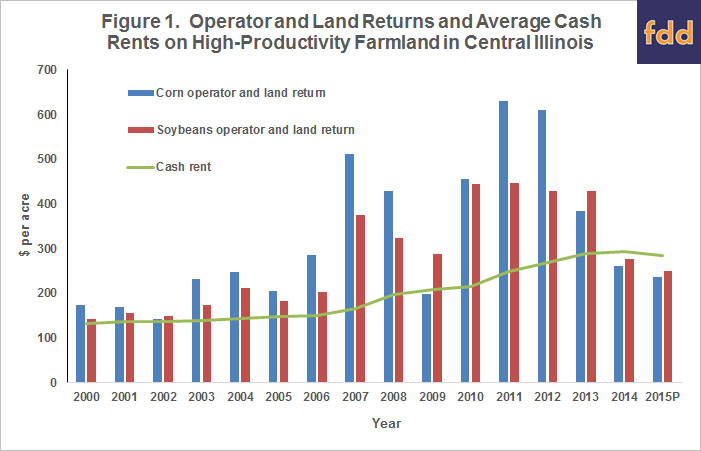 Revised estimates of gross revenue for 2015 are presented in this article. Revised gross revenues point to low returns and low net incomes for 2015. Revisions to these estimates will be made as more accurate yield, price, and cost information is obtained.