Specific levels of ARC-CO payments can be obtained from a FAST spreadsheet entitled the ARC-CO PLC Payment Estimator. This spreadsheet is available for download from the FAST section of farmdoc (click here for download). By using this worksheet, an individuals can select a specific state, county, and crop combination (see Figure 1). The tool will then give the 2014 ARC-CO payment, as well as estimates of 2015 through 2018 payments. Users can change 2015 through 2018 estimates by changing county yields and Market Year Average (MYA) prices.

The example in Figure 1 is for corn in DeKalb County, Illinois. The 2014 county yield computed by FSA for DeKalb County is 194 bushels per acre, as reported on the 2014 line of the Payment Estimator. This yield, along with a MYA price of $3.70 results in an ARC-CO payment of $62.07 per base acre. If a farm has 100 base acres in corn, total payment would be $6,207 ($62.07 x 100 base acres). The $62.07 per acre reflects a 6.8% reduction in program payments due to Federal legislation requiring sequester if certain budgetary requirement had not been met.

Yields for some county and crop combinations have not been released. Yields in this spreadsheet will be updated as those yields are released. FSA will release these yields here. 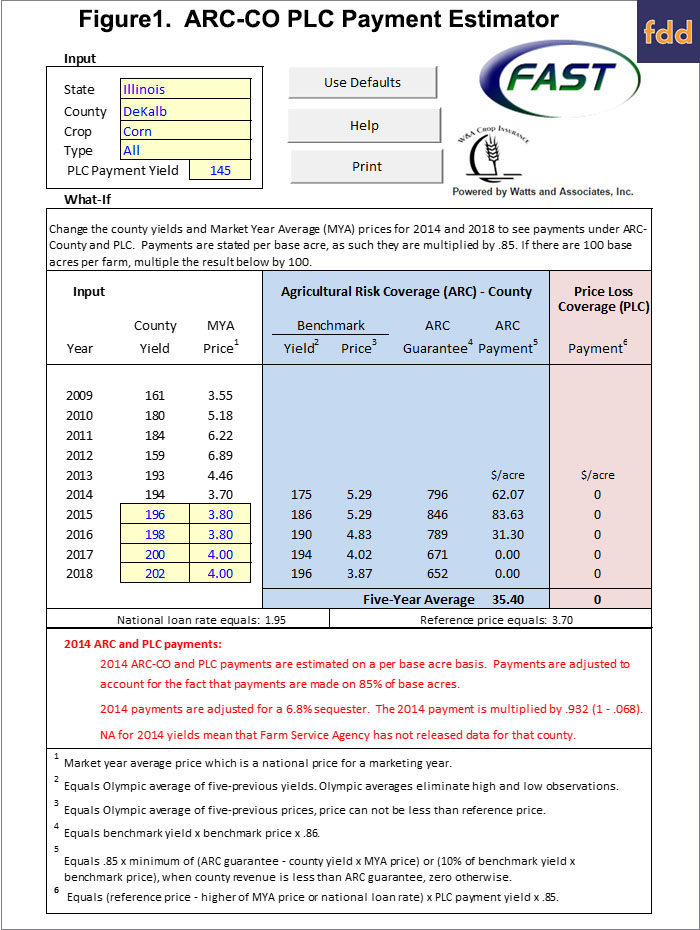 Figure 2 shows a map giving ARC-CO payments for all counties in the United States where 2014 county yield data exists. For counties with both irrigated and non-irrigated time series, the payment for the irrigated series is shown in the maps. As can be seen, ARC-CO payment above $45 per acre occur in many counties in Nebraska, Minnesota, Iowa, Wisconsin, and Ohio. These areas typically had average to below average yields in 2014. Other areas such as southern Iowa, Missouri, central and southern Illinois, and southern Indiana did not have payments. These areas had exceptionally good yields in 2014 relative to the Olympic average of yields for 2009-2013. 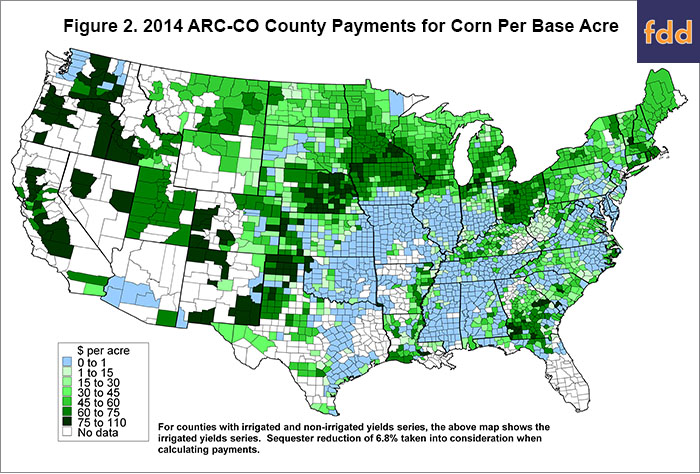 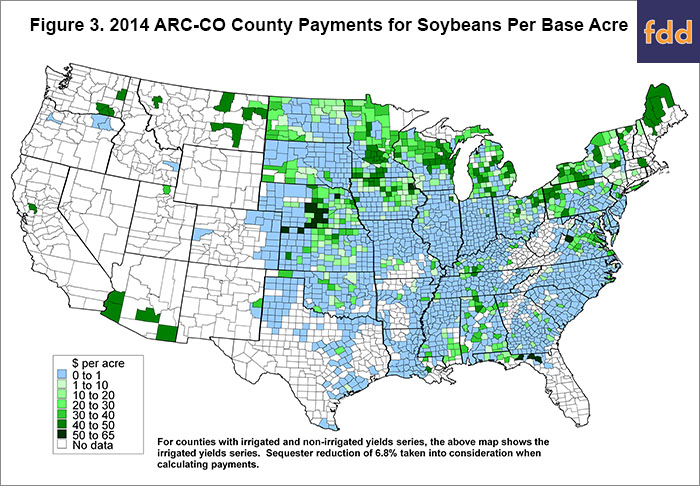 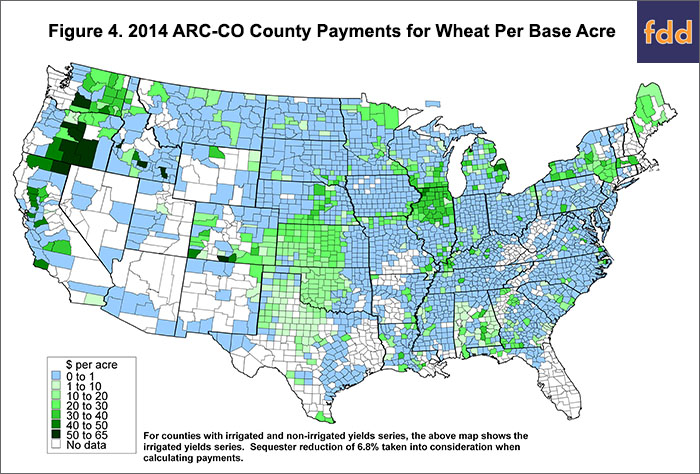 A couple of notes on 2014 payments and their lessons for ARC-CO payments in 2015: