The country groups noted above can be described broadly as North America, Europe, large Asian consumer-producers, South America, and the former Soviet Union. Each group produces 10% or more of world production for at least one crop. No attempt is made to defend this grouping as optimal since alternative groups are equally defendable. The groups nevertheless provide insight into production variability across the globe.

Except for the EU, the data begin with the 1987 crop year, the first year data are available separately for the countries that composed the Soviet Union. Data for the EU do not start until the 1999 crop year. Source for the data is the U.S. Department of Agriculture, Foreign Agriculture Service “Production, Supply, and Distribution Online“.

Four of the county groups contributed roughly 10% or so of world production in either or both 2001-2005 and 2010-2014 (see Figure 1). These two periods are before and at the end of the recent period of extended farm prosperity. Canada-U.S. accounted for the largest share of world corn production in both periods but its share declined from 42% to 36%. The shares of China-India and South America increased while the EU’s share declined. China-India and South America are making inroads into U.S. dominance. In assessing these county groups, it is worth noting that, in 2014, the U.S. accounted for 97% of Canada-U.S. corn production while China accounted for 90% of China-India corn production. 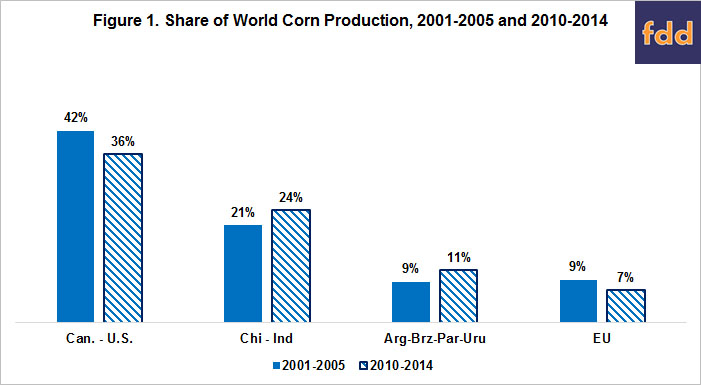 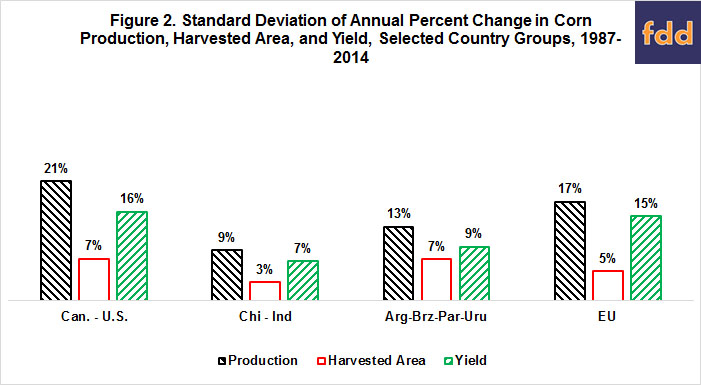 South America now produces over half of the world’s soybeans while the U.S. share is just above one-third (see Figure 3). However, the key feature is the overwhelming dominance of South plus North America. Together they account for over 85% of world soybean production. Adding in China-India brings the share to over 95%. 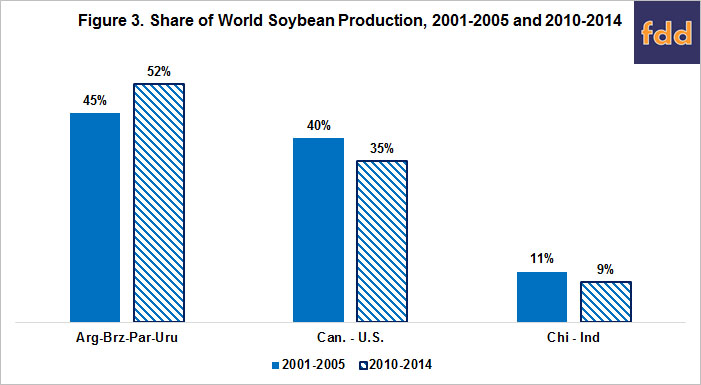 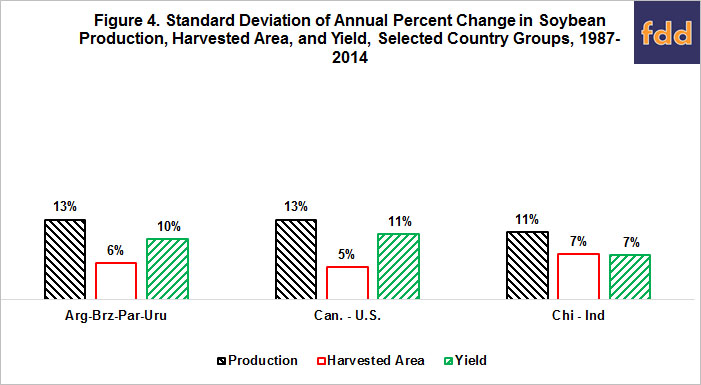 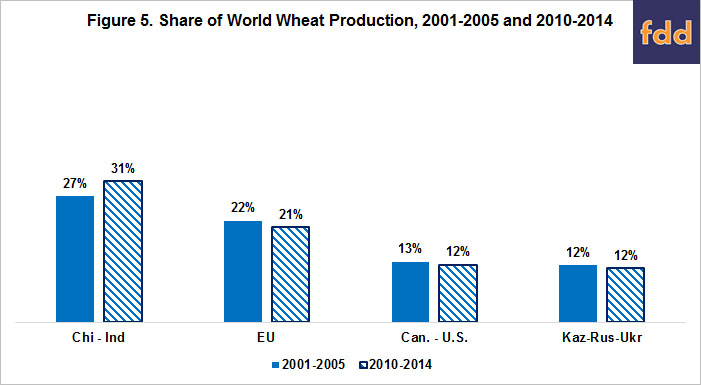 Wheat production variability is notably smaller for China-India than for the other country groups (see Figure 6). In contrast, production variability is notably higher for the former Soviet Union countries. Moreover, variability of wheat production in Kazakhstan-Russia-Ukraine (27%) is higher than for any other crop-country group combination. The next highest variability of production is Canada-U.S. corn at 21%. For a more complete discussion of the emergence of Kazakhstan-Russia-Ukraine as a major actor in the world wheat trade, see the October 11, 2012 farmdoc daily article, “Kazakhstan, Russia, Ukraine (KRU) and World Grain Markets.” 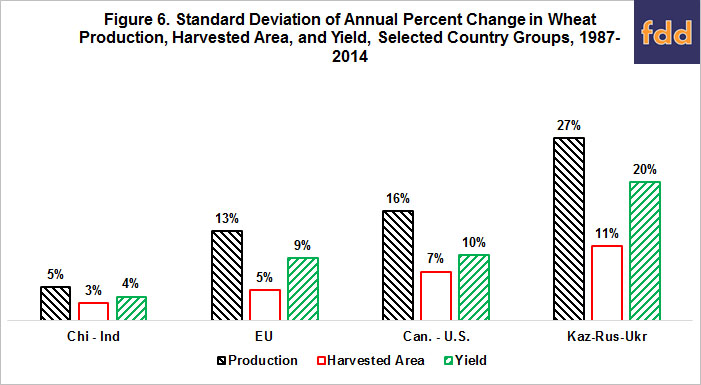