At this point, 2015 county yields and MYA prices are not known with certainty. Therefore, the following will be used to estimate 2015 ARC-CO payments:

Table 1 shows per acre payments for different county yields and MYA prices. ARC-CO will make corn payments at many yield-price combinations. Even at the $3.95 MYA price, the high end of the WASDE range, ARC-CO payments occur for county yields below 190 bushels per acre. 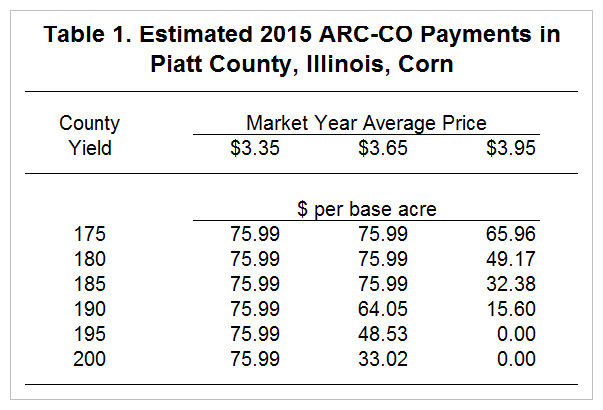 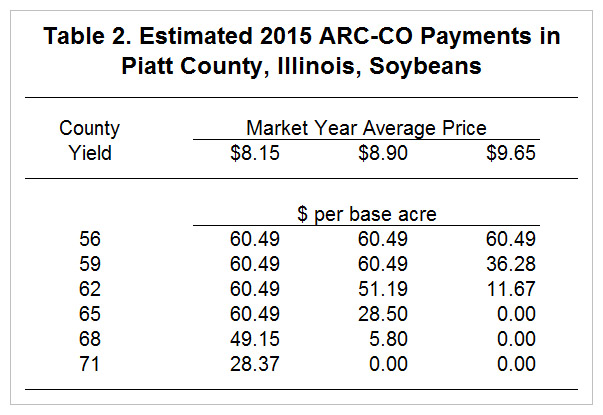 ARC-CO payments appear likely for 2015. For corn, payments at the maximum could occur in many counties of Illinois. Estimates of soybean ARC-CO payments near $30 per base acre appear reasonable at this point. Two caveats to these estimates:

Given these caveats, 2015 ARC-CO payments likely will occur. An average of $50 per acre across corn and soybean base acres seems reasonable at this point.