The Agriculture Risk Coverage – County (ARC-CO) program was elected for 93% of corn base acres, 97% of soybean base acres, and 56% of wheat base acres. ARC-CO differs from previous farm programs, most importantly because it replaces traditional support assistance, in part, with transition assistance. Understanding the transition and support components of ARC-CO is a key to maximizing its value to managing a farm over time. 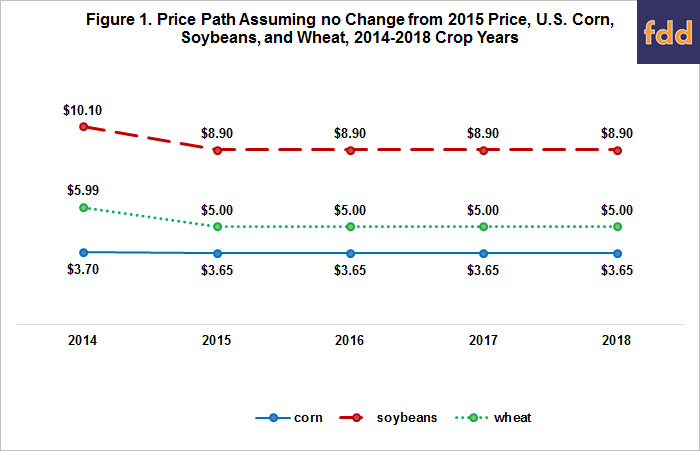 Corn, soybean, and wheat prices for the 2016 through 2018 crop years are set equal to the mid-point of the price range forecast for the 2015 crop year in the November 2015 World Agricultural Supply and Demand Estimates (WASDE). Yields for the 2016-2018 crops are set at the average U.S. yield per planted acre for the 2015 crop based on data in the November 2015 Crop Production report. Given these assumptions, ARC-CO payment indicators are estimated to decline substantively beginning with the 2016 crop of corn and 2017 crop of soybeans and wheat (see Figure 2). A $0 payment indicator is estimated for the 2018 crops. Figure 2 illustrates the transition nature of ARC-CO payments for the 2014 and 2015 crops. These payments largely reflect 2009-2013 crop year prices that were above the $3.70, $8.40, and $5.50 reference prices for corn, soybeans, and wheat, respectively. Payments decline as the benchmark revenue adjusts downward to reflect the lower prices for the 2013 and subsequent crop years. The phrase, “payment indicator,” is used because the yield is for the U.S., not for an individual farm. 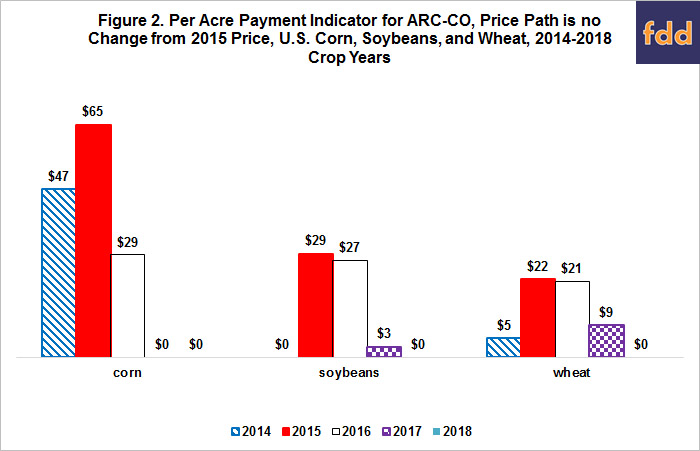 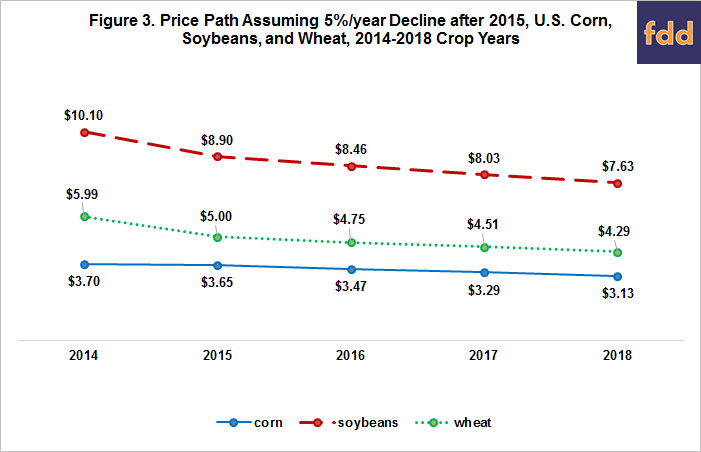 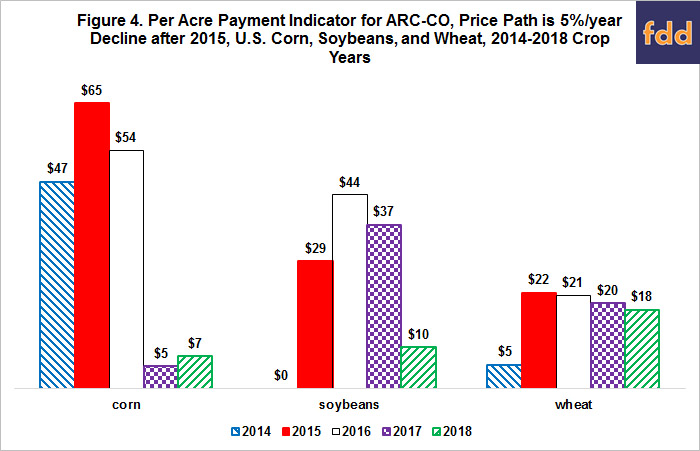 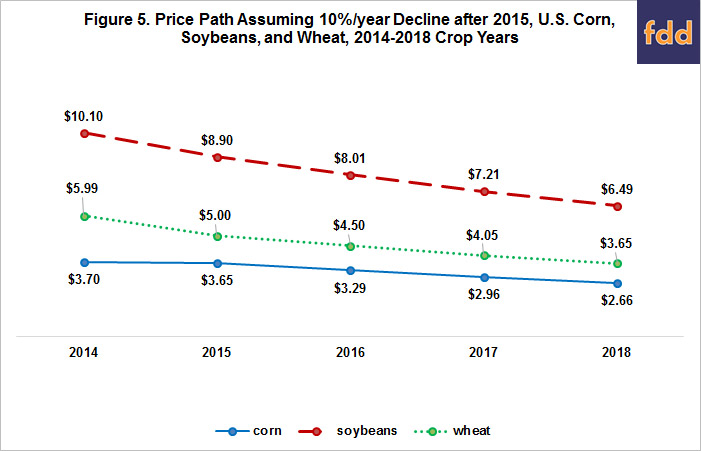 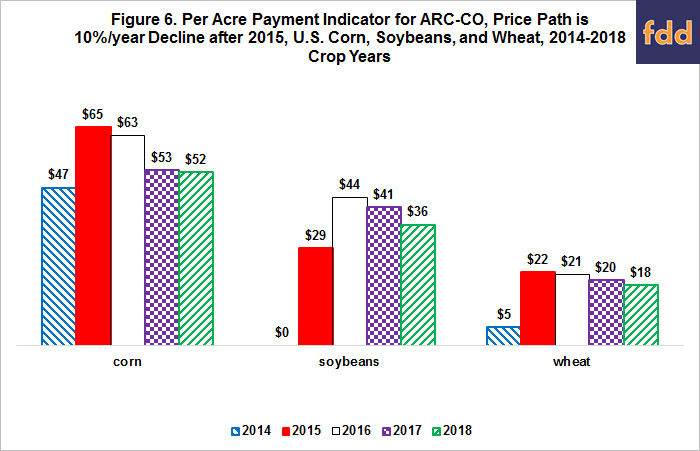