Table 1 shows a comparison of 2015 and projected 2016 premiums for Revenue Protection (RP) in three Illinois Counties: DeKalb, Champaign, and Saline Counties. DeKalb County is in northern Illinois, McLean County in central Illinois, and Saline County is in southern Illinois. These per acre premiums are for corn given that 100 acres are insured using an enterprise unit. The Actual Production History (APH) and Trend-adjusted APH yields are set near the average for each county and are shown in the header of Table 1. 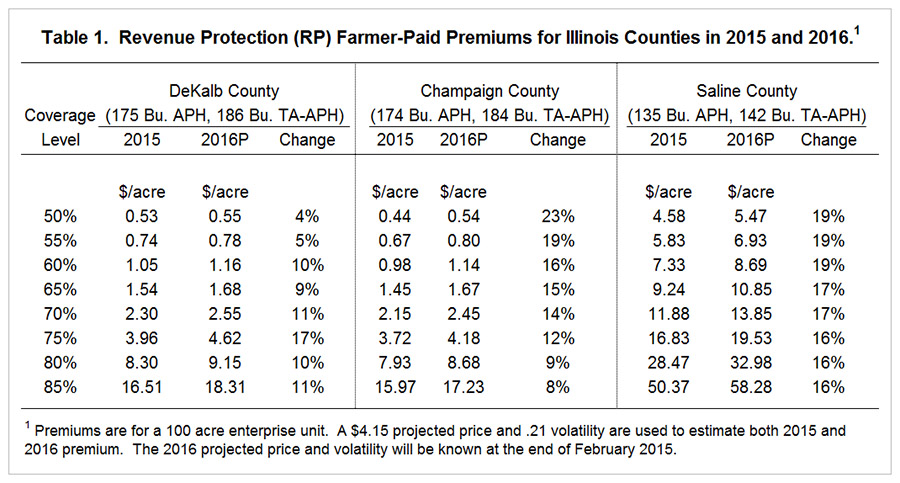 Obviously, the final projected price and volatility factors will influence whether final 2016 premiums are above or below 2015 premiums. 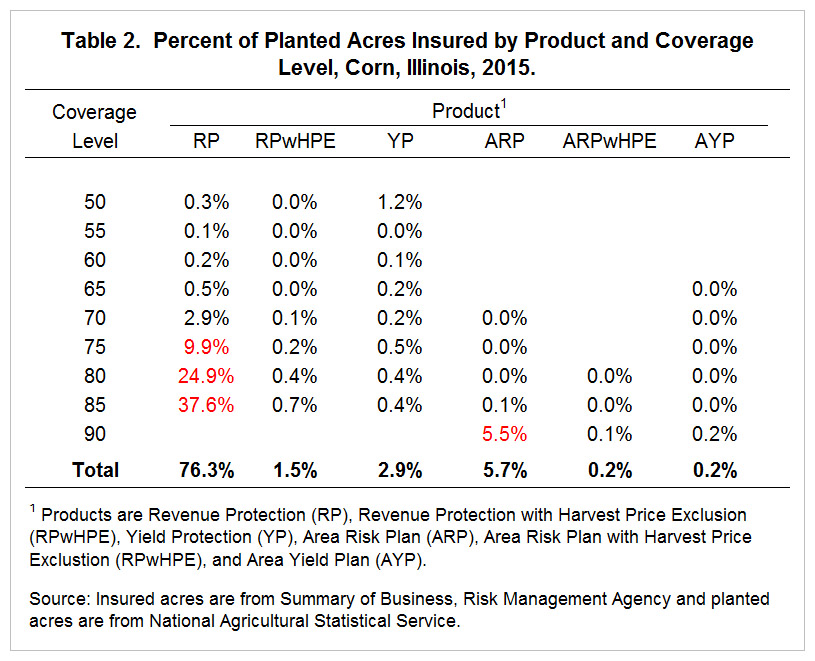 A significant trend has been the increase in use of these two revenue products at high coverage levels. Revenue insurances were introduced in 1997. Use has climbed from near zero use in 1997 to around 68% in 2014 and 2015 (see Figure 1). 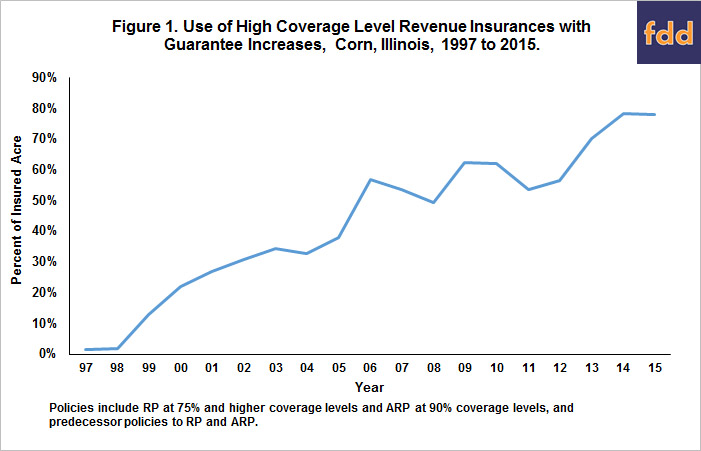 One question is: Will farmers continue to use high coverage level revenue insurance with guarantee increases or will farmers back off and lower coverage levels? Farmers may wish to lower premiums as a way to reduce non-land costs, a strategy that needs to be followed in order to achieve profitability (farmdoc daily September 1,2015).

In my opinion, crop insurance is not the area to look at cost reductions. There is still considerable downside price risk (farmdoc daily January 5, 2016) and downside revenue risk (farmdoc daily January 12, 2015). For example, a combination of near average yields and much lower prices would result in extremely low revenues. While crop insurance cannot guarantee revenues exceed costs this year, crop insurance can limit losses. If not already at high coverage levels, farmers may wish to consider increasing coverage level for 2016.