Crop revenue is based on county yields and harvest prices, resulting in the same revenue as used to calculate payments under Area Risk Plan. Because county yields are used, the results show variability for a county, which tends to be less variable than revenue for a farm. 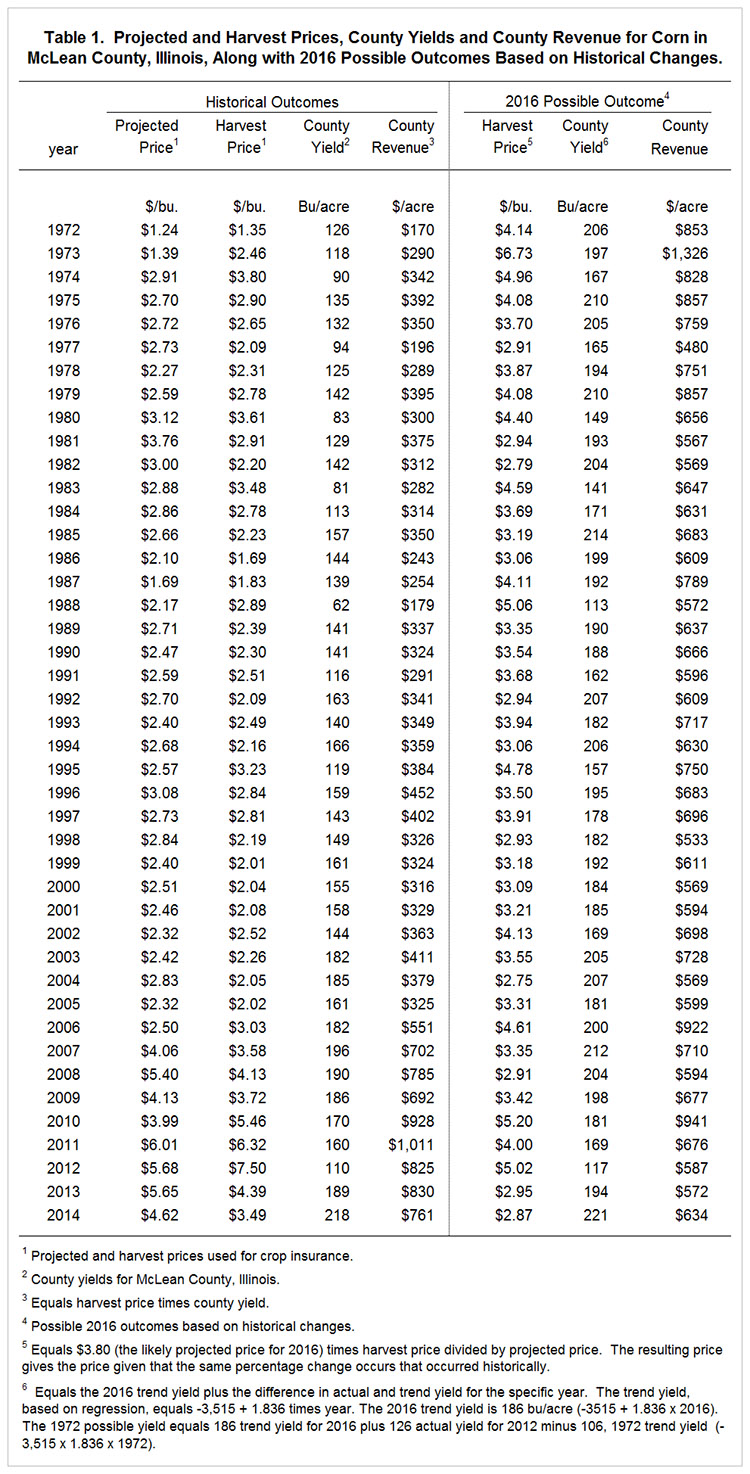 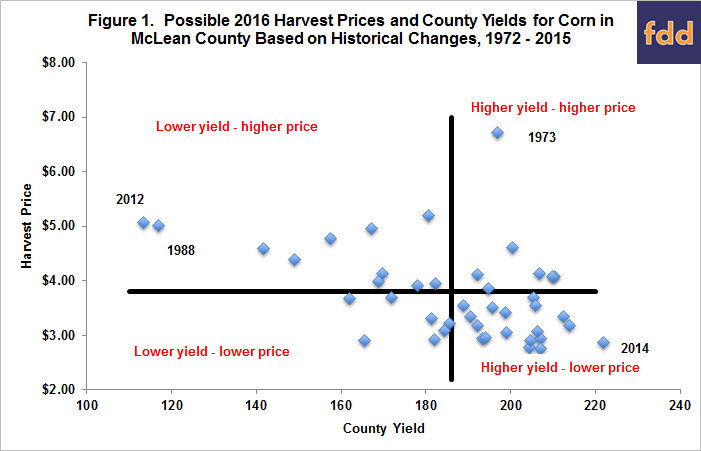 In Figure 1, the black vertical line is at $3.80 per bushel, the projected price used to generate the possible harvest prices. The black horizontal line is associated with the expected yield of 186 bushels per acre. These black lines divide the graph in quadrants:

Note the negative correlation between yields and prices results in more yield-price combinations in the “higher yield – lower price” and “lower yield – higher price” quadrants than in the other two quadrants. McLean County is in central Illinois, an area where large amounts of corn are grown. Above-trend yields in this area tend to result in higher aggregate supply, leading to lower prices. The opposite dynamic works as well: below-trend yields lead to lower aggregate supply and higher prices.

Further note that the largest number of observations falls into the “higher yield – lower price” quadrant, suggesting that yield often is above trend and results in a lower price. Above trend yields and harvest prices lower than projected prices occurred 42% of the time between 1972 and 2014. Stated alternatively, nearly 50% of the time yields are above trend and prices will be below the projected price. Unfortunately, this quadrant does not result in the highest crop revenues. 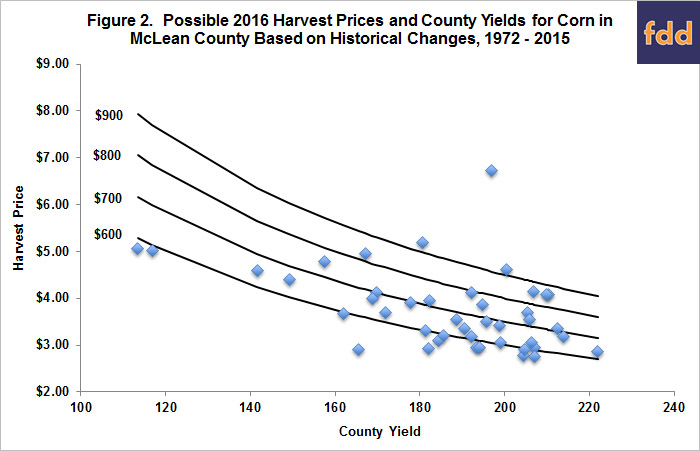 These are higher chances of low revenues compared to recent years. Crop revenue in McLean County was over $800 in each year from 2010 to 2013. This historical analysis would suggest that the chance of revenue above $800 is about 16%.

Yields and prices that result in crop revenue below $600 per acre likely would result in some form of crop insurance and ARC payments. Hence, the crop revenues in this article do not give the complete picture on gross revenue. Having said that, one should expect 2016 gross revenues to be below those from 2010 to 2013.