Historical changes between projected and harvest prices are used to derive a distribution of possible harvest prices for corn in 2016. This analysis suggests about a 20% chance of harvest prices less than $3.00 per bushel. Given the chance of low prices, farmers should maintain high coverage levels when purchasing crop insurance.

Arriving at a Possible 2016 Harvest Prices 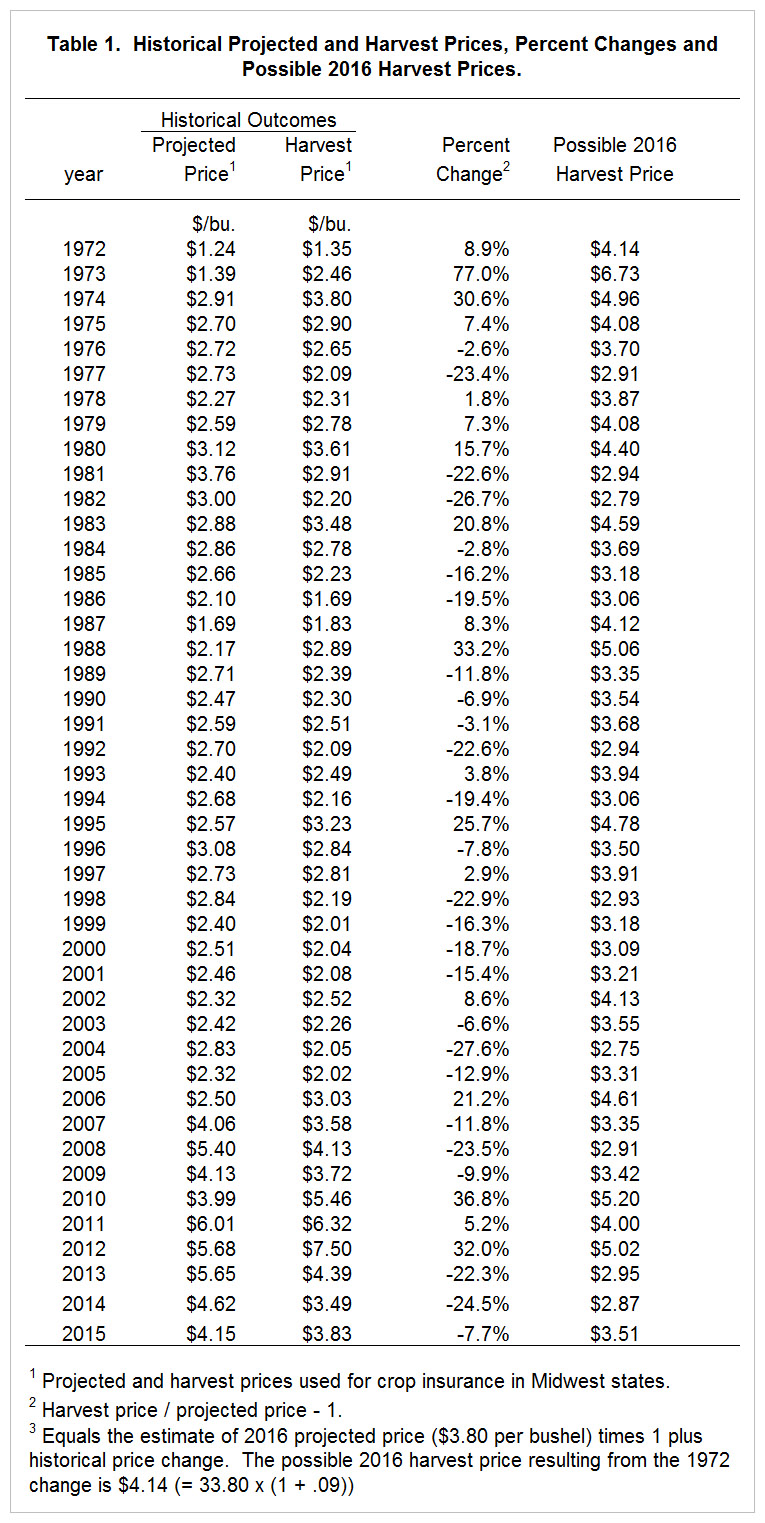 Harvest prices are used to calculate crop insurance payments. The harvest price for corn in Midwest states is the average of the settlement prices of the December contract during the month of October. 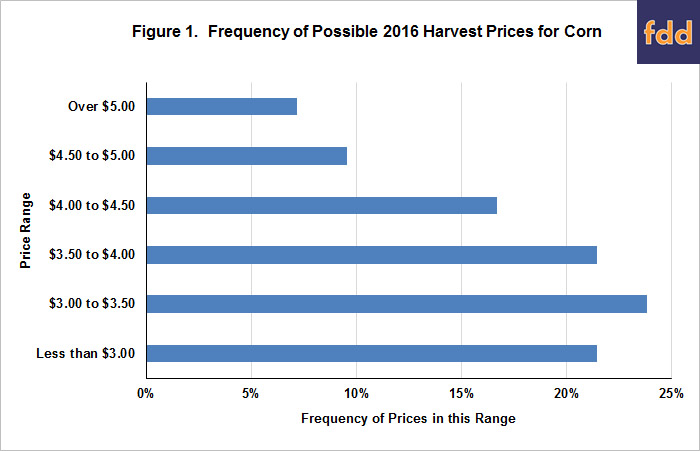 Similarly, there is a chance of higher harvest prices. Four of the historical price changes resulting in 2016 harvest price being above $5.00, suggesting a roughly 7% chance of prices higher than $5.00 per bushel. Two of those years are 1988 and 2012, both years of much lower yields due to drought. The other two years with a price over $5.00 are 2010 and 1973.

History suggests a wide range of possible prices, with a significant chance of the harvest price being below $3.00. Some farmers may be considering lowering coverage levels on crop insurance in order to lower premium costs. This may not be prudent as history suggests there still is a large risk of low prices.