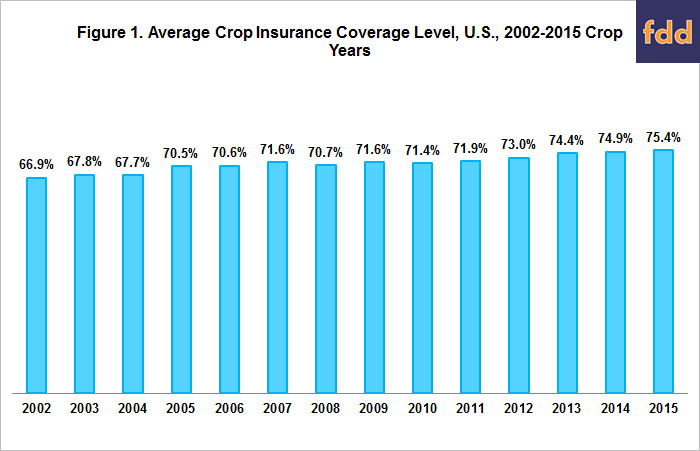 Cost of production data compiled by the U.S. Department of Agriculture (USDA), Economic Research Service reports a value of production per acre planted to a crop as of harvest. The value is market revenue. It does not include government payments, either from crop programs or insurance. Variation is calculated for 1999-2006 and 2007-2014. These identical-length periods are before and after the start of the crop boom in 2007. Two measures of revenue variability are calculated for each period: (1) standard deviation of a crop’s harvest time value of production per planted acre and (2) ratio of this standard deviation to the average harvest time value of production per planted acre. Both standard deviation and its ratio, known as a coefficient of variation, are commonly used measures of risk. Standard deviation of the value of production at harvest more than doubled after 2007 for all crops except rice and cotton (see Figure 2). Cotton is the only crop with a lower standard deviation after 2007. In contrast, no consistent pattern exists for the coefficient of variation. It increased for 4 crops, decreased for 3 crops, and is the same for wheat (see Figure 3). The average coefficient of variation across the crops is -0.8% smaller during 2007-2014 than 1999-2006. In summary, two commonly-used measures of variability generate different conclusions on whether crop revenue risk increased during the crop boom (see data note 1). 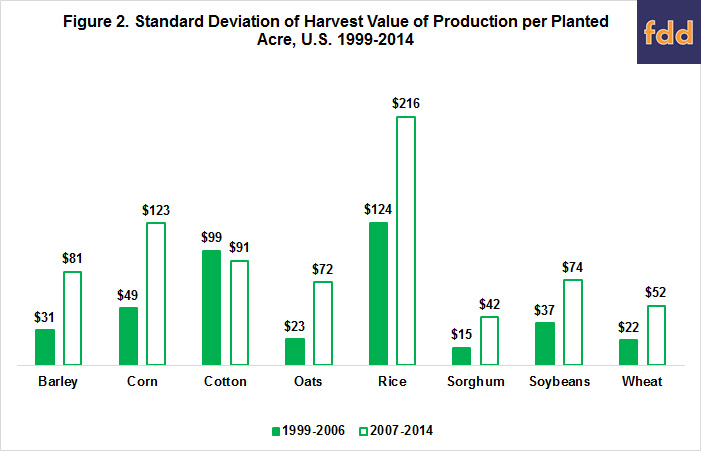 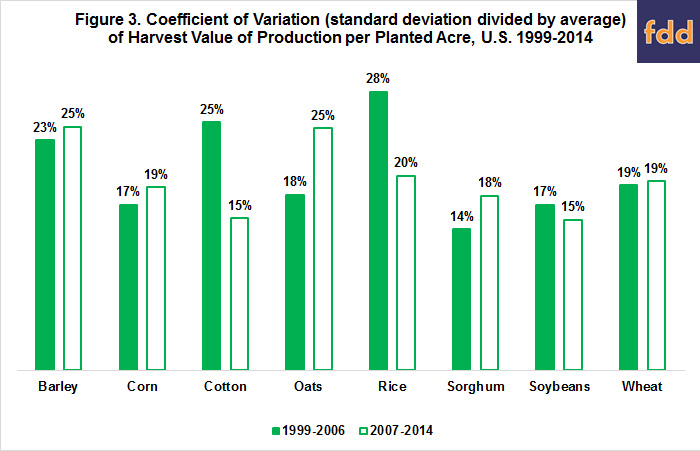 The net payment from crop insurance to farms is the difference between payments received from crop insurance and the insurance premiums farms paid. Farms do not pay the full premium as the federal government subsidizes them. Given these subsidies, it is not surprising that, since 2002, net insurance payment per insured acre for the U.S. are positive at all coverage levels (see Figure 4 and data note 2). What may be surprising is that net farm insurance payment per insured acre vary relatively little across coverage levels except for the 50% and 90% levels (see data notes 3 and 4). The combination of a relatively constant net insurance payment per acre across coverage levels up to 85% and the greater protection offered by higher coverage levels creates an incentive to buy higher coverage levels. This incentive is consistent with increasing coverage levels over time. It is important to underscore that this observation does not necessarily hold for an individual farm. It could pay more in premiums than it receives in payments. The observation is for farms as a group. Nevertheless, an observation for farms as a group has meaning to individual farms since crop insurance involves protection against events that approximate random events in a given crop year, such as weather related declines in yield. 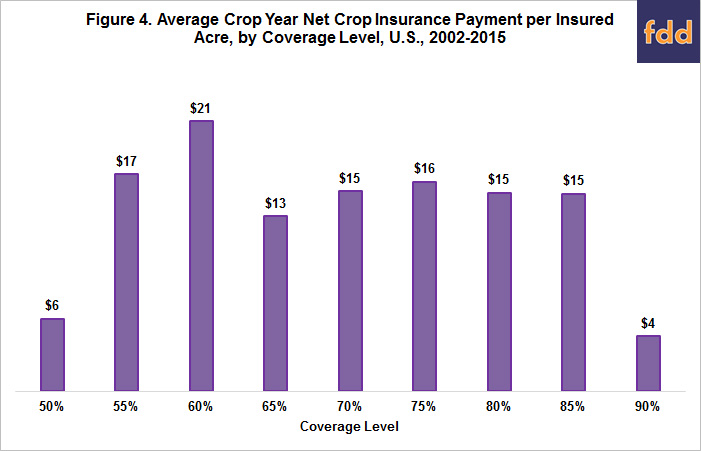