The 2016 Illinois Crop Budgets have been revised and the “June 2016” version is now available on farmdoc. A significant change between the previous version released in December 2015 and the June version is an increase in soybean price. Even given this price increase, projected returns contained in the June version still will result in very low incomes on Illinois grain farms.

The December 2015 version used an $8.90 per bushel soybean price while the June version uses a $10.60 per bushel price (see Table 1). Both the December and June versions of the budgets use a corn price of $3.85 per bushel. Prices on Chicago Mercantile Exchange (CME) futures contracts and cash delivery bids are used to arrive at projected prices. 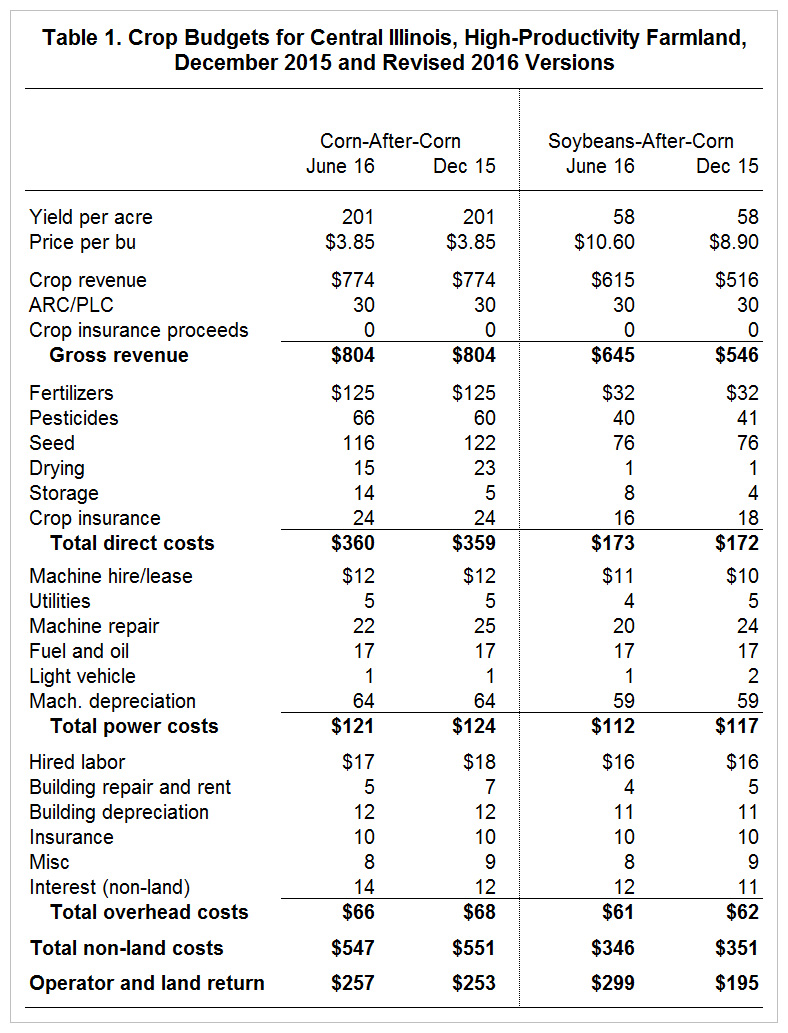 Expected yields are unchanged between December and June versions. For high-productivity farmland in central Illinois, expected yields are 201 bushels per acre for corn and 58 bushels per acre for soybeans (see Table 1). Changing yields from these trend levels seems premature, as the critical weather periods for determining crop yields are upcoming. At this point, past rainfall and heat likely suggest below trend yields across much of the Midwest. Again, though, much will depend on the weather in the upcoming weeks.

June 2016 budgets calculate operator and land returns are projected at $257 per acre for corn and $299 per acre for soybeans. The $299 soybean return is $104 per acre higher than the December projections of $195 per acre.

Figure 1 shows historical operator and land returns for high-productivity returns for corn and soybeans, along with historical average cash rents. The 2016 projections are shown as well. Three points from Figure 1: 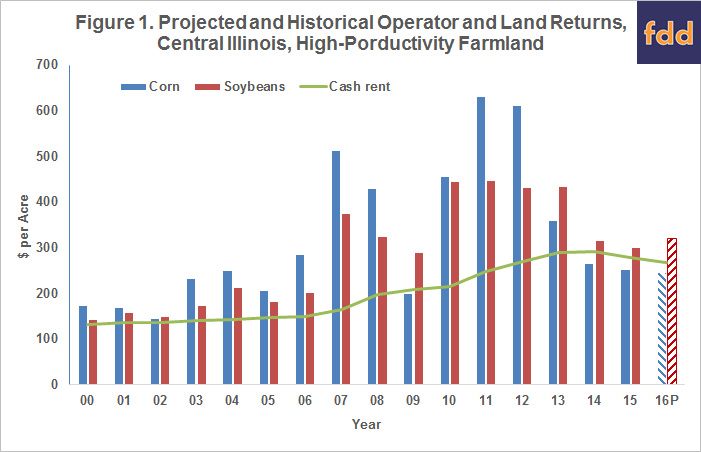 Revised 2016 Illinois Crop Budgets suggest a somewhat improved returns situation for farmers. However, cost cutting likely will need to be the continued focus this autumn. Much will depend on Midwest yields and attended price changes. Return projections will come into clearer focus this August once more accurate information is available on yields.