Recent farmdoc daily articles have examined trends in working capital (farmdoc daily March 18, 2016 and June 17, 2016) and provided projections for 2016 (farmdoc daily June 21, 2016). These two articles focused on median or average working capital. Though it is important to understand trends in average liquidity measures, it is also important to examine differences in liquidity among farms. In particular, most analysts want to know how many farms fall below specific liquidity thresholds. This article examines differences in liquidity for Kansas Farm Management Association (KFMA) farms with continuous data from 1996 to 2015. Farm types represented in this sample of farms include crop farms, crop/beef farms, and beef farms. 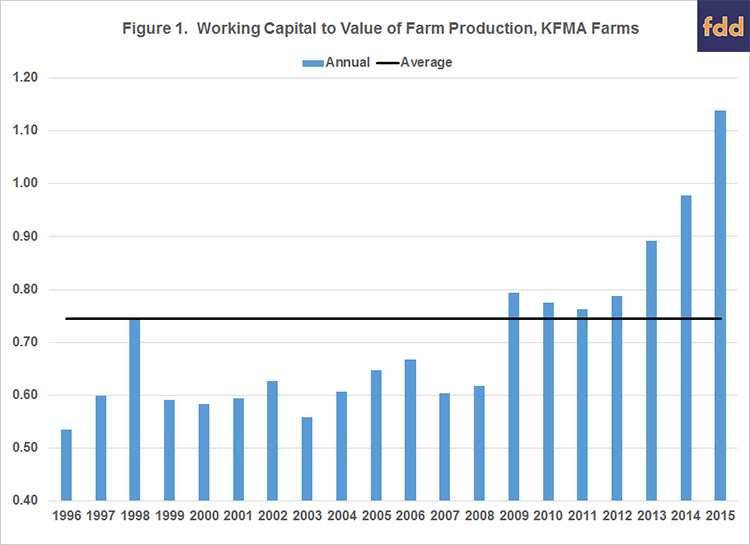 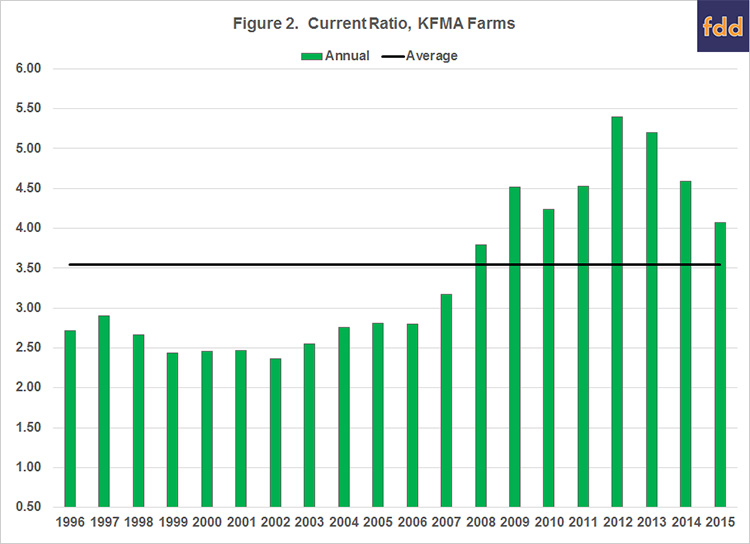 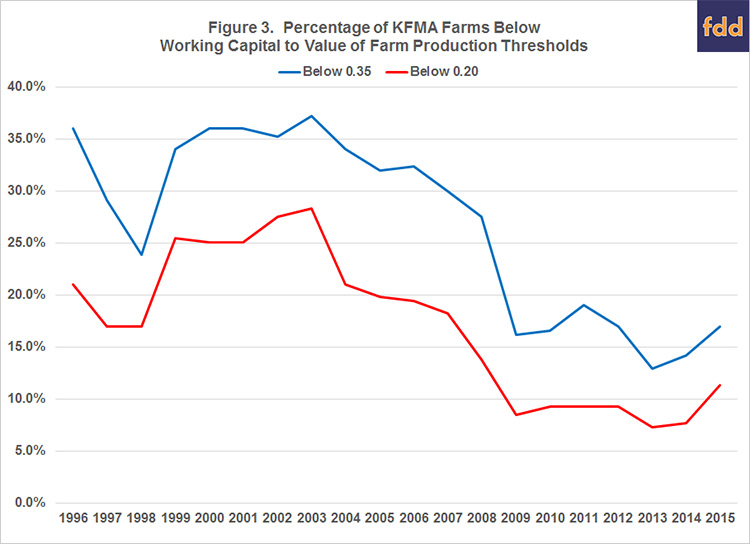 This article examined trends in liquidity for a sample of KFMA farms. Despite a large drop in net farm income in 2015, most farms in the sample still have solid liquidity positions. Having said that, the percentage of farms below critical liquidity thresholds increased substantially in 2015. These farms may find it difficult to repay loans later this year.

Liquidity measures in 2016 depend on a multitude of factors including crop prices and yields, weather, and other factors, all of which are inter-related. Using current futures prices adjusted for basis and trend yields; we expect working capital, working capital to value of farm production, the current ratio, and the percentage of farms below critical liquidity thresholds to increase. Thus, managing working capital is very important in the current environment.

Schnitkey, G. "Working Capital Changes Projected for Grain Farms in 2016: Before and After Recent Price Changes." farmdoc daily (6):117, Department of Agricultural and Consumer Economics, University of Illinois at Urbana-Champaign, June 21, 2016.