Expectations about the likely U.S. average corn and soybean yields at any point in the growing season are influenced by a number of factors. These include the trend in historical average yields, the timeliness of planting in the current year, weather conditions to date in the current year, and weather forecasts for the remainder of growing season. In addition, the USDA’s weekly ratings of crop conditions (percent of the acreage rated very poor, poor, fair, good, and excellent) reported in the Crop Progress report quantify the current overall health of the crop and are widely used to form expectations about yield potential (e.g., farmdoc daily, July 19, 2011; August 4, 2011; September 9, 2011; Lehecka, 2014). In particular, the combined percentage of the crop rated good (yield prospects are normal) and excellent (yield prospects are above normal) at any point in the growing season is commonly used to quantify average yield expectations. Condition ratings for corn and soybeans so far in 2016 have been at historically high levels and this has been an important factor in moving yield expectations higher and prices lower. What has received less attention is the question of how well condition ratings at this point in the growing season correlate with final U.S. average yields. Put differently, what degree of uncertainty should be attached to yield forecasts based on the present high crop conditions? We investigate this issue in today’s article for current crop condition ratings as well as those during the remainder of the summer. 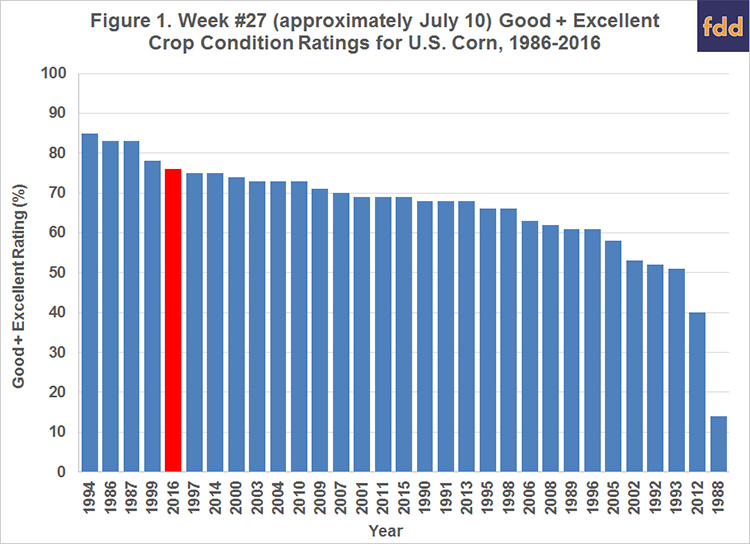 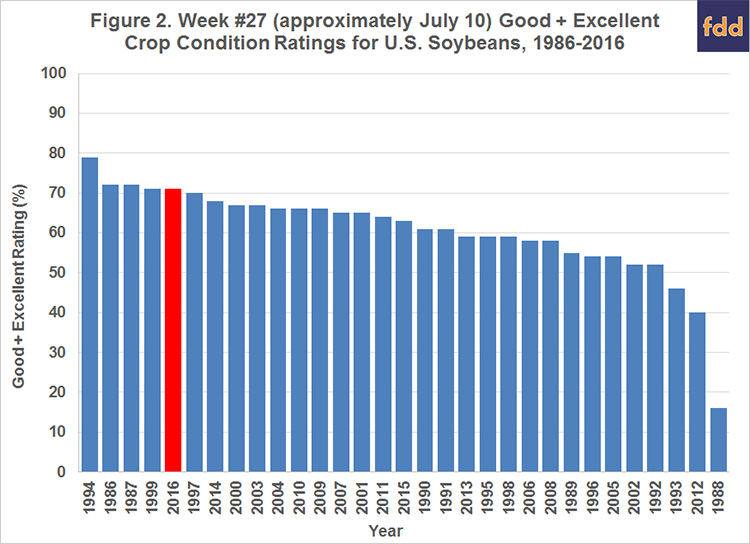 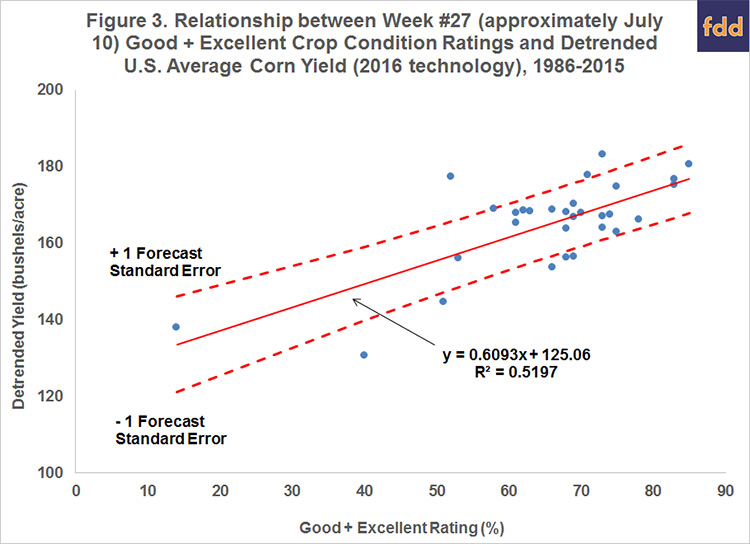 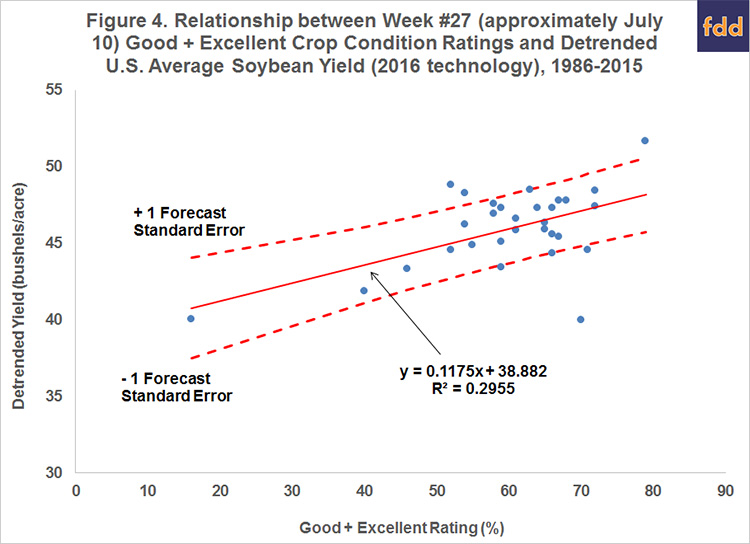 While the relationship between crop condition ratings and yield is positive, as expected, there has also been a lot of variation in the relationship between crop condition ratings in early July and average yields over the past 30 years. More formally, ratings at the end of the 27th week only explain about 52 percent of the variation in de-trended corn yields and 30 percent of the variation in de-trended soybean yields. Based on the historical deviations between the predicted and actual average yields, we calculated predicted yields within one standard (forecast) error of the mean yield prediction. The one standard error of predicted yields is indicated by the band around the fitted line in Figures 3 and 4. Yield forecasts within one standard error for 2016 range from 162.6 to 180.1 bushels for corn and from 44.9 to 49.5 bushels for soybeans. That is, we can be about 68 percent confident that the U.S. average corn yield will be within plus or minus nine bushels of the mean forecast of 171.4 bushels and the U.S. average soybean yield will be within plus or minus 2.3 bushels of the mean forecast of the mean forecast of 47.2 bushels. Two-standard deviation bands would be associated with 95 percent confidence and would be quite wide. The magnitude of forecast ranges suggests that there is still a lot of uncertainty about the magnitude of U.S. average corn and soybean yields in 2016. 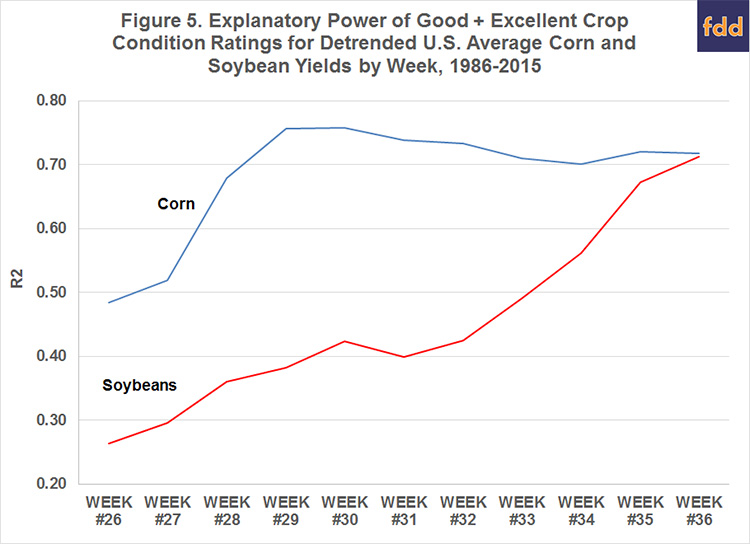 It appears that beginning in late June this year, corn and soybean prices began reflecting yield expectations near those implied by crop condition ratings–around 170 bushels for corn and 47 bushels for soybeans. With so much of the growing season remaining, however, the markets may have under-estimated the magnitude of yield uncertainty, even with generally favorable growing conditions continuing into mid-July. The current forecast is for an extended period of temperatures that average well above normal over a large portion of the corn and soybean production region along with below-average rainfall. That forecast points to declining crop condition ratings and lower yield expectations. Whether or not the forecast verifies, it is a reminder that for corn and soybean yields, it is not over until it is over.