Farmers and landowners recently received 2015 payments under the Agricultural Risk Coverage at the county level (ARC-CO) program (see farmdoc daily October 18, 2016). Herein we provide county projections of 2016 ARC-CO payments. If made, these 2016 payments will be received in the fall of 2017 and will differ from projections shown here. We provide these projections to aid in estimating 2017 cash flows and the accrued government payments for inclusion as an asset on end-of-year 2016 balance sheets.

ARC-CO makes payments when county revenue is below a county revenue guarantee. County revenue equals the 2016 county yield times the 2016 market year average (MYA) price. County yields used by the Farm Service Agency (FSA) in calculating ARC-CO will not be released until next fall. At this point, U.S.D.A. has not released any county yields that can be used to assess yield variability across counties. National Agricultural Statistical Service (NASS) will release county yields in late February. Unfortunately, these NASS yields will be released too late to aid most individuals as they prepare 2016 financial statements and 2017 projected cash flows. MYA prices also are not known. Corn and soybean market years end in August. As a result, both the county yields and prices used in 2016 ARC-CO projections are estimates.

County yields and MYA prices are estimated as follows:

Market year average prices: For all crops, the MYA price is estimated as the mid-point of the World Agricultural and Supply Demand Estimates (WASDE) in the November report.

Projections shown below will vary from actual payments. The yield variability across counties used in 2016 will not be the same as that for the historical year used as the base for estimating 2016 yields. More refined estimates of ARC-CO payments will be released here on farmdoc daily after the release of NASS county yields in February.

Projections below are per base acre and include a 6.8% sequester reduction.

This large range in payments is likely. However, the exact counties that receive large payments are difficult to determine and could differ from those shown in Figure 1, particularly in the central part of the state. For example, DeWitt County located in the center of the state is projected to have a payment over $50 per acre. If its county’s yield is much higher than the 2014 yield used to estimate the 2016 yield, DeWitt County could receive a much lower payment. 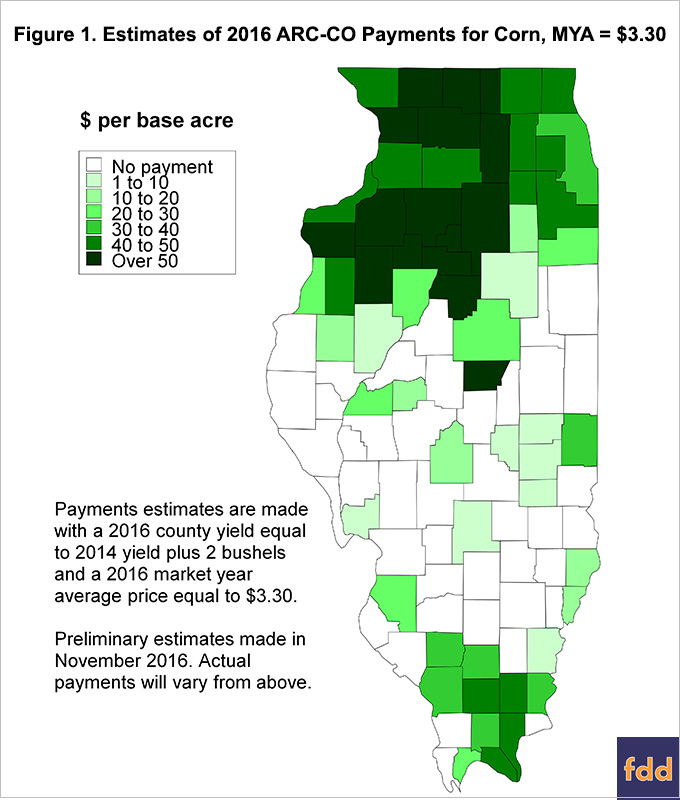 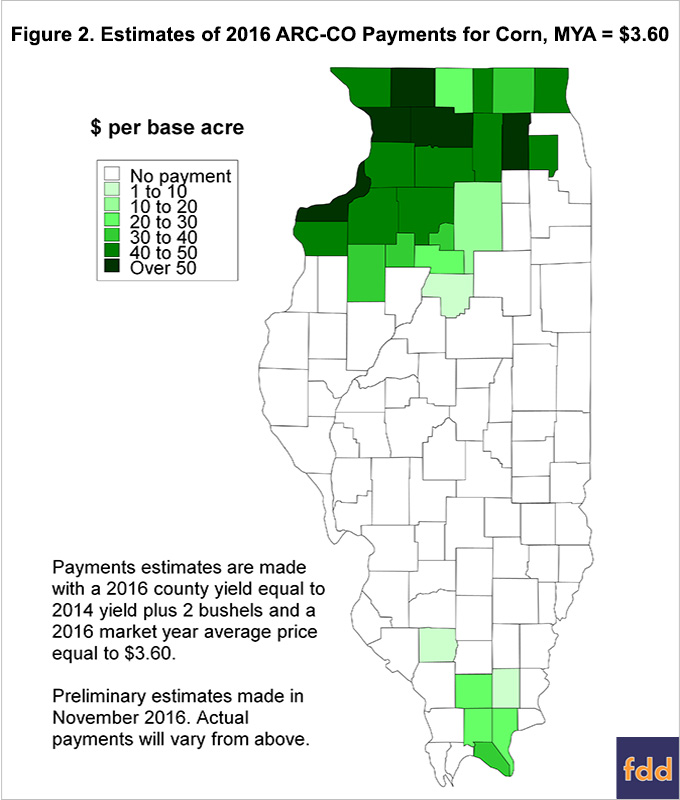 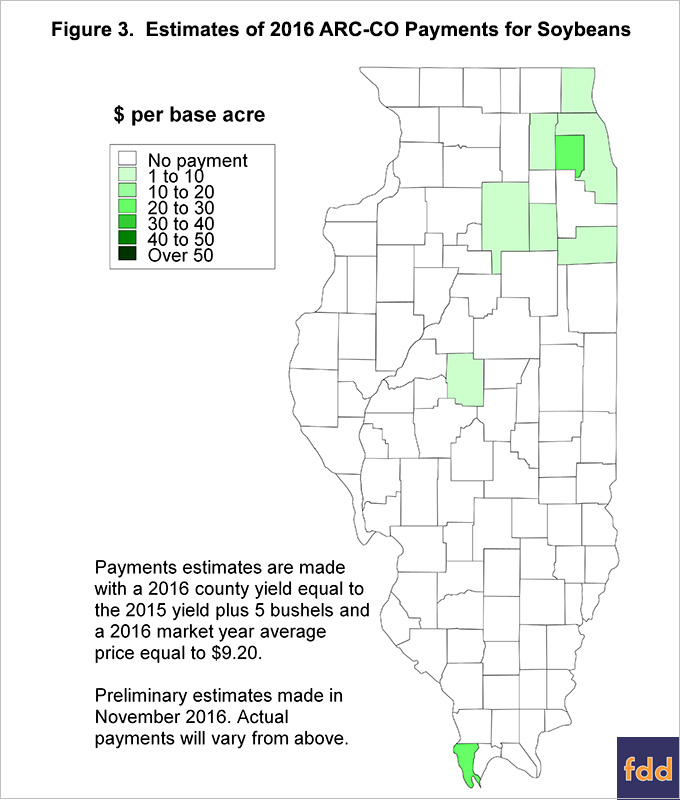 Wheat is projected to make payments in most counties in Illinois (see Figure 4). Payments in the $20 per base acre predominate across Illinois. The 2016 MYA price is estimated at $3.70 per bushel. The $3.70 estimate is well below 2012 through 2015 prices, resulting in the payments for ARC-CO. 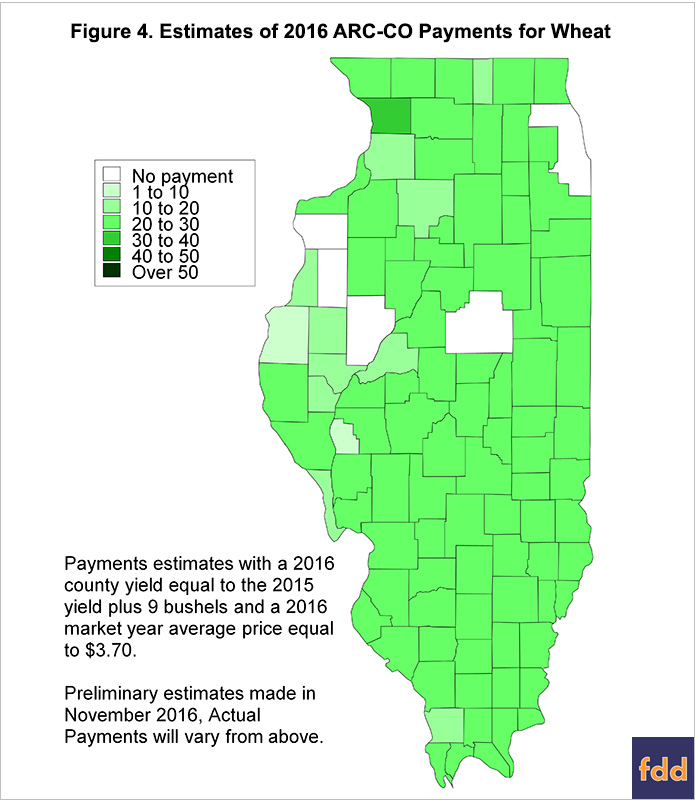 There is considerable uncertainty about 2016 ARC-CO payments. A Microsoft Excel spreadsheet is available here for individuals to use in estimating their own payments called the ARC-CO PLC payment Estimator. This spreadsheet will allow an individual to enter their own estimates of county yields which can have a large impact on ARC-CO payments.

Overall, corn payments will be lower in most counties in 2016 than in 2015. Many counties received significant soybean payments in 2015. Large payments in 2016 for soybeans should not be anticipated. Averaged over all base acres on a farm, a decrease of at least 50% should be anticipated, with many counties not receiving any ARC-CO payments for 2016. Farmers in the central and southern parts of the state should be wary of building in large 2016 ARC-CO payments.