In this article, Revenue Protection (RP) premiums projected for 2017 are compared to 2016 actual premiums. For the same projected prices and volatilities, premiums will be lower in 2017 for both corn and soybeans. In 2016, farmer continued to use crop insurance on a high percentage acres and continued to increase use of high coverage levels. Overall, crop insurance in 2017 likely will be similar to that in 2016.

Table 1 shows a comparison of actual 2016 and projected 2017 premiums for Revenue Protection (RP) in three Illinois Counties: DeKalb, McLean, and Saline Counties. DeKalb County is in northern Illinois, McLean County in central Illinois, and Saline County is in southern Illinois. Panel A shows premiums for corn while Panel B shows premiums for soybeans. These per acre premiums are for 100 acres insured using an enterprise unit. The Actual Production History (APH) and Trend-Adjusted APH yields used in premium generation are set near averages for each county and are shown in Table 1. Premiums for 2017 are generated using 2016 projected prices and volatilities. Using the same factors allows comparison of rate impacts on premiums. 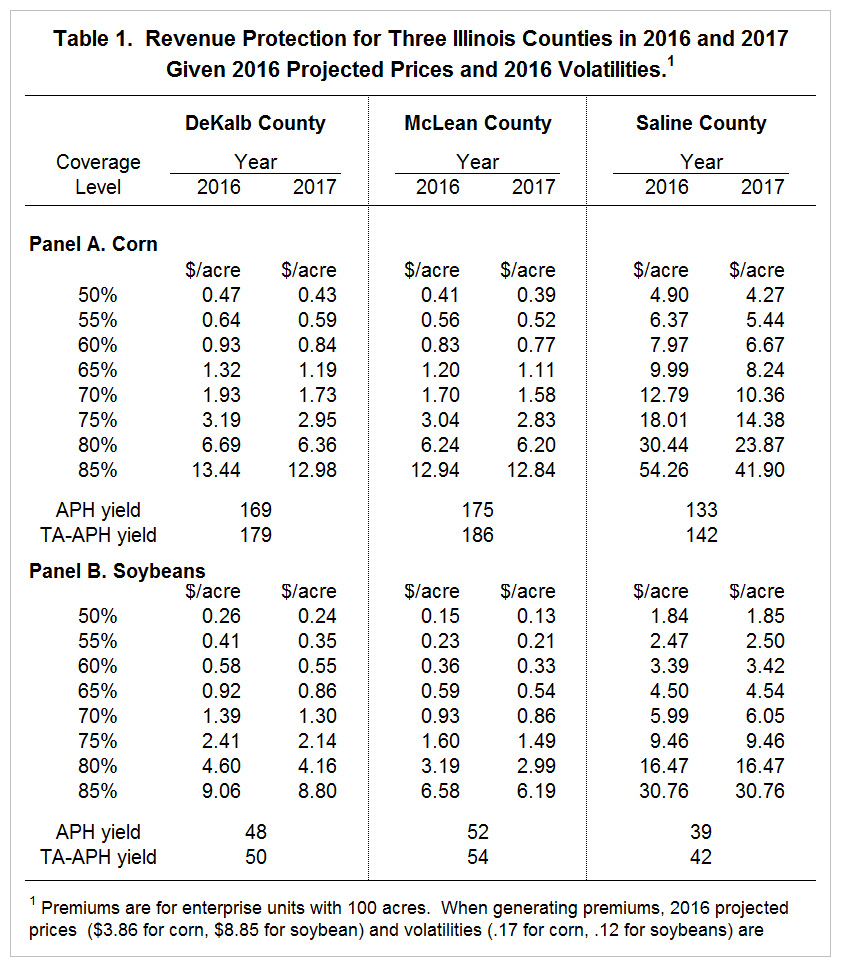 Obviously, the final projected price and volatility factors will influence whether final 2017 premiums are above or below 2015 premiums.

In 2016, RMA reported that 10.1 million acres of corn were insured in Illinois, with insurance being used on 87% of the planted acres, roughly the same percentage insured in 2015. By far, the most used product in 2016 was RP, with 78.5% of planted acres insured with RP (see Table 2). The next largest used product was Area Risk Plan (ARP) accounting 5.5% of use. 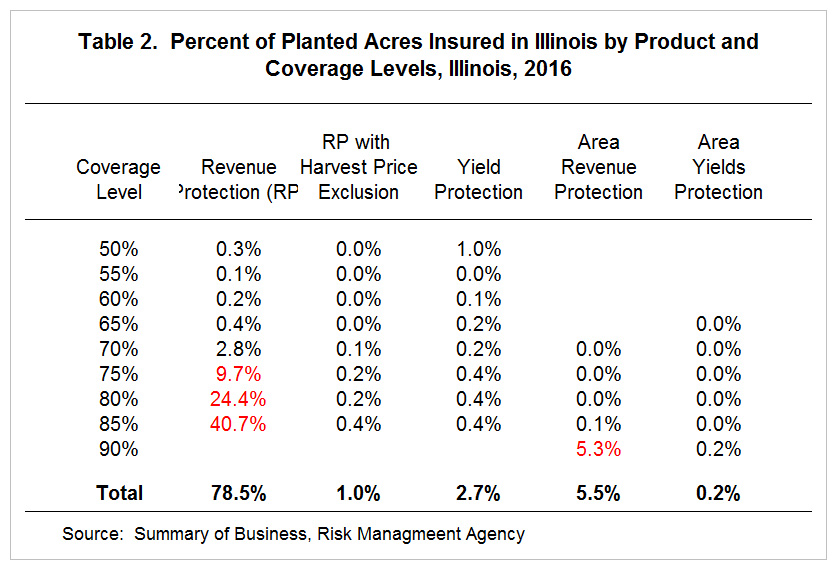 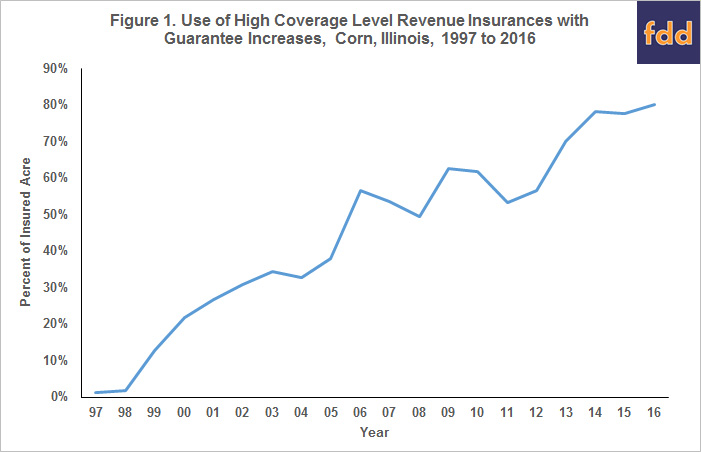 Premium changes in 2017 likely will not discourage insurance use as rate changes has decreased premiums slightly. Continued high use of crop insurance is expected. Movement towards higher coverage levels likely will continue.