Very low crop insurance payments were made in 2016, resulting in a .27 loss ratio for all policies in the Federal program. Summary of Business data is available from the Risk Management Agency (RMA) back to 1989. Since 1989, the 2016 loss ratio was lower than .27 in only one year. Loss ratios are very low for corn and soybeans, and for most counties in the Midwest.

Data reported in this article comes from the Summary of Business which is available from the Risk Management Agency (RMA) website. Data were downloaded in early May. Some changes to loss ratios will occur over time as more data becomes available. However, performance will not materially vary from loss ratios presented here. 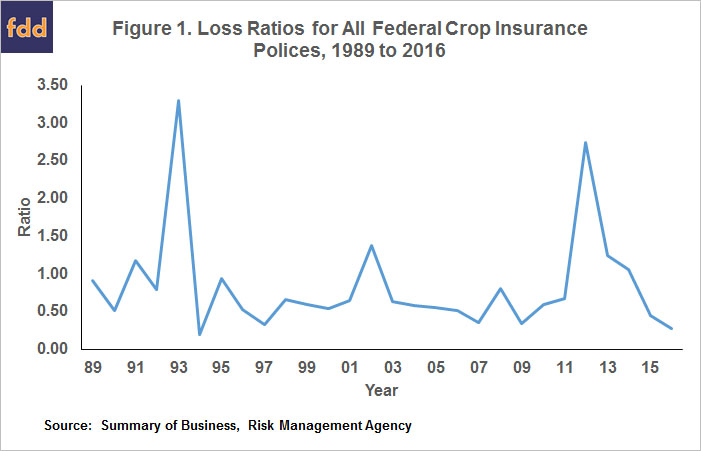 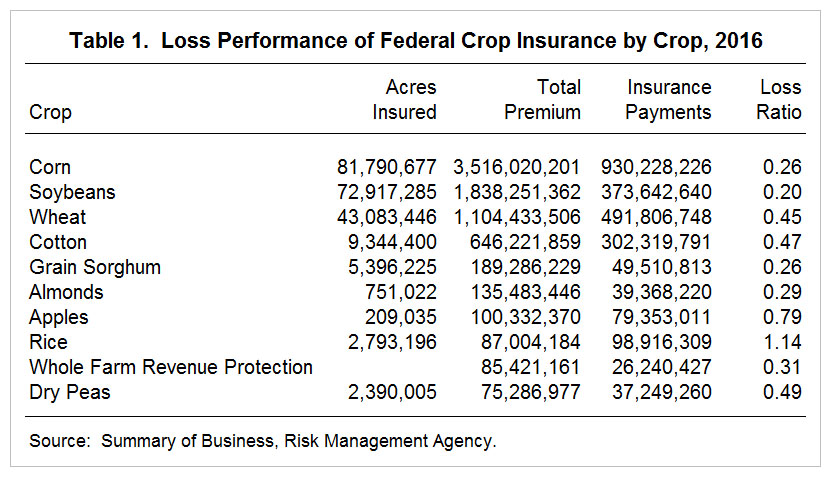 Loss Ratios by State and by Crop 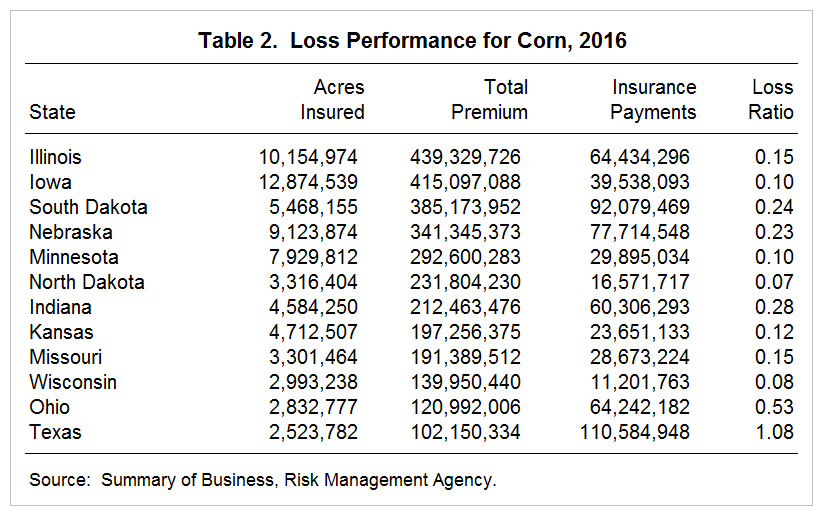 Table 3 shows loss performance for soybeans for the ten states with the most total premium. All state in the top ten had loss ratios below .20. Similar to corn, loss ratios were very low across Corn-belt state: .17 for Minnesota, .07 for Iowa, .13 for Illinois, .11 for Indiana, and .12 for Ohio. 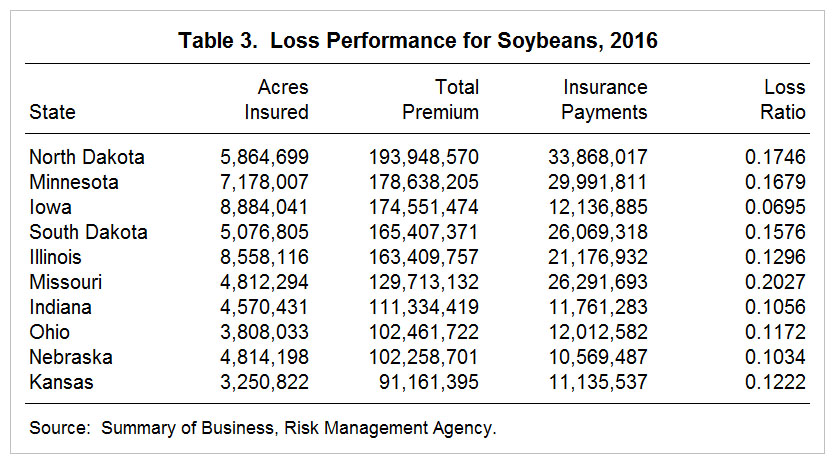 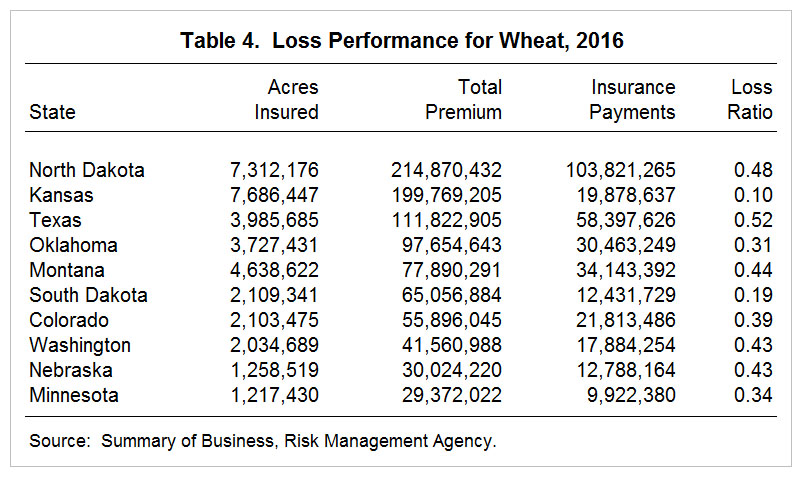 Figure 2 shows a map giving loss ratios by county. These loss ratios are for all crops in each county. The vast majority of counties within the greater corn belt had loss ratios below .35. Other areas of very low loss ratios include Kentucky and Tennessee, the Great Plains from Kansas north, and the eastern seaboard below Pennsylvania. 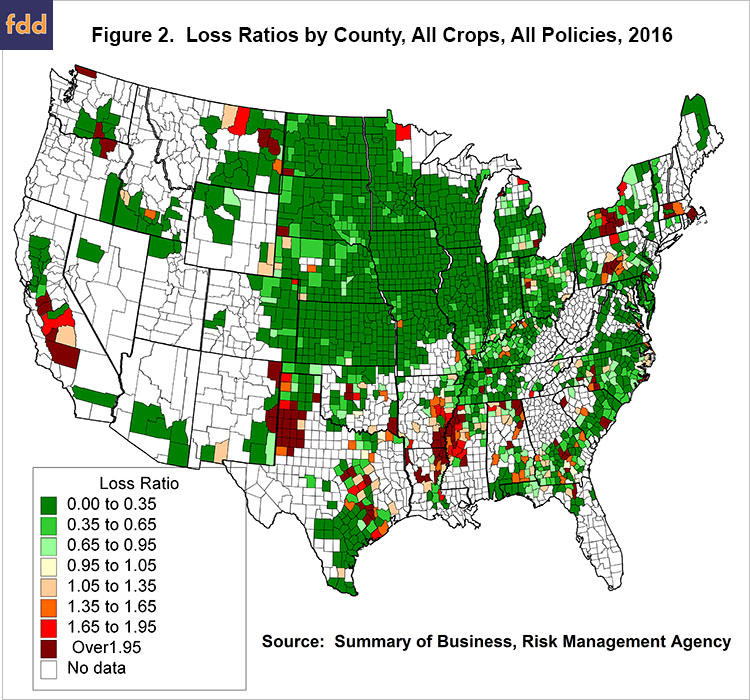 Relative to total premium, few crop insurance losses occurred across the United States. Yields were above average in most areas, and crop prices did not fall enough to cause payments. In addition, prevented planting did not occur on a large scale. Overall, 2016 was an exceptional year of low losses.