With the exception of May 2016, monthly fed cattle net returns were negative from December 2014 through November 2016. As noted here, prospects for 2017 appear much brighter. This article discusses prospects for feeding cost of gain, the feeder to fed cattle price ratio, and cattle finishing net returns. 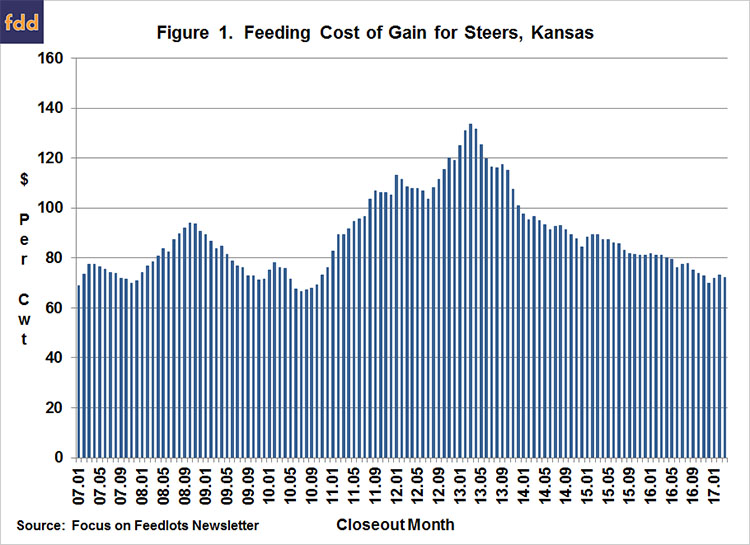 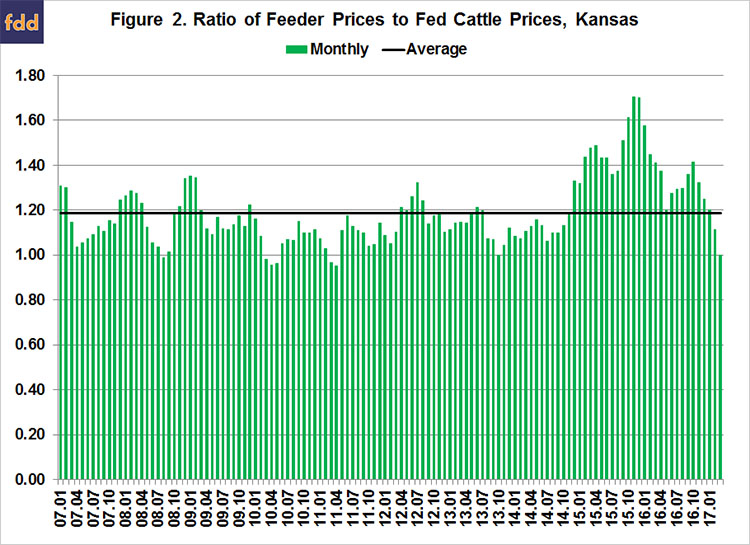 Before discussing monthly cattle finishing net returns, let us briefly discuss why the feeder to fed cattle price is expected to be so low from March 2017 through July 2017. Months in which the ratio is close to average translate into net returns that are around the breakeven level. Months in which the ratio is relatively low or relatively high translate into large losses or large positive net returns. In general, ratios that are relatively low or relatively high result from unexpected changes in fed cattle prices. Large negative shocks in fed cattle prices, as occurred from August to December 2015 and from August to October of 2016, create spikes in the price ratio. Conversely, large positive shocks, such as those experienced in early 2011 and the first few months of 2017, create sharp declines in the price ratio. Fed cattle prices improved from approximately $120 per cwt. in January 2017 to approximately $130 per cwt. in April 2017. At the same time, feeder cattle prices for January through April closeouts fell from $145 per cwt. in January to $130 in April. The price changes noted above resulted in a sharp decline in the feeder to fed cattle price ratio and a dramatic improvement in net return prospects.

Monthly steer finishing net returns from January 2007 to March 2017 are presented in Figure 3. It is important to note that net returns were computed using closeout months rather than placement months. Average losses in 2016 were $126 per head, and ranged from a loss $362 per head in January to a net return of $57 per head in May. Net return per head for January, February, and March of 2017 were approximately $56, $149, and $308, respectively. The net return in March represents the first time since November 2003 that monthly net return has been above $300 per head. 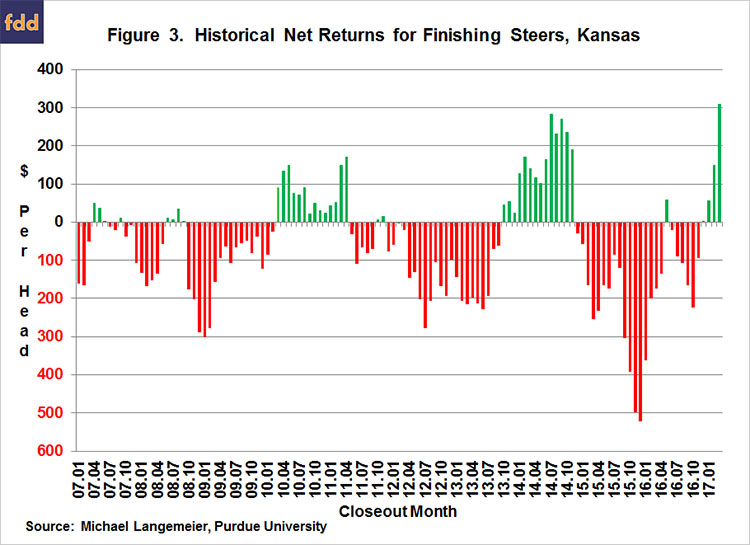 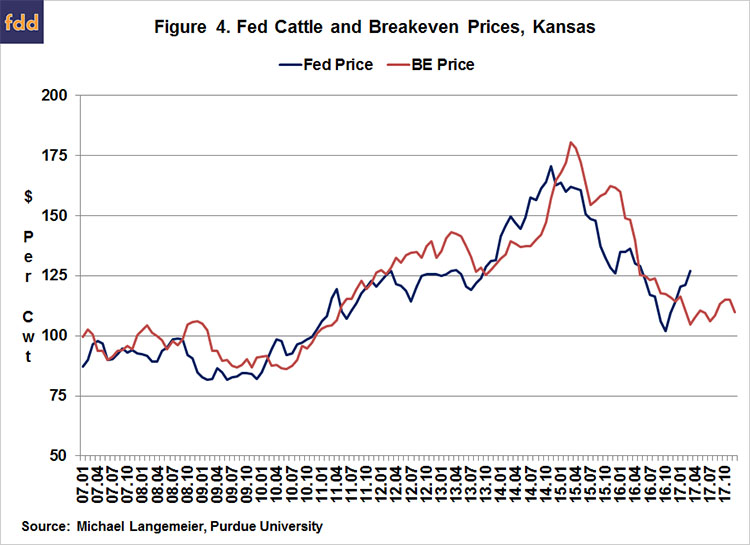 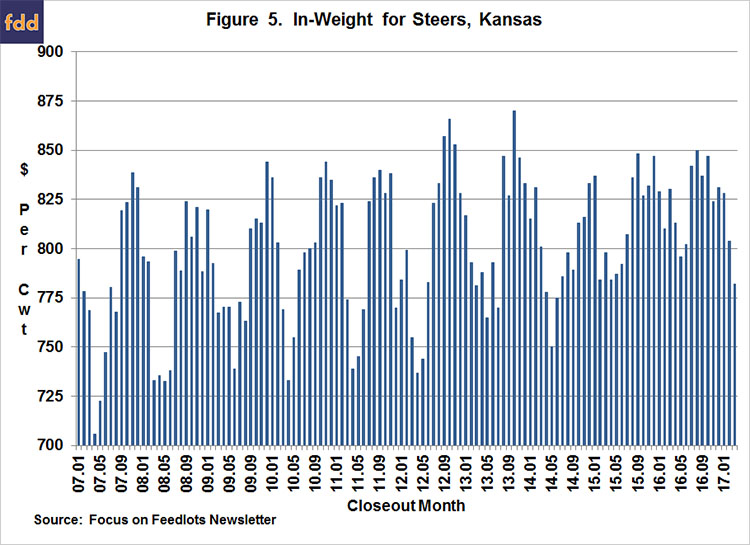 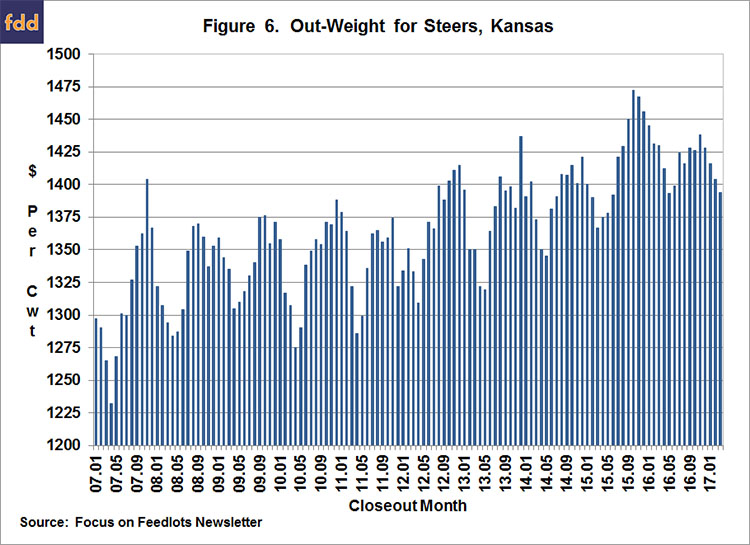 This article discussed recent trends in feeding cost of gain, the feeder to fed price ratio, and cattle finishing net returns. Current breakeven and fed cattle price projections create an environment that is optimistic through August and cautiously optimistic through the rest of 2017. After a disastrous 2015 and 2016, this is certainly welcome news.