With tightening margins and lower crop prices, producers are looking for ways to cut costs. In this article, we will look at power and equipment costs components, how they vary by farm size and the impact on profitability. In 2004, Gary Schnitkey wrote a similar article called “Per Acre Machinery Costs and Values on Illinois Farms, 2003“. We will look at some of the same items that were in that article, but with updated trends, charts and current year data. 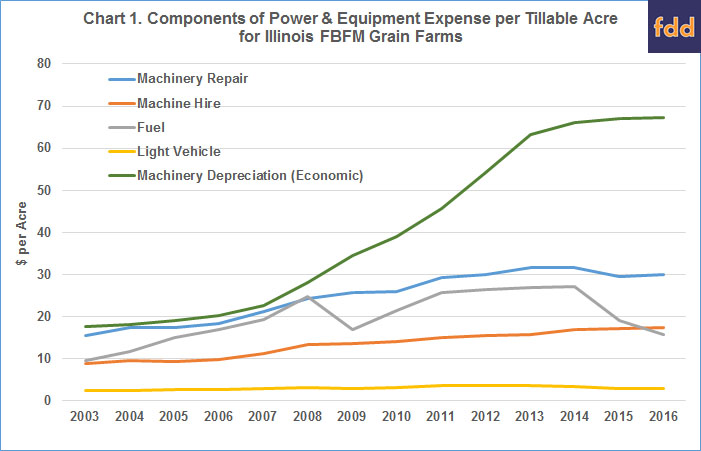 In Chart 1, we see that in 2008 economic machinery depreciation began to accelerate more than the other components of power and equipment costs. The acceleration was due to increased incomes as well as increased expense election limits for tax purposes. Farmers were purchasing equipment to utilize the expense election to have current tax deductions. 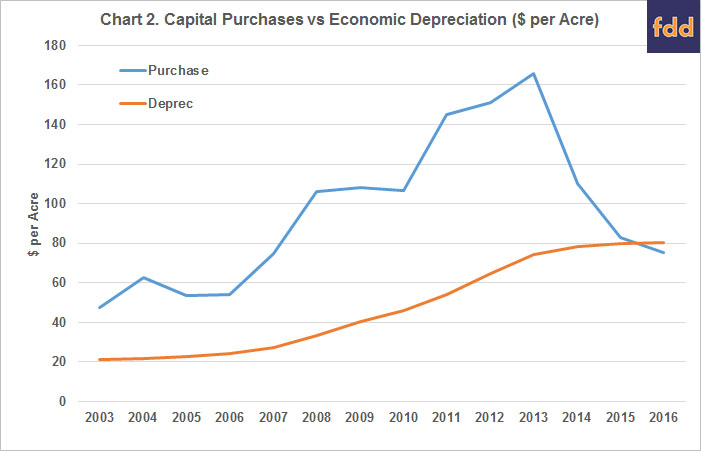 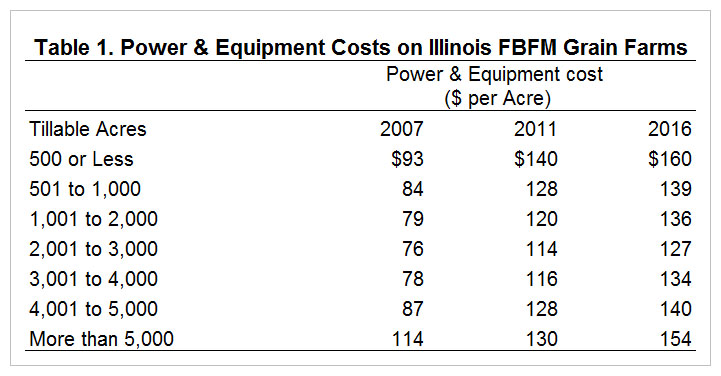