Net farm income is the official U.S. Government estimate of farming’s contribution to the national economy. The USDA defines net farm income as “the residual income leftover after all the factors of production are paid. It represents the returns for operator labor, management, and equity, as well as any other unpaid resources used for farm production instead of elsewhere.” For more information on USDA’s net farm income forecasts, see our previous farmdoc daily articles from August 25, 2017 and August 31, 2017. 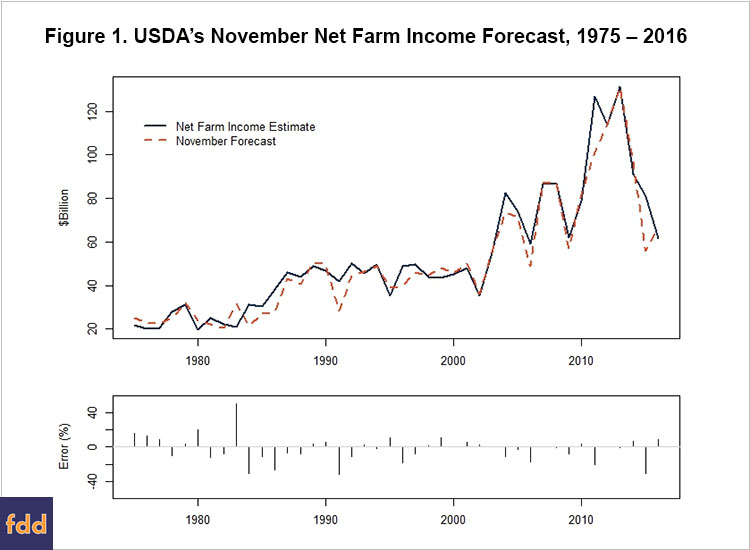 The USDA’s November 29, 2017 forecast of 2017 net farm income, at $63.2 billion, showed little change from the August projection. Based on the historic performance of the November forecast revisions, this projection is expected to be a good predictor of realized net farm incomes. The USDA will release one more revision of the 2017 net farm income forecast in February 2018, and the 2017 official estimates will be released in August 2018.