Projected prices are used to set minimum guarantees for Revenue Protection (RP), a revenue insurance used on over 78% of the corn acres planted in Illinois (farmdoc daily, December 13, 2016). In addition, the projected price sets the per bushel payment on yield shortfalls associated with Yield Protection (YP). Once set, projected prices determine the overall level of revenue and yield protection offered by crop insurance. 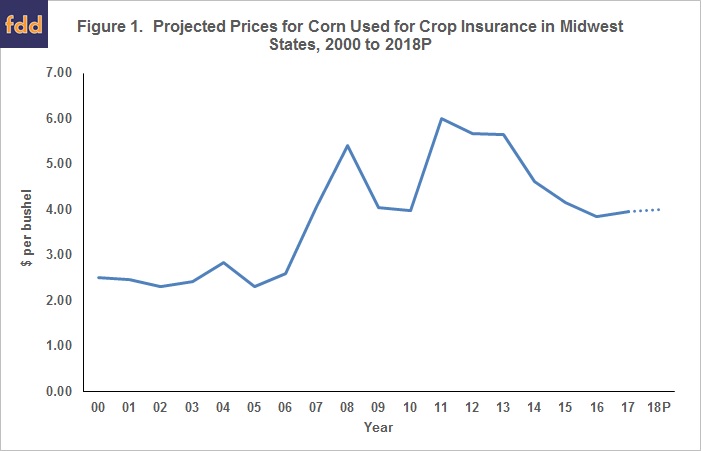 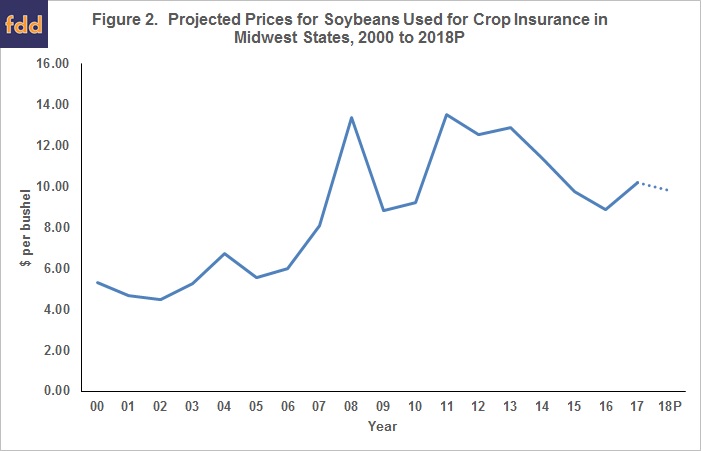 Crop insurance provides valuable revenue and yield protection to farmers. However, use of RP will not set a revenue guarantee that covers all costs on most farms. As a result, farmers will face losses if they receive crop insurance payments in 2018.

The projected prices in recent years are somewhat of a “broken record” in that the outlook is very similar in each year since 2015. Given that trend yields are received, projected prices are at levels that, at best, reflect marginal profitably on many farms. Hence, farmers can only use crop insurance to cut off the severity of losses if revenues turn out to be low or yields turn out to be low.