Both corn and soybean yields were exceptional in 2017, with the national corn yield being the highest ever and the national soybean yield being the second highest. Recently released county yields from the National Agricultural Statistical Service (NASS) show that many areas of the country had very high yields. For corn, many counties averaged over 200 bushels per acre in a stretch of counties beginning in central Illinois and going through southern Minnesota. For soybeans, many counties averaged over 60 bushels per acre.

U.S. corn yields average 176.6 bushels per acre in 2017, the highest national corn yield in the history of the United States. Contributing to this high U.S. corn yield were many counties that averaged above 200 bushels per acre in a geographical area that began in central Illinois and extended through northern Illinois, northern and central Iowa, and southern Minnesota (see Figure 1). A scattering of counties outside this geographical area also had above 200 bushel corn yields, including counties in Washington, Idaho, the panhandle of Texas, the lower Mississippi Delta, Indiana, Ohio, Georgia, and Maryland. 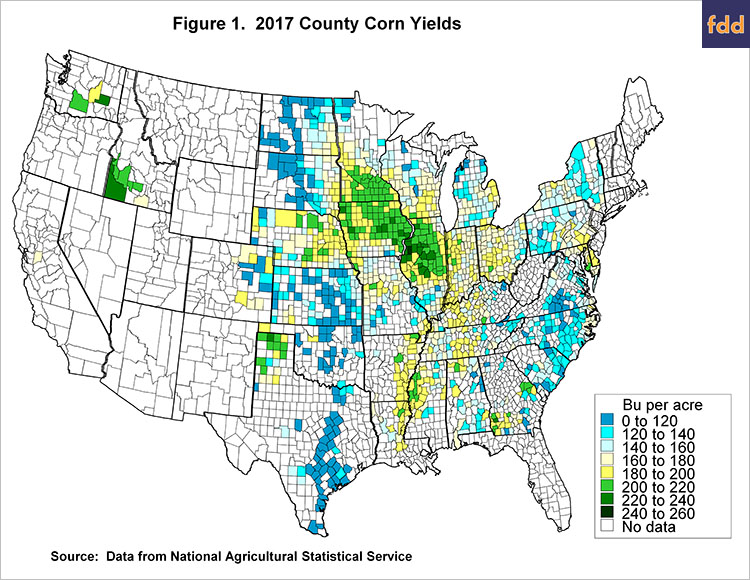 County yields over 200 bushels per acre have become more common in recent years. Current National Agricultural Statistical Service (NASS) data indicates that 175 counties had an average corn yield over 200 bushels per acre in 2017. This count is based on the “all” county yield which includes both irrigated and non-irrigated acres. The 175 counties account for 12% of the 1,481 counties for which yields are reported. The 12% is an all-time high. Percentages of counties with over a 200 bushel yield were 6% in 2014, 5% in 2015, and 10% in 2016. Prior to 2014, the percent of counties that had over a 200 bushel average never exceeded 2%. 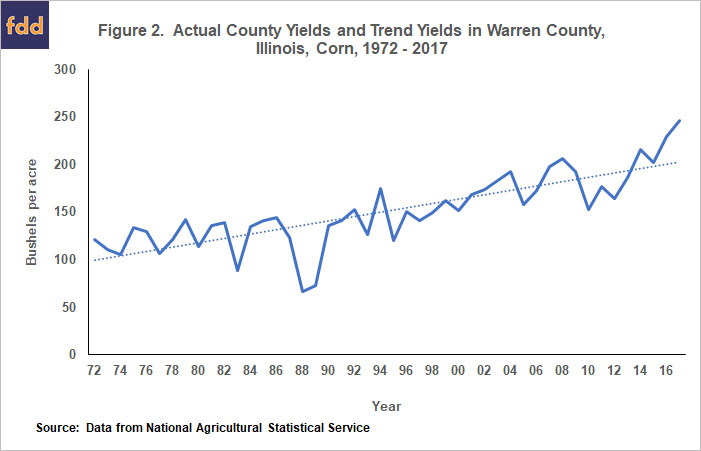 Many counties had above average trends. Figure 3 shows 2017 actual yields minus 2017 trend yields for all counties for which 2017 yield data is available. The actual minus trend differences were calculated in the same way as those illustrated above for Warren County. As expected given a record-setting U.S. yield, more counties had above average trends than below average trends. Counties that had actual yields that were over 36 bushels per acre higher than tend yields were located in Illinois and Iowa, Missouri, along the Ohio River, Mississippi and Alabama and Tennessee, along the Atlantic Seaboard, and in Pennsylvania and New York. Counties below trend tended to be in the Great Plains. 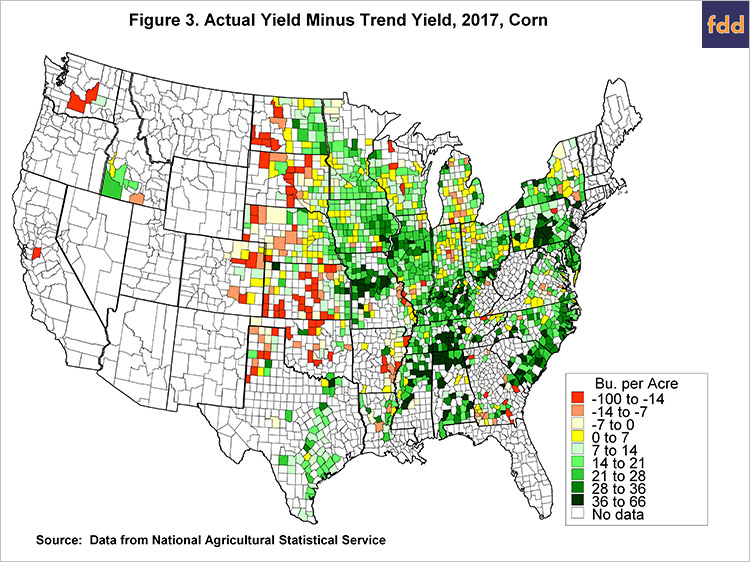 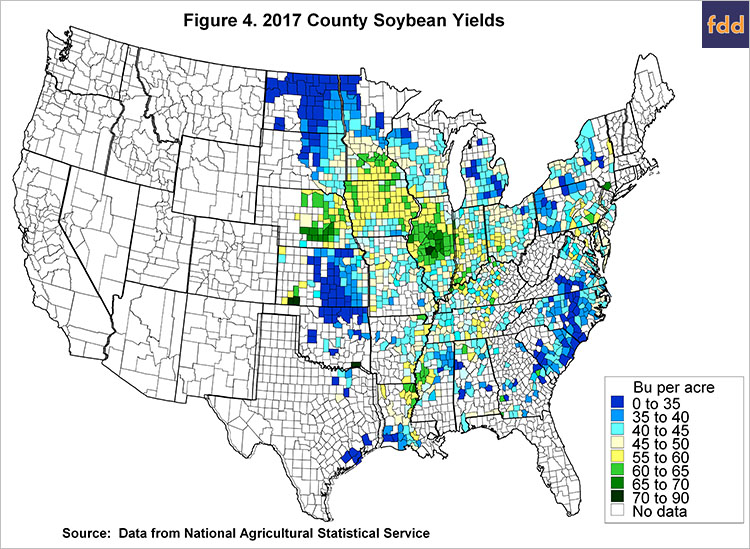 Many counties had 2017 actual yields above trend (see Figure 5). Yields considerably higher than trend were scattered throughout the southern portions of the United States. Concentrations of counties with actual yields were 12 bushels over trend were located in Missouri, along the lower Mississippi and Ohio Rivers, in Alabama and middle Tennessee, South Carolina, and Maryland. 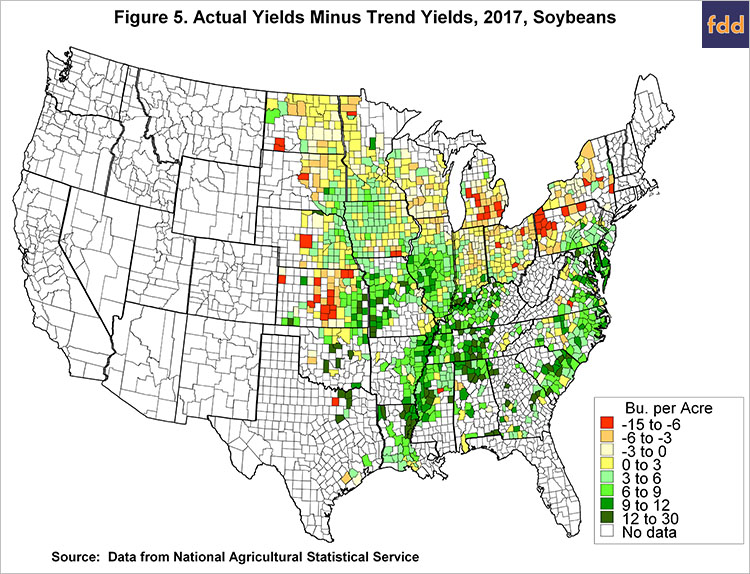