The Federal Reserve has initiated what appears to be sustained, incremental increases in the Federal Funds rate and by extension other interest rates. Current expectation is for a ¾ to 1 percentage point increase in 2018, after a ½ percentage point increase in 2017. Impact of increasing interest rates on cropland prices has become a topic of interest. Recent discussions include a USDA (U.S. Department of Agriculture) report (Burns and colleagues) and a 5-article issue of Choices, an outreach publication of the Agricultural and Applied Economics Association. This article continues the discussion. Using the simple asset capitalization formula, it finds that, since 2003, the increase in land rent is twice as important as the decline in interest rates in explaining higher cropland values. While increasing interest rates clearly create downward pressure on cropland prices if all other factors remain constant, the latter is rare. Other factors, especially rent, can either reinforce or offset the bearish tilt of higher interest rates. Interest rate is an important but far from an all-determining explanation of cropland prices.

Many factors affect the value of cropland, but the core factors are rent (annual earnings) and interest rate. A simple procedure to examine their impact is to compute the capitalized value of cropland. In its simplest version, capitalized value equals rent divided by interest rate expressed as a decimal value (see Sherrick, and Schnitkey and Sherrick for an extended discussion of capitalization). This article examines the role of interest rate and rent in explaining the change in cropland values between 2003-2006 and 2015-2016. These 2 periods bracket the recent period of farm prosperity and have similar ratios of market return at harvest to total cost of production for the 9 crops that USDA publishes production cost (Zulauf and colleagues). The specific data used in this article are the farm real estate interest rate reported quarterly by the Federal Reserve Bank of Kansas City and the per acre price of cropland and cash cropland rent reported annually by USDA, National Agricultural Statistics Service. 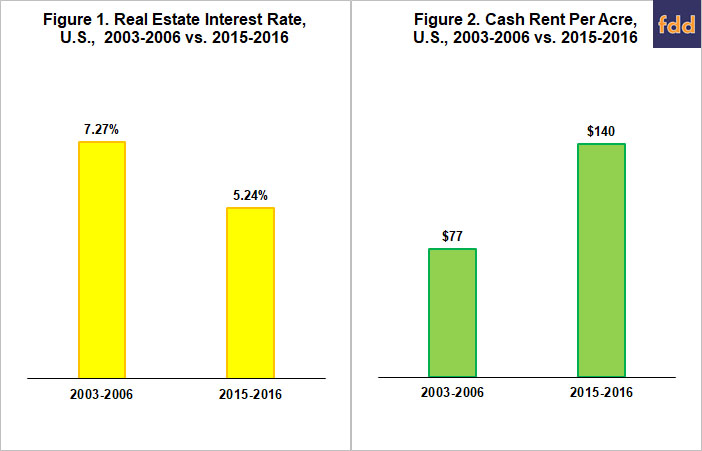 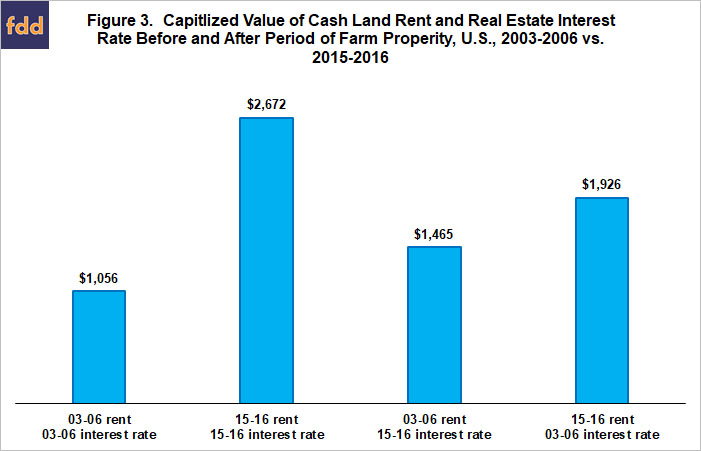 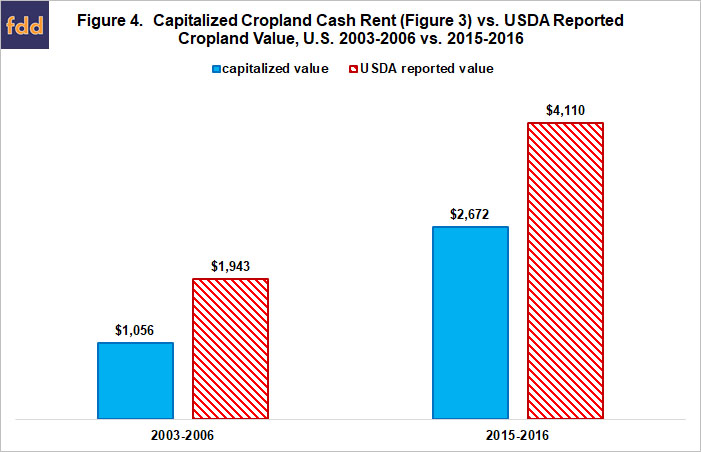 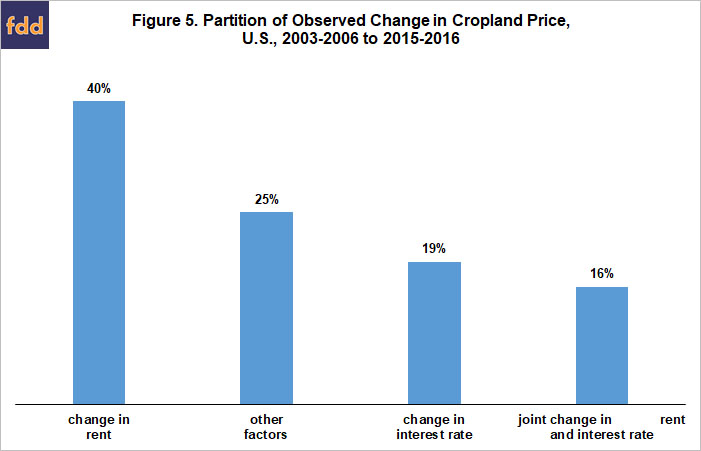