Each year the National Agricultural Statistics Service of the USDA releases estimated average farm real estate values by state.  The estimates are based on surveys of farmers from selected geographical areas.  The surveys follow strict statistical guidelines.  Estimated values maybe revised the following year based on additional information.  Revisions may also be made based on data from the 5-year Census of Agriculture.  The methodology and timing of the study has changed over time but the statistical information provides some insight as to the changes in farm real estate values from year to year. 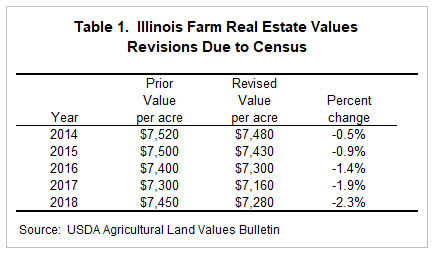 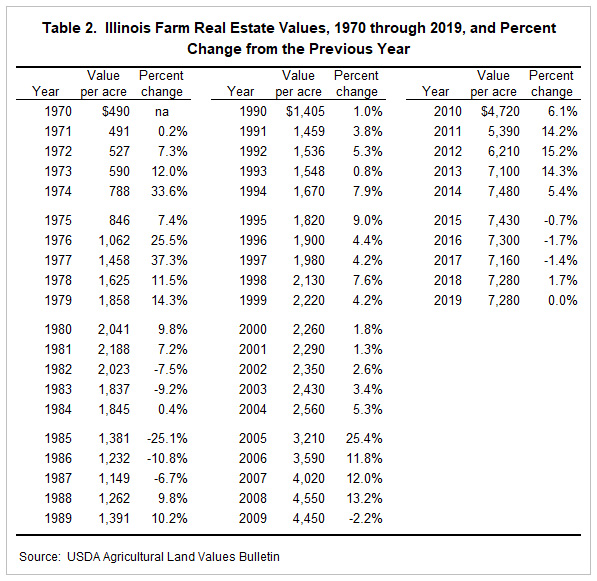 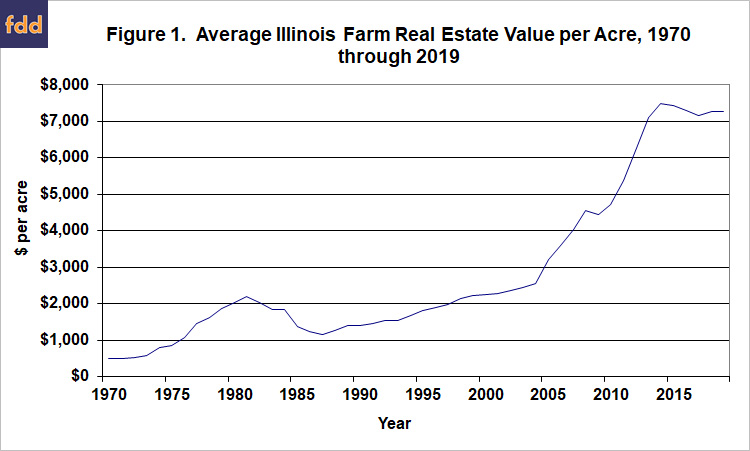 The farm real estate value data is used to construct index numbers of Illinois farmland values.  The index can be found at the farmdoc website: https://farmdoc.illinois.edu/handbook/index-numbers-of-illinois-farmland-values.