Role of Farm Interest Expense in Production Expenses:  US farm production and interest expense have been compiled by the US Department of Agriculture since 1910.  The role of interest expense in cash production expenses, excluding operator dwellings, has varied notably, from a share of 2.8% (1947) to 21.4% (1921).  The range is only slightly smaller over the last 50 years:  4.4% (2013 and 2014) to 18.3% (1982).  Unsurprisingly, the share has been highest during periods of farm financial stress in the 1920s, 1930s, and 1980s.  After an extended and substantial decline between 1982 and 2014, farm interest expense as a share of farm cash production expenses has trended upward. 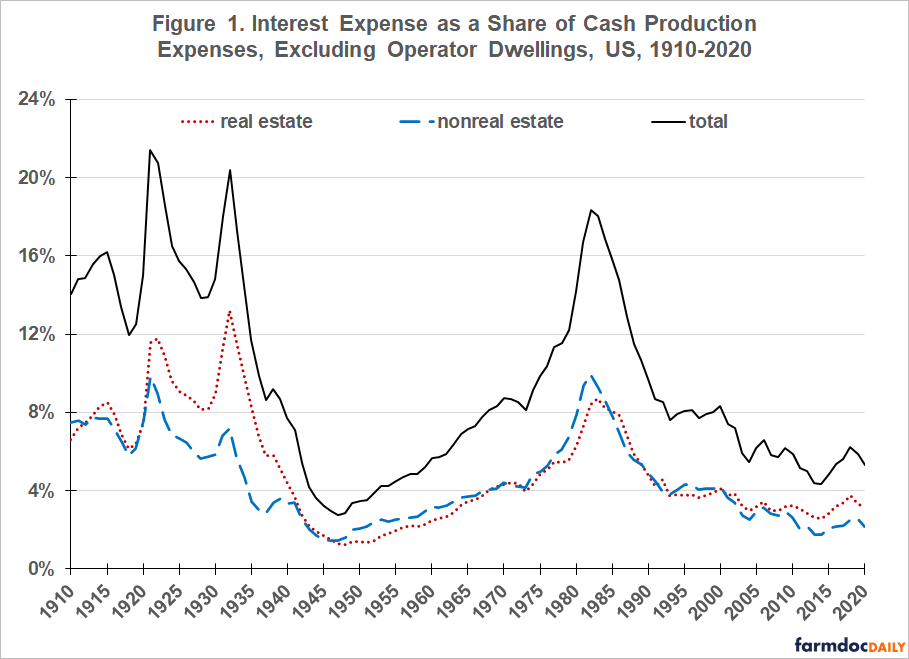 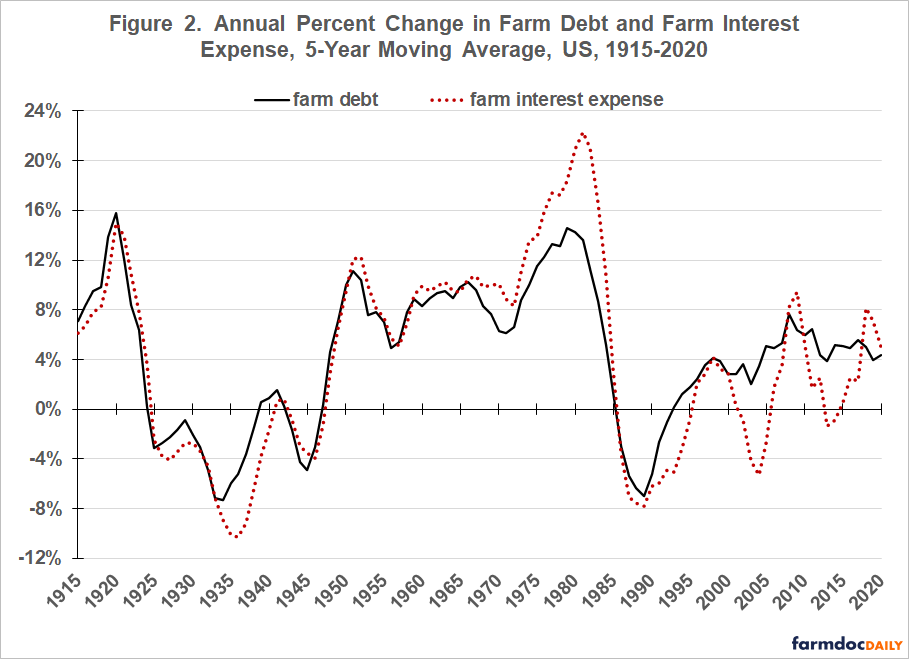 In summary, increasing interest rates, when combined with the 235% increase in farm debt since 1991, are likely to put nontrivial pressure on farm income, especially if inflation does not abate.  The same concern is noted in the February 18, 2022 farmdoc daily article.  Farmers and others in the agricultural supply and production chains need to begin preparing adjustment strategies.